Only in America: Making Sense of Donald Trump’s Political Ascent 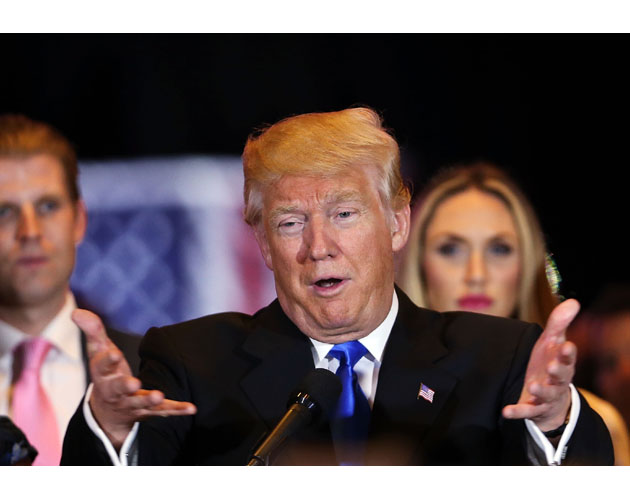 Nothing really makes sense anymore: Donald Trump will be the Republican Presidential candidate in the U.S. elections this November.

After racking up yet another primary victory, coupled with the resignation of his only real competitor, Ted Cruz, Trump’s 2016 run to the top of the Republican Party will be parsed by political scientists for year’s to come: What forces were at play that this ridiculously bizarre, crass, race-baiting, vain, orange-haired, celebrity/real state mogul could successfully win the Republican nomination?

How the 69-year-old political rookie managed to pull off this stunning victory despite repeatedly making a string of abusive and politically incorrect comments, offering no substantive foreign and economic policies and snubbing of the Republican Party establishment, is an unimaginable tale of political triumph that can only happen in America.

Here are some random musings from a confused observer:

So a reality TV show character is going to run for the leadership of the world’s most powerful country?

Insert “bewildering” for “beautiful” and the quote begins to make a bit more sense.

But really, how the heck did he win?

Trump actually ran a masterfully devious campaign. Not only did he have the media eating out of his hand, but he built a massive majority from a coalition of voters:

Early on, his candidacy was a joke.

Even election pundit Nate Silver  – who used statistical analysis to accurately predict the last two U.S. election outcomes – was fooled badly. He assured everyone that Trump had a five per cent chance of winning the nomination. Trump ended up with the last laugh, winning almost twice as many delegates as Ted Cruz, his nearest competitor.

After the 2014 mid-term elections, the Republican Party won its largest majority in the House since 1928 and appeared confident in their chances of defeating Hilary Clinton. Two short years later, that party is now led by a demagogue with no political experience supported by outsider populists.

How divided is the Republican Party?

Just ask its nominee: “I don’t think it’s imperative that the entire party come together. I don’t want everybody.” It seems more than likely that many Republican voters will just sit the election out, all but guaranteeing that Hilary Clinton will be elected.

Is Trump the first nominee to appeal to the anger of underprivileged (white) voters?

Not really. George W. Bush, Ronald Reagan and Richard Nixon all resonated with this electorate, yet they didn’t let it take over their campaigns.

“Folks, I’m a conservative but at this point who cares. We have got to straighten out this country.”  That sounds like classic populism.

Okay, so he’s a populist.

Umm, he’s not that either. Witness: “Part of the beauty of me is that I am very rich.” That sounds like classic elitism.

Does he appeal to Evangelicals?

Trump’s win is a triumph of democracy.

Most political parties, especially those in Canada, are run by a group of unelected insiders who ultimately wield the most power in choosing the leader. Trump’s victory is a poke in the eye to the political elites. Along with Bernie Sanders’ unexpected success in the Democrat primaries, it shows that democracy lives, at least in the U.S.