Opinion: Why Hillary Will Bring Down Donald 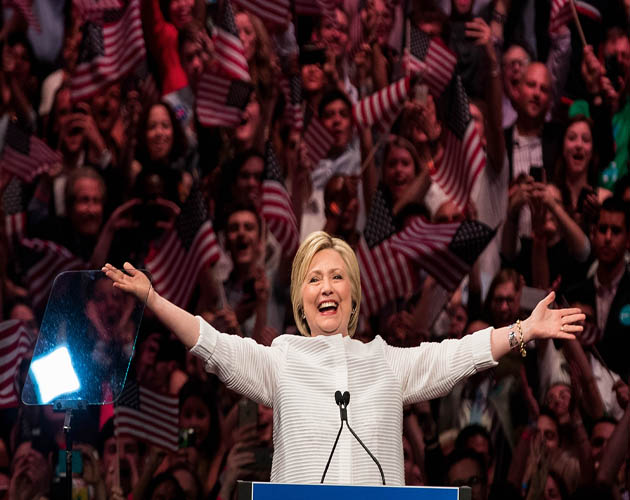 Winning candidates always thank their supporters, as Hillary Clinton did last night in her victory speech.

But I want to take this opportunity to personally thank Hillary.

I want to thank her for staying the course, for overcoming the worst displays of misogyny, both blatant and latent, for putting her mistakes behind her and slogging through to become the first woman presidential nominee of a major U.S. political party.

It is truly an historic moment.

For most of us older women who have also over the years been engaged in a more personal but similar struggle on a much more intimate platform, it’s also an emotional moment.

While Bernie Sanders stubbornly remains in the contest, Hillary has outrun him on every count: the most votes, the most primaries, the most delegates—and enough of them to give her the nomination at the convention next month.

Her next challenge is to bring Bernie’s supporters, including the independents, into the fold.

Reconciliation—as she demonstrated when she conceded to Obama eight years ago—and compromise are just two of her strengths. (It took me a lot longer than it took Hillary to forgive Obama for usurping her.)

But Donald himself will give her a big assist with Bernie’s hardliners. Faced with a choice between Donald and Hillary, they’re likely to see there is no choice.

As for Hillary taking on Donald, I’m not worried at all. In fact, I relish the prospect.

I expect Hillary will do what more than a dozen men—the other Republican candidates—couldn’t do: bring down Donald.

But it won’t be easy.

Despite all of Donald’s craziness, he has one very potent force on his side: society’s double standard about gender, with its misogyny and stereotypes.

We’re bound to hear more about Hillary’s stridency, her being unlikable, her lack of authenticity (whatever that means), her calculated ambition—as if anyone running for president isn’t ambitious. But determined, strategic ambition, while admirable in a man, is often seen as a turn-off in a woman.

And not all women are on board with Clinton’s breakthrough.

Not inspiring? We can expect more of this, a lot more. More references to the cost of her clothing, her tone of voice, whether she’s smiling or not.

But no naysayers or sour grapes from Bernie’s supporters or people who dislike Hillary for whatever reason can diminish or detract from what has just happened. “2016 race seen as a referendum on women in politics,” CNN reported.