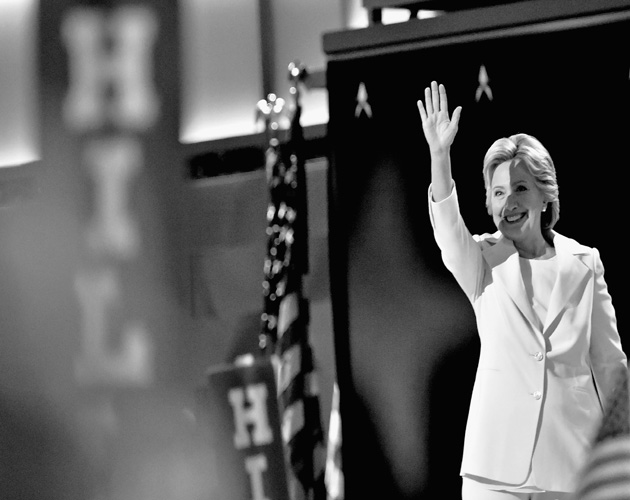 Most of the negative reaction to Hillary Clinton, whether people expressing it realize it or not, is motivated by the standards and expectations applied specifically, and unfairly, only to women.

Last night my oldest American granddaughter begged to stay up late to listen to Hillary Clinton’s acceptance speech. She understood the significance of it.

The youngest granddaughter, a preschooler, was asleep well before we turned on the television to watch the Democratic convention and can’t quite understand what all the fuss is about.

When she gets older, the little one will learn that history was made last night but it will be past history. For her, electing a woman as President will be matter-of-fact, just as it should be.

Strangely enough, there are a lot of people, much older than little Claudia, who also can’t understand what all the fuss is about.

Against all reason, they complain that a Hillary Clinton presidency would be simply perpetuating the status quo.

Hillary’s achievements and unique role in American life are what propelled her to the nomination.

Now, that same depth and breadth of experience and political longevity that made it possible for her to be a leading candidate for President are being used against her.

In a twist that, quite frankly, would not happen to a man, Clinton’s achievements and prominent role in American political life, her impressive C.V. and her dedication and perseverance, are made to seem detrimental.

Would Joe Biden, with his long years of service, have been derided as “status quo” if he’d chosen to seek the presidency?

Even Clinton’s ambition to break the barrier against a woman as President and Commander-in-Chief is being seen as “too ambitious.”

And of the many negative things said about Donald Trump, have the words “too ambitious” ever been used against him?

Most of the negative reaction to Hillary Clinton, whether people expressing it realize it or not, is motivated by the standards and expectations applied specifically, and unfairly, only to women.

It’s also significant that the voters who are least likely to vote for Clinton, according to poll results, are white men without college degrees.

Their world, and our world, is changing.

We see it as changing for the better. They, understandably in a way, do not.

And just as the signs at the convention proclaimed, Hillary Clinton is the change maker.

Just in time for my American granddaughters to grow up believing that a woman can be and do anything.