Why History Will Certainly Be More Kind To Stephen Harper 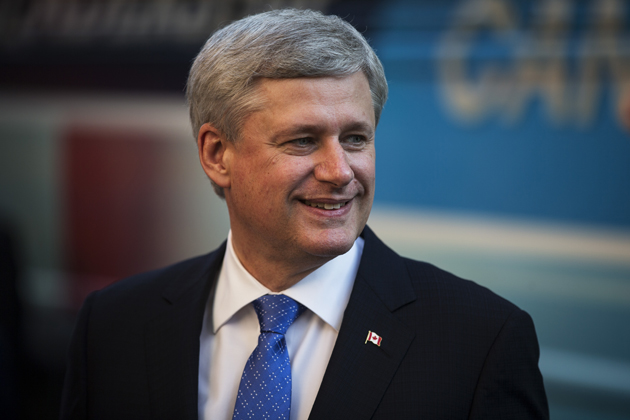 With a short and upbeat message posted to his Facebook page on Friday, Stephen Harper announced he’s stepping down from the House of Commons and leaving politics behind. But was he really so bad?

Since his defeat last year, the 57-year-old former prime minister has continued in parliament and participate in votes—but not once has he gotten up to speak.

Today, however, he’s broken his silence:

“As I bid farewell to the Parliament of Canada, and prepare for the next chapter of my life, my eternal thanks to the constituents of Calgary Heritage, to the members of the Conservative Party, and to all Canadians for having given me the honour of serving the best country in the world.”

It’s curious that a long-serving Prime Minister (2006-2015) could depart so quietly and with so little fanfare. Perhaps that speaks to how unpopular he’d become to many Canadians.

It’s safe to say that no politician since Brian Mulroney has inspired such a visceral hatred from the media and public alike. During his time in office, Harper was portrayed as an aloof, conniving, draconian, patronizing, mean, uncharismatic and boring politician. One of the few prime ministers who didn’t come from a big law firm (he was an economist), Harper never quite fit into the Ottawa establishment, was despised by the bureaucracy and ridiculed at every turn on social media.

While it became so easy to mock him, few seemed willing to point out his major accomplishments. Chosen as the leader of Reform in 2002, he merged his western-based party with what was left of the old Conservative Party. It was a political coup of major proportions: marrying a socially conservative western Reformers with the fiscally conservative Red Tories, two bases that had never shared any love for each other.

He arrived in Ottawa as leader of the new Conservative Party at a propitious moment, with the federal Liberals were reeling from a string of corruption scandals. After leading his party to two minorities, in 2011 he finally won his majority, the party’s first since 1998.

What he lacked in charisma, he made up for in skillful politics. Harper established a firm control over his cabinet, which was largely kept in check by the ominous Prime Minister’s Office.

Harper’s revolutionary legacy, for which he’s never been recognized, was his fiscal policy. During his tenure, his philosophy was to cut taxes, end wasteful spending, balance the budget and reduce the deficit, ending the profligacy of previous Liberal governments. He also skillfully steered the country through the global recession, an accomplishment for which he  was  never given sufficient credit.

Ignoring these achievements, the media preferred to drone on about massive cuts to healthcare, the public sector and the CBC, none of which ever came to pass. In fact, public sector spending grew under Harper—ironically, causing many in his own party to accuse him of being too liberal with the public purse.

So, on this quiet late-summer Friday, Canadians say goodbye to Stephen Harper, a misunderstood, disliked but, I think, underrated prime minister. Today, few will have anything nice to stay about the man or the politician. History will certainly be more kind.