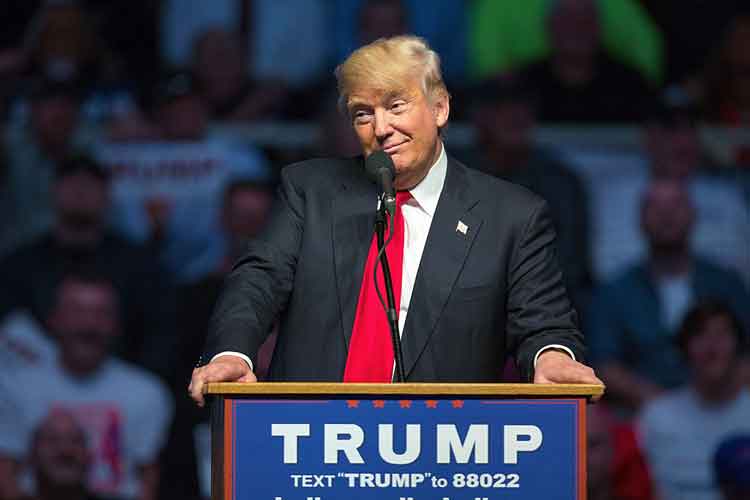 Actress and author Lena (Girls) Dunham once said that she’ll move to Canada if Donald Trump is elected president. No word yet on whether she’ll actually follow through now that Trump has been elected president. But she’s not the only one who wants to come over to the side where happy days are here again.

In fact, as the results of the U.S. presidential election poured in on Tuesday, Citizenship and Immigration Canada’s website crashed due to a traffic surge, causing speculation that Americans unhappy with the election results flooded the site with requests because they’re considering moving north.

While the website may have information about immigration procedures and residency requirements, we think it’s just as important for prospective Canadians to become familiar with Canadian etiquette:

1. When flying on a Canadian airline and occupying a middle seat, remember to stay as small as possible, in order not to annoy the people on either side. Do not attempt to use the armrests, as this would be considered assertive and therefore un-Canadian.

2. Never mention achievements. Canadians do not boast about themselves or any family member. Double down on that if it’s about your children. We don’t want to know if your offspring has developed a new social media program that could rival Facebook. We especially don’t want to know if she’s 13.

3. Temper your success. The only success Canadians want to celebrate are finding a cure for cancer or winning the Stanley Cup. If you’re not involved in either of the above, forget it. Be aware: too much success in any other field may result in extradition back to the U.S.

4. If you see a famous celebrity in a restaurant or on the sidewalk, do not respond or acknowledge that this is someone worth looking at. Do not under any circumstances approach this person for a selfie or an autograph. Some exceptions are allowed: Justin, Sophie, Royal personages, Peter Mansbridge, Mick Jagger. Borderline are Jose Bautista and Margaret Atwood.

5. Do not question the nationality of people Canadians consider Canadian. We claim them as Canadian even if they were born elsewhere, spent their entire lives after birth residing in another country, and do not hold Canadian citizenship. However, we do not claim Ted Cruz who was born in Alberta.

6. Leave all your prejudices on the other side of the border. We are tolerant to a fault, whether it’s about ethnicity, religion or sexual orientation. Nevertheless, we do tend to think that Tea Partiers are completely nuts and most Republicans are suspect.

7. Learn how to tap your credit card so you don’t hold up other people waiting in line.

8. Refrain from saying anything disparaging about Canadian football or Tim Hortons coffee. On the other hand, it’s not impolite to complain about the Canadian climate. You can also complain about exorbitant real estate prices, sticker shock and traffic in Toronto. We all do.

9. Best not to say much about the Canadian universal health system or Canadian taxes. We’re very conflicted about these and you might say the wrong thing. We Canadians do dump on the health system all the time because of very long waits for procedures and very short doctor visits—if you can find a doctor. But we also don’t pay for health care and no one loses their home or goes bankrupt to pay medical bills. Sure, you’ll have to wait months, maybe years, for a knee replacement but it won’t cost you $33,098 U.S., the average cost in the country you’re escaping.

10.  Realize that Trump is the anti-Canadian in every way and because that’s why you’re here, you’ll do just fine and we welcome you.