Are You A Helicopter Grandparent? 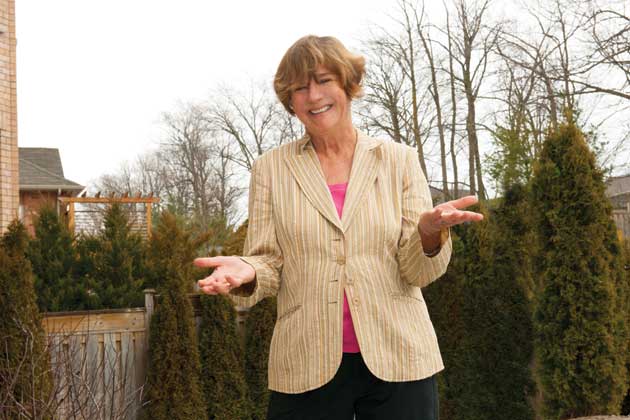 When we raised our own children – successfully or not – to maturity, we believed we were finished with worrying. Of course, for most of us, ending worry is about as realistic as ending personal income tax. We still worry about our children, even when they’re responsible grown-ups.

There are the usual daily concerns. I worry when the weather calls for freezing rain and my daughter is commuting home from work or an airport is socked in with fog when my son-in-law is scheduled to arrive. I have to fight the urge – a difficult challenge for a control freak – to phone and issue warnings or concerns.

Who would have predicted that with grandchildren, some of us would simply transfer that fretting and worrying to them? Are you a helicopter grandparent, hovering over your grandchildren and panicking over what could happen to them and constantly thinking of ways to protect them from risk?

Our children are doing a great job of raising our grandchildren and, hopefully, we tell them that. They have challenges we never dreamed of when we were in the same position. Our challenge is finding appropriate ways of supporting them in diminishing the obstacles in their job of child-rearing.

What a difference a generation makes! Our own children walked to and from school on their own and played wherever in the neighbourhood with the only proviso that they “be home for dinner” or “before it’s dark.” That kind of unsupervised activity is no longer considered safe in most towns and cities in Canada today. Their safety from predators as well as the rising incidence of bullying is, unfortunately, a legitimate concern.

Too much technology is another problem we didn’t have to face. Children today are plugged in at an early age with DVDs in the backseat of the car, their own cellphones, social networking, hand-held games and a myriad of television programming. The fact that they have too much technology at their disposal is another issue for another day.

The long-term effects of this bombardment are unknown, but it can be safe to say that the risks of early sexualization and the impact of violence in television programming and games are definitely matters for concern.

Besides what grandkids see and hear through technology, a secondary concern is that we have a generation of couch kids, and the statistics regarding obesity among children is a serious problem. Of course, the fast food industry contributes to obesity as well, but parents and grandparents also need to wrest the Xbox controls out of the kids’ fists. Parents need to set their own example, of course, and “unplug” if they want to set a good example for their children.

It seems there is justification for being a helicopter grandparent with these kinds of issues. The question is: what do we do about it? At the risk of yielding to foot-in-the-mouth disease, when do we say, “I’m worried”?

Hovering is acceptable behaviour for grandparents as long as it doesn’t become obsessive. “Pick your battles,” says Dr. R.C. Dubuc of Ottawa. “If you’ve developed the reputation of worrying about every minor concern, you won’t be taken seriously for the big events.”

Patience is difficult to manage but, if practised, it pays off. Wait until your grandchild’s parent asks for advice. You may wait forever, but miracles occasionally happen. In the meantime, let them know you’re there to be a sounding board.

Grandparents are important in a child’s life by offering stability and unconditional love. They can also influence children by being a good role model. Spending quality time, without anything being plugged in, sets a good example.