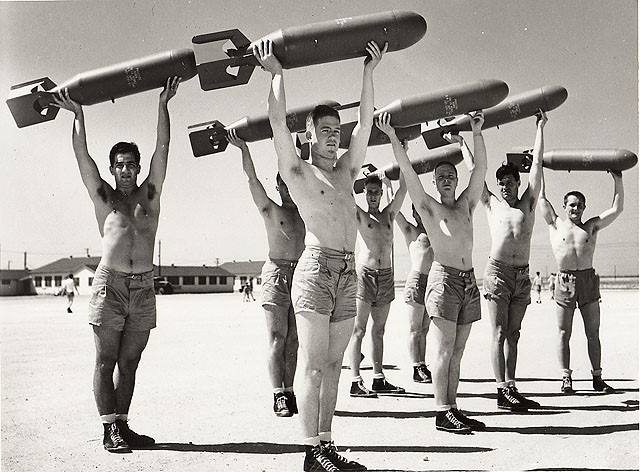 North America’s biggest Pride festivities are set to take place in Toronto this weekend, and in celebration, we’ve compiled 10 of the “gayest” moments in hetero history. As straight folks continue to evolve on same-sex marriage and other rights, this list is a reminder there’s a little bit of gay in all of us.

The magical appearance by Prime Minister Pierre Trudeau at the 1970 Montreal Allouttes Grey Cup game is arguably just as pimp daddy as it is flaming. Judging the gleeful reaction of many a cowboy hat-wearing spectator, the seeds of Brokeback Mountain may have quietly been planted by the politician who wisely argued that “the state has no business in the bedrooms of the nation.” 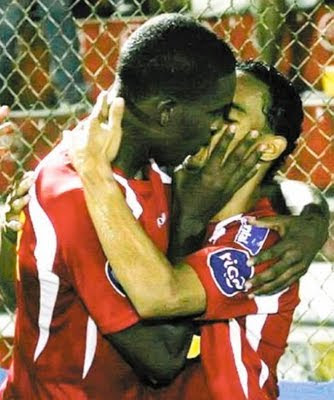 It’s not just the fans who suddenly turn rainbow at sporting events. Many an athlete blur the lines after scoring, getting to home plate, slam dunking and many other manner of cliche.

7. The Original Batman and his Boy Wonder

Okay, sure this photo is rotated for dramatic effect, but the point is clear: the dynamic duo were a rather cosy couple with their leather short shorts and secret (daresay anonymously glorious) nocturnal hijinks. We won’t even mention The Joker. No idea what this Army promo shot is all about, so don’t ask and don’t tell.

Yes, UFC is full of tough guys but, as this viral photo shows, the line between being fighters and lovers is only a few blurred pixels away.

As contrived as it was, this iconic smooch between pop queens Madonna and Britney Spears (plus Christina Aguilera) literally set tongues wagging. Puckered at the 20th MTV Awards in 2003, it was the same watershed year The Ellen DeGeneres Show debuted on television.

Rumours of a gay Sponge Bob reached a frenzy in 2005 when U.S. conservative groups flipped out over a music video featuring the cartoon character that was considered a means to “manipulating and potentially brainwashing kids” into an alternative lifestyle. One where starfish and sponges live in sin and practise the love that dare not speak its name.

2. The Many Suits of Don Cherry 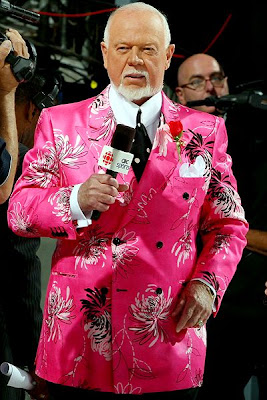 The Liberace of NHL hockey has unwittingly slipped queer culture into the minds of HNIC fans everywhere, making up for the lack of shiny tights, skimpy shorts and ass-slapping seen in other pro sports.

Whether you love it or despise it, The New Yorker captures the zeitgeist in this cover of PBS power couple Bert and Ernie enjoying the U.S. Supreme Court marriage equality ruling that all people – straight, gay or muppet – are entitled to legally tie the knot.