The Vegas Massacre: What Was Stephen Paddock’s Motive? 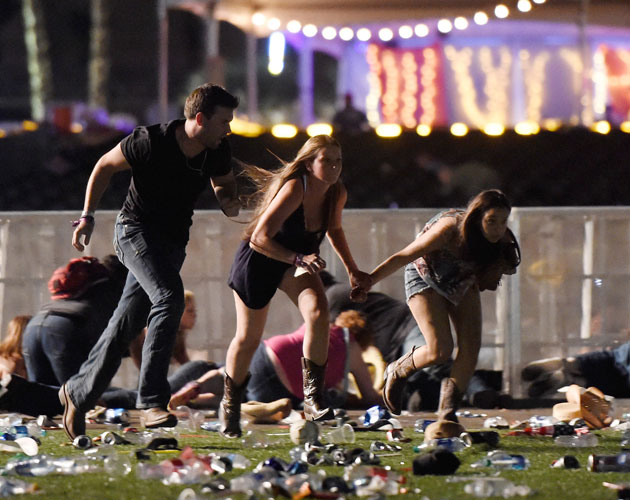 As Las Vegas grieves in the aftermath of America’s worst ever mass shooting, we ask ourselves why Stephen Paddock, 64, a seemingly typical retiree, would carry out such a senseless act of violence.

The dead are being mourned. The wounded are being healed. But in the aftermath of America’s worst ever mass shooting, no reason can be found for the carnage,

Why did this 64-year-old man with no criminal record, no link to any radical cause, nothing in his life to suggest he would want to do this, nevertheless stockpile dozens of weapons so he could perch above a crowd of concertgoers at an outdoor festival and rain down a hail of bullets to kill and main as many fellow human beings as possible?

How do you get to be 64 years old, living a normal, unexceptional, comfortable life, and then, one day, become a mass killer?

We’re used to hotheaded young men motivated by radical politics or religion or resentment, jihadists and white supremacists and anarchists, angry young men bitter about being losers or impoverished or underprivileged, all fuelled by the testosterone of youth.

But Stephen Paddock was none of these.

He was, by all accounts, a wealthy retiree who liked to play golf, gamble and go on cruises with his girlfriend. It’s likely that we all know men who fit that description.

And that’s why we’re all desperate to find out about a motive.

As far as authorities can discover, there was nothing in his background to link him to any extremist ideology or group intent on terrorism and no explanation for his becoming a lone wolf terrorist with a grudge.

His own brother was dumbfounded, not for a moment imagining that he could do this.

We may yet learn that his twist to the dark side had some connection, biological perhaps, to his father, a bank robber who died in prison after being on the FBI’s 10 Most Wanted list.

Or maybe it had something to do with his 62-year-old girlfriend, Marilou Danley, leaving him to return to her native Philippines. We don’t even know yet whether she just left on vacation or whether she broke off with him permanently and his despair led to mass murder.

All that is conjecture at this point.

We search for a reason because we want to make sense of the slaughter. There is, of course, no real rationale or explanation for what is essentially a senseless act.

But if a motive can be discovered, if Paddock chose to do this awful thing for a reason, incomprehensible as it may be, then we can at least be reassured that the Mandalay Bay massacre was not just a totally random act of evil, an expulsion of bile in the form of bullets by an ordinary, law-abiding, successful 64-year old man, a poker-playing retired accountant who sent boxes of cookies to his 90-year old mother.

Because what may be more frightening than being at risk of being caught up in an act of violence is the possibility that anyone, for any crazy reason or no reason at all, is capable of carrying it out.