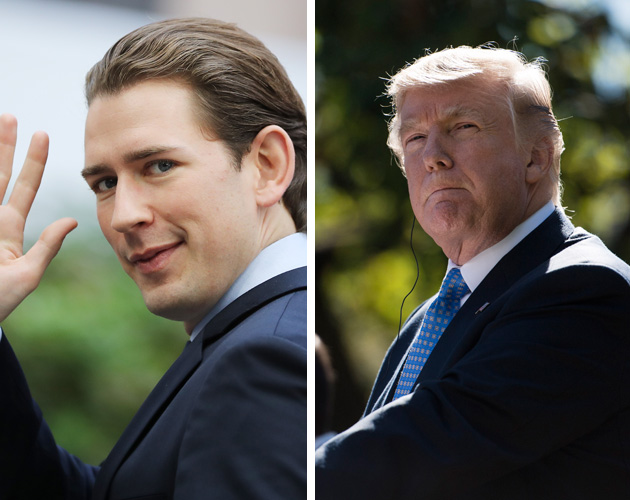 There’s a political revolution afoot, one that’s seeing the younger generation finally achieving their long-held desire for the older generation to step aside and let them run the world.

Emerging from their parent’s basements, young leaders are winning elections by strategically distancing themselves from the “old-guard” who practice an outdated form of “business-as-usual” politics. They eschew the traditional left-wing/right-wing labels, are not shy in sharing their personal lives and innermost feelings on social media and are, to put it bluntly, damned good dressers.

Sebastian Kurz, the newly minted Chancellor of Austria, is at the forefront of this emerging youth. At a precocious 31 years old, Kurz is joined in the leaders’ club with fellow 30-somethings:

While older voters seem prepared to give them a chance, it’s the young supporters this new breed of leader is really chasing. And they’ll do anything they can to distinguish themselves from the old-school and get the kids interested enough to actually get out and vote.

“They don’t dress in established conventions. They don’t talk the same. And in the visual culture of a social media world, they understand how, increasingly, that can convince voters that they are not the same,” says a recent New York Times article.

Voters obviously feel that these youthful “whiz kids,” as Ireland’s Varadkar, calls them, understand the modern world and its challenges a lot better than older boomers.

But will these hipster but inexperienced upstarts make good leaders?

While the revolution is clearly underway, many older voters suspect there’s more style than substance at work here. The countries that really rule the world state still rely on older leaders. At 71, Donald Trump, President of the U.S and de facto leader of the free world, is part of the 60-something generation that still controls world affairs, including:

Of course, the overriding problem of presenting yourself as young and vigorous candidate is that there’s always someone more youthful and vigorous coming up behind you. Canada’s own Justin Trudeau, now 45, swept to power in 2015 in a burst of energy and youthful enthusiasm, defying the opposition charge that “he’s just not ready.” Two years later, however, he’s become the oldest leader of the big three parties: both Conservative leader Andrew Scheer and the NDP’s Jagmeet Singh are a youthful 38.

It will be interesting to watch the generational transfer of power develop. Will the young leaders mesh with their older counterparts and create government that looks after the interests of both young and old? Or will the older generation use their still massive voting advantage to keep the kids out of the picture for a while longer.