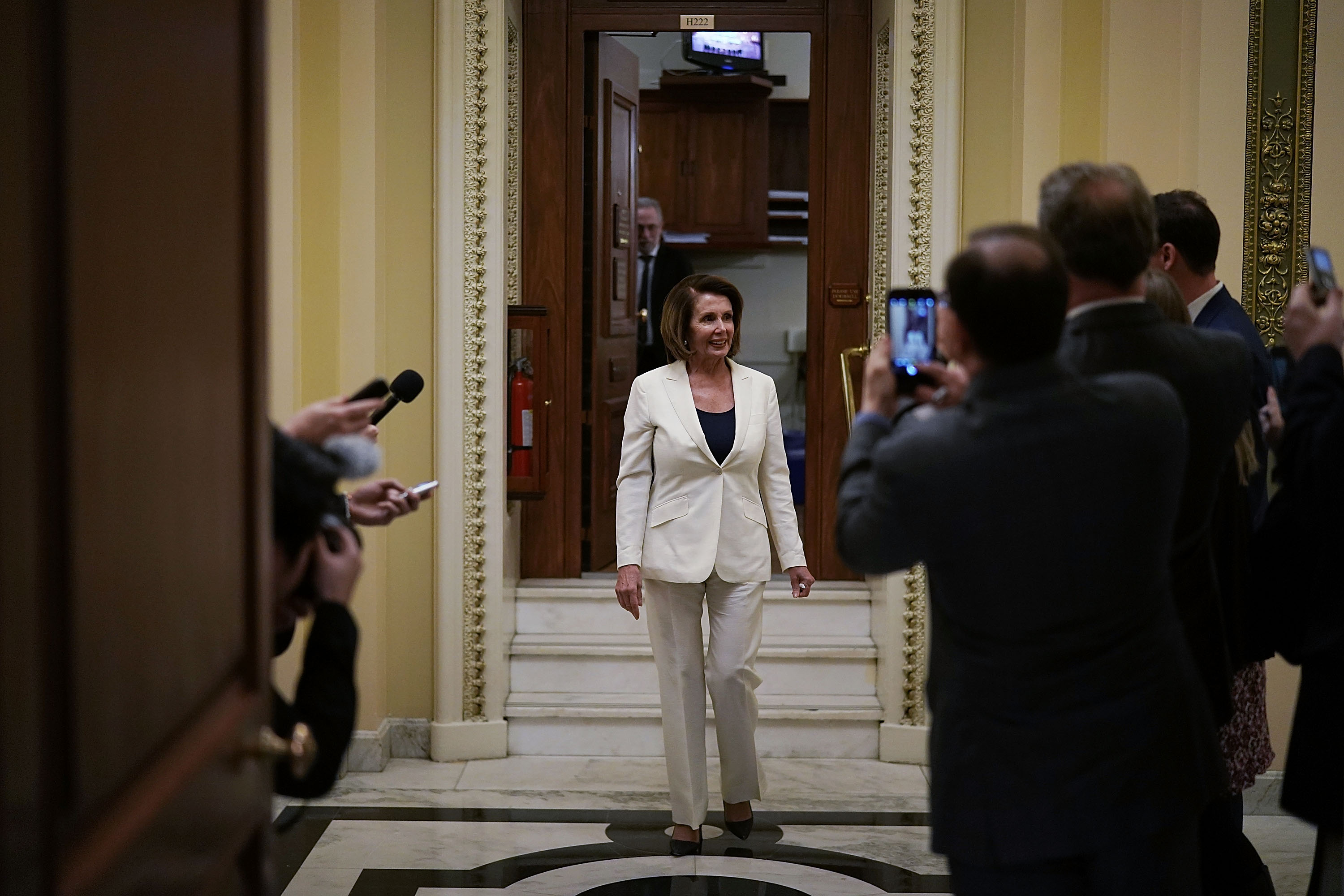 Remember how it was said that Ginger Rogers did everything Fred Astaire did in their dance numbers except that she did it backwards and she did it in heels?

On Feb. 7, U.S. House Minority Leader Nancy Pelosi  — who was also the first ever female Speaker of the House — set a record for the longest continuous speech in the U.S. House of Representatives.

And she did so in heels.

Four-inch stilettos, to be precise.

The 77-year-old Democrat from California stood there and spoke for eight hours, starting at 10:06 a.m and finishing at 6:11 p.m.

No break for lunch or a snack.

No break for a trip to the bathroom.

And that she was wearing four-inch stilettos?

She did it to impress on her Republican colleagues, especially her counterpart, House Leader Paul Ryan, that the Democrats are determined to protect the young people who came to the country as the children of illegal immigrants — the so-called Dreamers.

The Deferred Action for Childhood Arrivals kept in place by Barack Obama is in jeopardy of ending on March 5, leaving almost a million young people in limbo.

Pelosi’s verbal marathon, reading letters from the Dreamers, was meant to force a vote in the House, instead of vague promises.

Sure, there are Pelosi haters who will put this down to a stunt.

Pelosi’s grit and sheer perseverance — she’s been a party leader in the House for 12 years and a House member since 30 years — are an abomination to a lot of people, especially men.

And that she was wearing four-inch stilettos?

Here’s an outspoken, hard-driving woman who refuses to look and act her age.

She’s already defying society’s expectations for 77-year-old women just by being where she is, and by availing herself of whatever means necessary to appear much younger.

Also, she did exactly the opposite of what women of any age are supposed to do: keep their mouths shut.

When Hillary Clinton lost last year and the Democrats were soundly defeated in the House as well as the Senate, some high-ranking Democrats called for Pelosi to step down. Time for new leadership, they insisted. Time for Pelosi to go.

She stayed the course.

Even #GoNancyGo was a hashtag much by in use by admirers and it meant exactly the opposite of time for Nancy to go. It meant, “Keep going, Nancy!”

And she did, doing something no one has ever done to set a record, standing up for social justice.

And that she did it in four-inch stilettos?