The Kids Are All Right: Students Stage a Walk-Out to Protest Mass Shootings 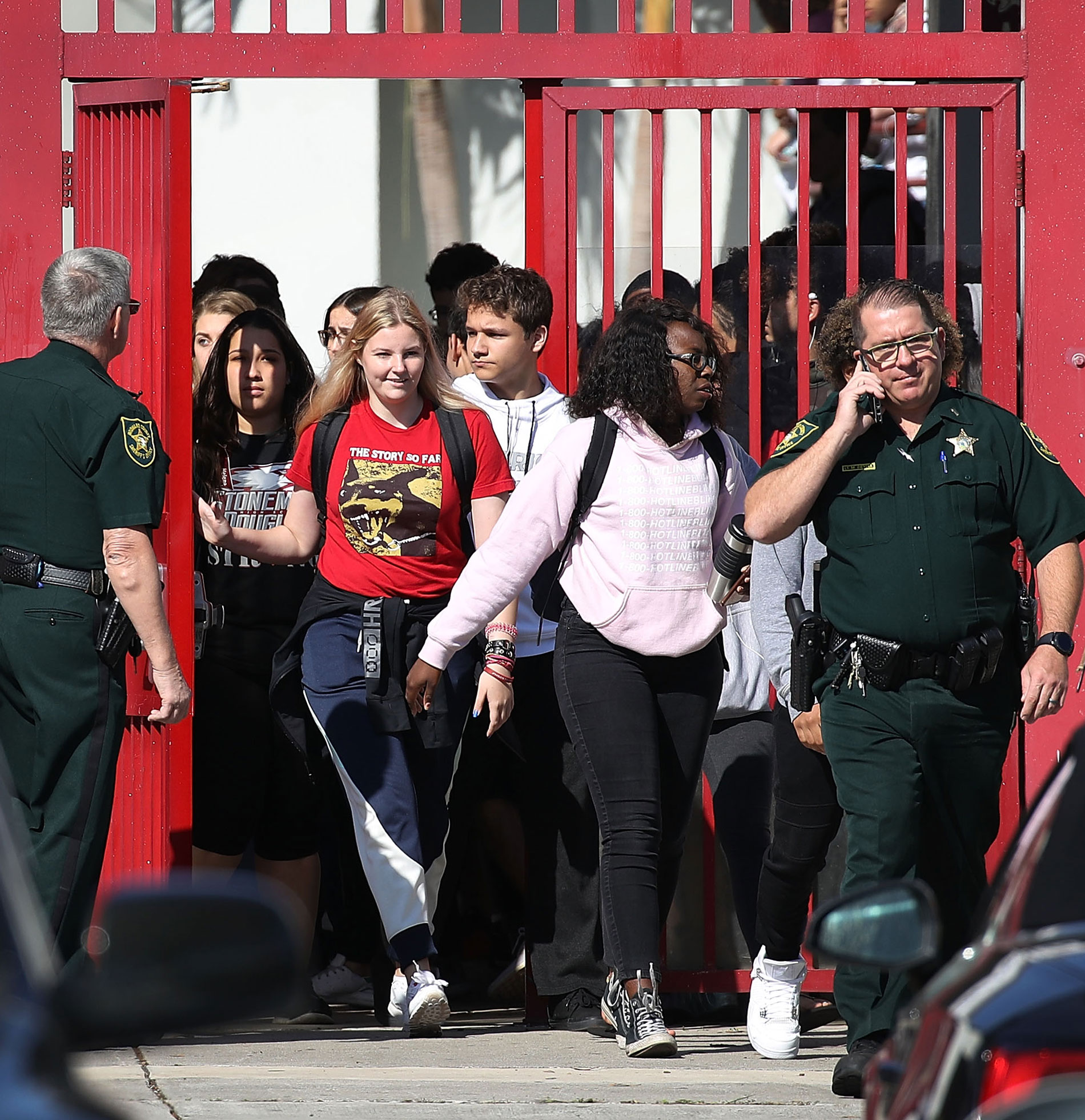 PARKLAND, FL - MARCH 14: Students from Marjory Stoneman Douglas High School walk out of school to honor the memories of 17 classmates that were killed during a mass shooting at the school on March 14, 2018 in Parkland, Florida. The students joined others around the country to mark the one month anniversary of the shooting with a National Walk out day. (Photo by Joe Raedle/Getty Images)

“Young people] have exalted notions, because they have not been humbled by life or learned its necessary limitations… (yet they) think themselves equal to great things.” – Aristotle

Funny thing about “What’s wrong with the kids today?” It’s a complaint that’s filled all our yesterdays.

As much as adults have risen to support the U.S. students who walked out of school on the one-month anniversary of the gun massacre at Marjory Stoneman Douglas High School in Parkland, Florida, there’ve been no shortage of adults finding fault.

The young men and women have been said to have been manipulated by (a) teachers, (b) the media and (c) anti-gun liberals. And in one of the most sickeningly perverse memes of our time, the original Florida activists have been accused by conspiracy-nuts of being “event actors.” Because, of course, these young spokespeople are far too articulate to be actual teens.

The President’s solution to it all? Arm Teachers. Ironically, the day before Wednesday’s national walkout, a teacher in Monterrey, California accidentally injured three students when his gun went off in a firearms safety course.

For teens trying to make sense of the adult world they’re inheriting, it must be confounding beyond belief. Being a responsible, intelligent, socially-conscious adult is something a young person is supposed to aspire to. Adults are above reproach, to be respected.

And yet, suspicion of the young, their motivations and motives is as old as our written history.

This year, recreational marijuana will be legal in Canada, 95 years after it was made illegal. But we still haven’t solved the problem that justified making it illegal in 1923 in the first place – the state of these kids today.

Emily Murphy is best known as the first female magistrate in Canada and one of the “Famous Five” of Canadian feminism, the group that collectively launched the Supreme Court challenge that resulted in women being declared “persons.”

But she was also a journalist who wrote for Maclean’s under the name Janey Canuck. In that role, she almost single-handedly stirred up the drug panic that resulted in marijuana being added to the schedule of proscribed drugs. Her columns on the subject of drugs were expanded into a book called The Black Candle, which directly influenced the legislation. (It should be noted that there would not be a single charge laid in Canada under this new law for nearly a decade).

Marijuana, introduced by non-white foreigners, was “used for the corrupting of youths and maidens between the ages of 17 and 22,” she wrote. It seemed logical to people who saw young people flouting convention, listening to jazz, drinking illegal liquor and dancing.

And oh yeah. What about jazz? The Ladies Home Journal in 1921 declared, “never in the history of our land have there been such immoral conditions among our young people. And in the surveys made by many organizations regarding these conditions, the blame is laid on jazz music and its evil influence on the young people of today.”

Banning pot was no big accomplishment, since there was no opposition and virtually no knowledge of what was being banned. Banning jazz would have proved much more difficult, and so its harmful affect would remain unchecked until the introduction of Kenny G.

In the meantime, the problem of “the kids today” continued through the 20th Century.

For a while, the problem seemed to abate. The young people who would come to be known as the Greatest Generation were apparently too busy surviving the Depression and defeating Hitler to get into much trouble.

But then Johnny came marching home, the phenomenon of motorcycle gangs was born among some young people who were having trouble reintegrating (Think of Marlon Brando in The Wild One). Juvenile delinquency became a catch-all phrase for everything the youth of that day did that was wrong.

Boards of education responded in the late ‘40s and ‘50s with the commission of “moral hygiene” films. They had names like Let’s Be Good Citizens, Lunchroom Manners, Are You Popular?, It’s Wonderful Being A Girl and The Fun Of Being Thoughtful. On the dark side, they included films like Say No To Strangers, Gang Boy and Highways Of Death.

As many Zoomer readers probably remember, these ancient, badly-acted, black-and-white morality plays continued to be shown in classrooms until the early ‘70s.

And yet, even when shown in flickering images onscreen exactly how they were expected to behave, the next generation gave birth to the counterculture. They were the Boomers – a.k.a. hippies – and pretty much everything they did was meant to antagonize their elders, from flouting drug laws to gathering in large groups to protest being sent to a meaningless war where a great many of them would die from enemy gunfire.

And every tomorrow brought another round of “kids today.” The ‘70s became known as “the Me Decade,” with disco, platform shoes, and, as the decade wound down, punk. The ‘80s was the Greed Decade, with cocaine and young “Masters of the Universe” (as Tom Wolfe dubbed them) who invented junk bonds and easy money on Wall Street. Oh, and hair bands.

The ‘90s’ Gen-Xers? Grunge seemed like a movement to get the hippie “thing” right this time. Hip-hop mobilized urban angst and brought back everybody’s parents’ favourite phrase – “That’s not music, that’s noise!”

And then there was electronic dance music and raves and DJs and, yes, another drug scare (Ecstasy). The peak of fear came in 1999 when – in what sounds like an update of the plot of Footloose – then Toronto mayor Mel Lastman pushed forward a total ban on raves on city property, and a city-wide ban on electronic music after 3 a.m. This actually happened (it was later overturned).

Which brings us to Millennials, maybe the most maligned generation of all (a feeling perhaps fueled by guilt, since my demographic is the one that raised them with good intentions). We’ve ostensibly been helicopter parents, we’ve over-praised them, given them participation medals and otherwise ill-prepared them for the harsh realities of life. They have an inflated sense of their own importance, just like Aristotle said. Man, he was a forward thinker.

On the other hand, there are studies that show they smoke less pot than their parents did.

And as we now know – at least with the motivation of guns pointed at them – rumours of their political apathy and social non-motivation are greatly exaggerated.

Maybe it’s time we looked in the mirror and asked ourselves if, to paraphrase Shakespeare’s Julius Caesar, the problem is not in our kids, but in ourselves.