Given The Moment, Do Boycotts Matter Now More Than Ever? 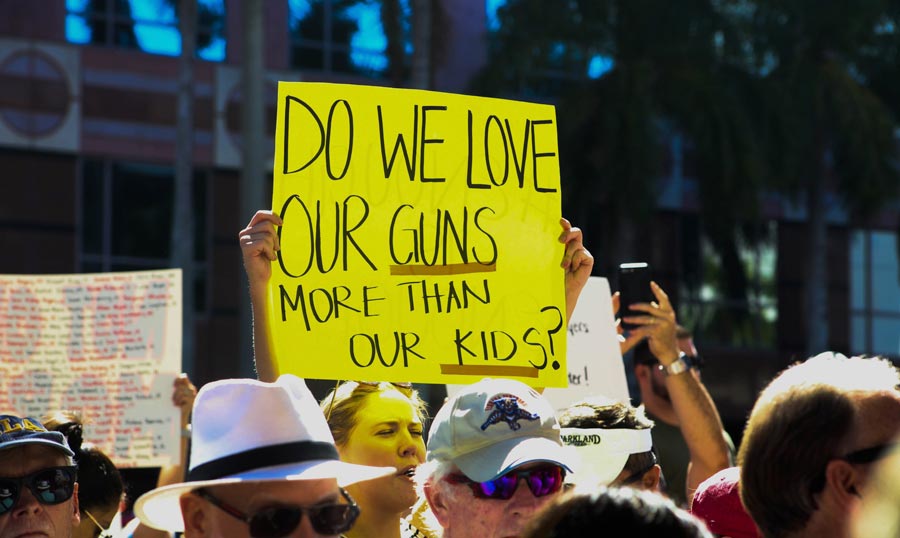 Are boycotts the ultimate exercise of free speech, or are they an infringement of same?

Put me down for the former, especially when the aggrieved party is the National Rifle Association. Hanging tough in the wake of last week’s mass killing in a Florida high school – and the greatest public blowback from a gun massacre ever – the NRA has been subjected to Delta and United Airlines ending their discount programs with the organization and similar corporate sanctions.

I suppose in an era when corporations have been legally deemed to be “persons,” losing a discount might be seen by some as akin to tying a gag around one’s mouth. But that attitude betrays a fundamental misunderstanding of what free speech is in the first place.

Free speech is a Western liberal value that says (with some dramatic exceptions) a government can’t outlaw the words that come out of your mouth. But it doesn’t police the give-and-take between people. Your words can be answered. If the words are objectionable enough, you can be shunned.

And if you are a commercial enterprise (which the NRA most assuredly is) people have the right to shun you by not only refusing your service, but by convincing others to do the same.

And given the refusal of NRA-funded politicians to do anything about a rate of mass-killing in the U.S. that’s unsurpassed anywhere this side of Syria, what are desperate people to do but seek non-governmental redress?

It’s not as if boycotts are an alien notion to the far right. But the details do seem to elude them sometimes.

When the single-serving coffee-maker company Keurig pulled its ads from Fox News host Sean Hannity’s show (presumably, but not explicitly, over his endorsement of Arizona Republican candidate Roy Moore, who was accused of seeking sex from teenage girls), the host urged his fans destroy their Keurig coffee-makers.

That the coffee-makers were already paid for meant the company had already made its profit, so its bottom line was not at all affected. When the two sides eventually made peace, Hannity bought 500 Keurigs for his fans. So, even more money for Keurig. That oughta teach them!

Indeed, there’s something about the Trump era that seems to bring out the boycott in people. The U.S. department store Nordstrom was boycotted by Trump fans because it wouldn’t carry First Daughter Ivanka Trump’s signature line of clothes.

Meanwhile, in Canada, the Bay was boycotted by the anti-Trump crowd because it did (I suspect it eventually solved its problem the way it always does – by discounting her to death, taking an additional 30% off the original 50% off, plus another 15% if you used your Bay card).

And poor Macy’s has gotten it from both sides. In 2015, it dropped Donald Trump’s signature line of suits after the newly-announced candidate described Mexicans as “…bringing drugs. They’re bringing crime. They’re rapists.”

Last year, it was noticed that Macy’s was selling Ivanka’s line, and soon the company was boycotted by people who’d voted both for and against President Trump.

Trump’s tendency to call for impromptu boycotts via Twitter arguably has had mixed results. He called for a boycott of the NFL after players took to kneeling during the National Anthem to protest killings of blacks by police. This year’s Super Bowl did indeed have lower ratings than last year’s, but it was a less precipitous decline than the drop in ratings for network TV in general.

And then there was his call for supporters to boycott the Broadway musical Hamilton (after onstage cast lectured attending vice-president Mike Pence). Hamilton actually broke weekly Broadway box office records for months after Trump’s call to not buy tickets.

If there is a side benefit to all these boycott calls, it is that people are becoming aware of their power as consumers. I recently made what I considered an ethical decision on a boycott issue. And it was delicious.

Kukum was in the news because of a petition that had been launched to boycott it until it stopped serving seal (ungulates like elk would remain without defenders). But the news stories also included the fact that there was a petition against the petition.

I decided I would sign the latter online. There are more than 16,000 restaurants in Toronto, and only a couple serving indigenous food. As a meat-eater, I hew to the “one bad day” rule. That is, the food animal I am consuming should only ever have had one bad day in its life, which was the case here.

The seals on offer had not been cooped up factory farmed chickens, nor were they confined to a net with millions of fellows like a farmed salmon and fed preventative antibiotics.

As for the initial petition, I’m hoping the animal activists do the right thing and protest KFC, even though chickens aren’t cute.

Believe me, Colonel Sanders’ freedom of speech will remain unaffected (except insofar as he’s been dead since 1980).