The Special Gift of Loving an Old Dog 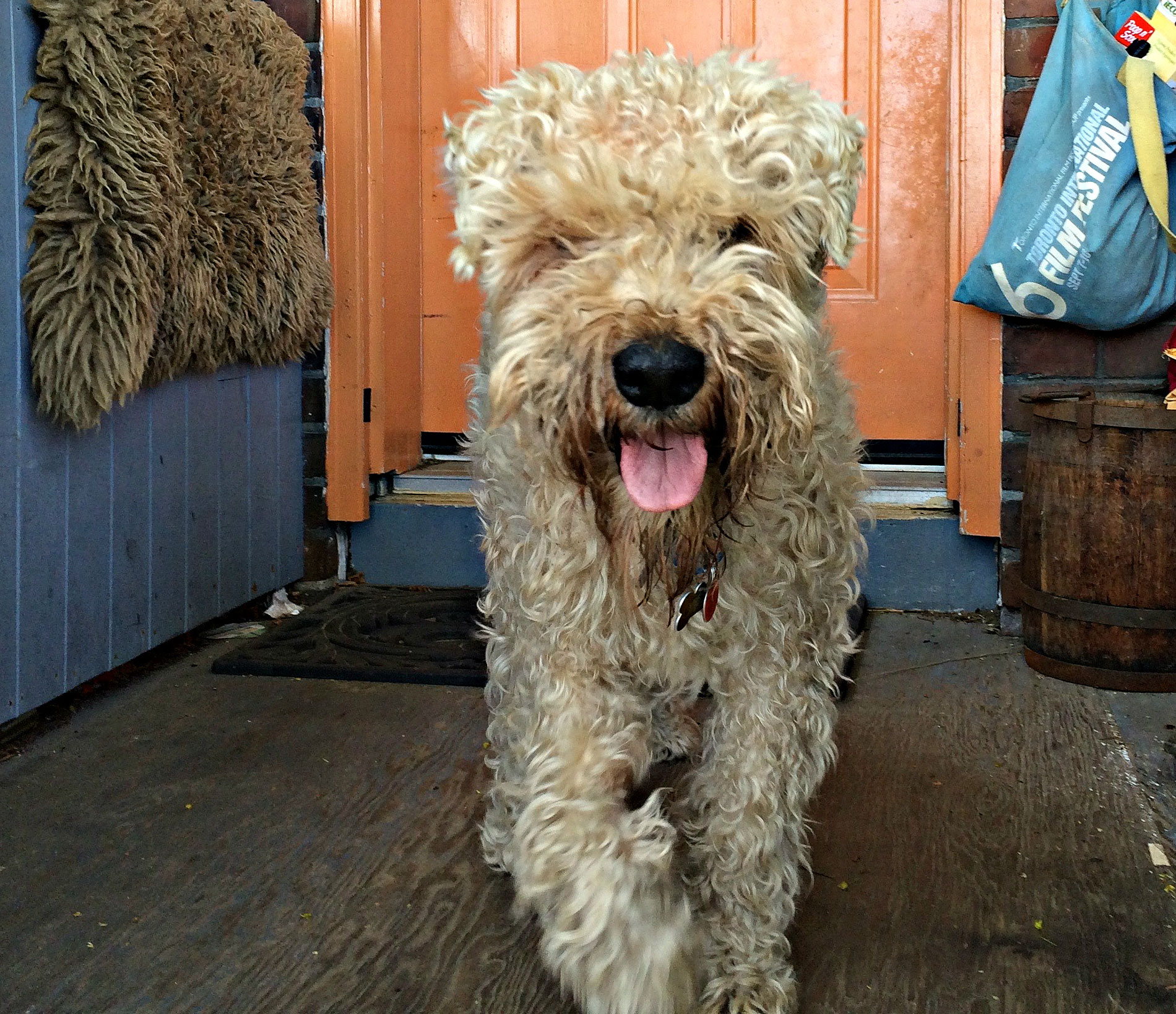 As dogs have always done, Otis, my nearly 15-year-old Wheaten Terrier, circles the living room floor looking for the right spot to lie down. Having found it, he falls down, exhausted, his head clunking against the hardwood.

It’s a little bit heartbreaking, another reminder of his waning strength and impending end.

And each time it happens, these days, I find myself thinking about Barbra Streisand.

La Streisand made news in the pet-owning world and beyond a few weeks ago when she revealed in a Variety interview that her two young Coton de Tulear dogs are clones of her dog Samantha, who died in 2017 at age 14. The procedure cost her $50,000 each.

The upshot of what science theoretically enabled her to do is have a dog that never dies. Indeed, she even has a spare. She has effectively reversed the old saying about our relationship with our companion animals: “They give us their entire life, we give them part of ours.” In fact, it’s now possible to have the “same” dog or cat most of your life and have it outlive you.

Who knows? Maybe this feeds into the part of us that refuses to accept death until the day we die. Watching your dog age is a little like watching a movie trailer of your own future, coming to a home theatre near you.

Of course, “same” is debatable. What you get with cloning is a twin. Whether it has the same personality hasn’t been heavily studied, even anecdotally. Some aspects of our pets’ personalities are undoubtedly hard-wired, but it’s a function of our closeness to our animal friends that we affect each other as well.

And even if I had $50,000 to clone Otis, so much of what he is and was to my family was of a time. And that time can’t be reproduced, relived or bought.

The past: Otis has been my twentysomething sons’ “brother” for most of their lives (when we got him, they were 8 and 13). Puppies in general, and Wheatens in particular, have energy to burn. And Jacob and Michael were thrilled to oblige (and I was happy that they were caught up in something that didn’t involve sitting and staring at a screen). They’d chase each other around the house, Otis happily biting their butts. It was delirious insanity.

He was one of the fastest dogs in the dog park, and could catch a Frisbee in mid-air that had been thrown 100 metres. He was also a “baseball dog,” joining the boys and me in the field. There I’d toss the ball, someone would hit it, and Otis would eagerly chase it down at top speed if it got past the infielders, returning it to me for another (slobbier) pitch.

A transit employee who watched us for a while one day said, “You guys suck. But I’d sign the dog.”

A true terrier, Otis had three raccoon skirmishes in our backyard and had two skunk encounters (the latter in our backyard happened just as my wife Bianca was leaving to cater a Toronto International Film Festival party for pot icon Tommy Chong – luckily, one of the few parties at the festival where the smell of skunk could go unnoticed).

The present: Nearly blind and mostly-deaf, often confused, Otis has suffered a series of falls in the past year to the point where I barred him from stairs.

Nonetheless, he managed to stumble on our front steps recently and catch a nail between the boards so firmly that the nail basically ripped off. Blood poured, and my wife and I bundled him up to the vet for repairs. (“It looked like a murder scene,” my neighbour said of the mishap spot.)

With Otis bandaged up, the vet noted his laboured breathing and suggested an X-ray. It showed an enlarged heart and fluid buildup in his chest. It was some kind of congestive heart condition, but she wanted more tests to confirm what kind.

I’d been through this with a cat we had prior to Otis. “What do you expect to confirm?” I asked. “Cardiomyopathy,” she said (the exact same thing the previous vet had said about our cat).

I happened to know a writer years ago who died of cardiomyopathy while on the waiting list for a heart transplant.

“So, you’re saying, you want me to pay $500 more for tests to confirm a diagnosis of something you can’t cure?”

“I guess you’re right,” she said. “The treatment will probably be the same no matter what we find.” Heart pills and diuretics, it is. I still didn’t exactly get off cheap.

(Practicality doesn’t always win the day in owner-vet relations. I know a couple who spent $7,000 for dialysis for their sick cat. I don’t believe it bought him much more time).

Even a year ago, Otis was in-the-moment enough that when friends would pick me up to go out, he’d recognize the signals of me putting on my shoes and coat and sitting on the couch waiting. He’d then plant himself on a chair by the window and bark at the ceiling to announce the approach of a car.

And now? He’s getting thinner, but he sleeps more than an old fat cat and can’t be coerced to get up except with food, water or the opportunity to go out and relieve himself. Still, he appreciates a pet or a scratch and wags his tail accordingly. Occasionally, on a walk, he’ll get a burst of energy and actually trot for a bit. Then he’ll crash.

Dog-owners have their dog for their time. There really is no way to clone that time. It’s special and unique and nothing can replace it, not even a doppelganger dog.