Is Misogyny to Blame for Toronto Attack? 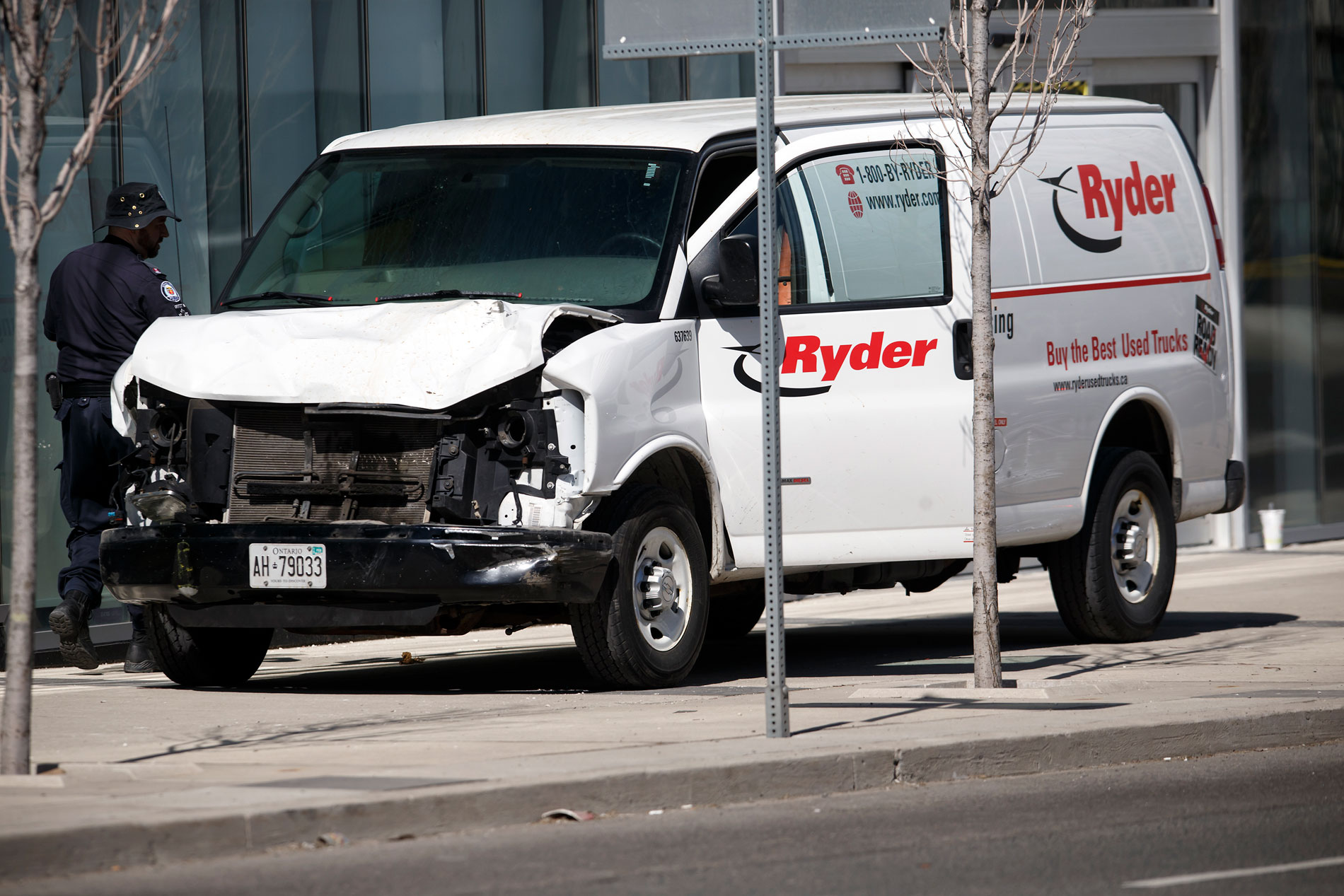 It took less than 24 hours for Monday’s van attack in North York to become something even more frightening than the act of an ISIS-inspired terrorist — which, let’s be honest, is the first thought that came to mind.

Instead, we learned that the deaths of 10 Torontonians and injuries of 15 others — “predominantly women,” according to police — was the dreadful deed of a man who was inspired by another “I” movement.

And 25-year-old Alek Minassian, we’ve learned, identified with a cabal of men who experience anger, resentment and frustration because they feel they’re deprived of sex with women.

Incels, according to the New York Times, “are misogynists who are deeply suspicious and disparaging of women, whom they blame for denying them their right to sexual intercourse.”

One writer called them “sex-hungry nerds.”

Typically, they’re awkward socially but especially with women, whom they both fear and desire.

This is exactly how Minassian has been described by people who knew him at high school and at Seneca College: geeky, nerdy, knowledgeable about technology.

Some reports also refer to his being treated for Asperger’s as a youngster, a syndrome on the autism spectrum that affects behaviour and interaction with others.

But whatever the cause, the toxic mix of lusting for women and hating them because they don’t respond to him is the matrix for Minassian’s deadly misogyny.

Posting on Facebook minutes before the attack, he expressed admiration for Elliot Rodger — who shot and killed six people in 2014, blaming all women for the fact he was a virgin at 22.

Incel posts often refer to “Chads” — men who are successful sexually with women — and “Stacys” — alluring women who withhold sex.

While the possibility of Islamist terrorism in Toronto — as was the case when a vehicle mowed down people in London, New York, Nice and Berlin — is frightening, the spectre of increasing misogynist terrorism is even more frightening.

ISIS can be combatted and defeated and is on the wane.

The #MeToo movement has highlighted the inconvenient truth that men feel entitled to sex and want to be dominant. Fortunately, most men are not misogynists and are content to settle into domestic or dating situations that include sex.

Some with power and status — celebrities, athletes, U.S presidents — get illicit sex easily. Others, like Harvey Weinstein, just take it or trade favours for it. Some without relationships and feeling like they have nothing else to offer pay for it — or rape.

The whole issue of Incel — the latest buzz word flying around the internet and mainstream media — is about to get worse in some countries.

“The consequences of having too many men, now coming of age, are far-reaching: Beyond an epidemic of loneliness, the imbalance … parallels increases in violent crime, trafficking or prostitution in a growing number of locations. Those consequences are not confined to China and India.

“’In the future, there will be millions of men who can’t marry, and that could pose a very big risk to society,’” warns Li Shuzhuo, a leading demographer at Xi’an Jiaotong University.

But the misogyny that’s growing like a cancerous tumor is not just about which men get to have sexual intercourse with women.

It’s about the power women have over men because of sex.

In the past, men were able to control and diminish that power. They could treat women as sex objects, confine them, keep them as concubines, limit their access to resources and employment, pay them less, abuse them with domestic terrorism.

That’s changing, and changing rapidly, as it should.

And some men are confused, resentful and angry.

Because men already viewed women as empowered by controlling access to sex, some men decided that granting women more power in society was intolerable.

It’s been almost 30 years since Marc Lepine murdered 14 female engineering students in what has become known as the Montreal Massacre, a horrific misogynist act that echoed this week.

While we’ve taken profound measures to thwart acts of Islamist terrorism, we have yet to find ways to ward off misogynist terrorism and to combat the resentment and hatred of women, whether because of withheld sex or because of increasing empowerment, that gives rise to it.