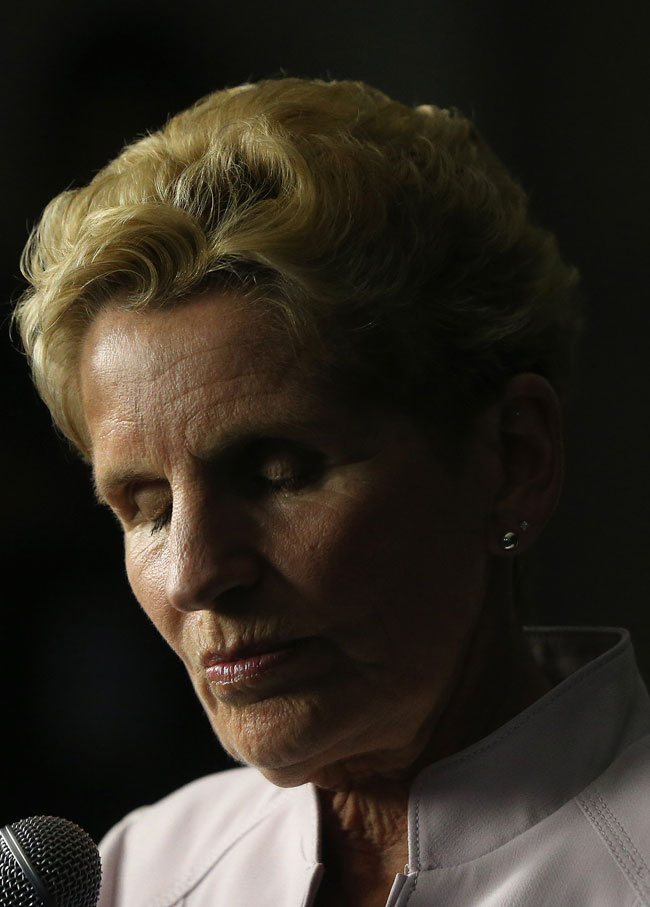 Lyndon Baines Johnson, former President of the U.S. and one of the 20th century’s most adept politicians, owed much of his success to his “ability to count noses.” A savvy politician, LBJ contended, must know long ahead of time how much support he or she has and, and, when that’s determined, to act accordingly.

It’s clear that Premier Kathleen Wynne, a veteran of many Ontario campaigns, knew how to count noses.

After serving at Queen’s Park since 2003, becoming premier in 2013 after Dalton McGuinty’s resignation, leading the Liberals to a surprise majority government in 2014, Wynne saw early on that this election was not only unwinnable but might prove to be a disaster for the Liberal Party.

So – after counting the noses – Wynne decided she had no option but to concede.

“I don’t know who voters will choose but I am pretty sure that it won’t be me. After Thursday [June 7 Election] I will no longer be Ontario’s Premier. And I’m okay with that,” said the 65-year-old Premier, in a concession speech that caught everyone off guard, not only because of its suddenness but also its lack of clarity.

Years of bloated budgets and skyrocketing hydro costs under her leadership that have left Ontario deep in the red with little to show for it. It was clear that voters had turned against her and, despite a good showing in the final leaders’ debate, the Liberals were still a distant third place in the polls (currently at 20%), where they’ve been most of the campaign.

“I think I did pretty well in the debate,” Wynne told Metro Morning on Monday. “But once the debate was over, we didn’t see the numbers move.” Her desperation Sorry, Not Sorry gambit just did not move the needle and the writing was on the wall.

Her abrupt departure is akin to an owner abandoning a run-down house that’s fallen into disrepair. The grass is uncut, shingles are hanging from the roof, the paint is chipped and unpaid bills are flowing out of the mailbox. (The only things working are the solar and wind-power generators).

Wynne’s move is reminiscent of the 1993 federal election, when the vilified Brian Mulroney jumped ship, knowing full well the Tories would be crushed in the election, leaving Kim Campbell to take the fall. However, unlike Wynne, Mulroney resigned eight months before the November 1993 election, giving the party enough time to elect a new leader.

Wynne’s sudden surrender also leaves a legion of beleaguered Liberal supporters in the lurch, wondering which party they should vote for on June 7.

Should they cast their ballot for their Liberal candidate despite the party’s current Zombie-like state? Should they vote NDP and help them stave off Doug Ford’s Progressive Conservatives? Or should they hold their noses and vote PC – hoping that party can restore a semblance of sanity to the provincial economy in a way the NDP can’t hope to?

The only certainty is that the Liberals are going to be demolished in this election. From winning 58 seats in 2014, the best possible result for 2018 would be for the party to somehow hold on to eight seats and retain official party status.

Eight seats – that’s certainly not a lot of noses to count.