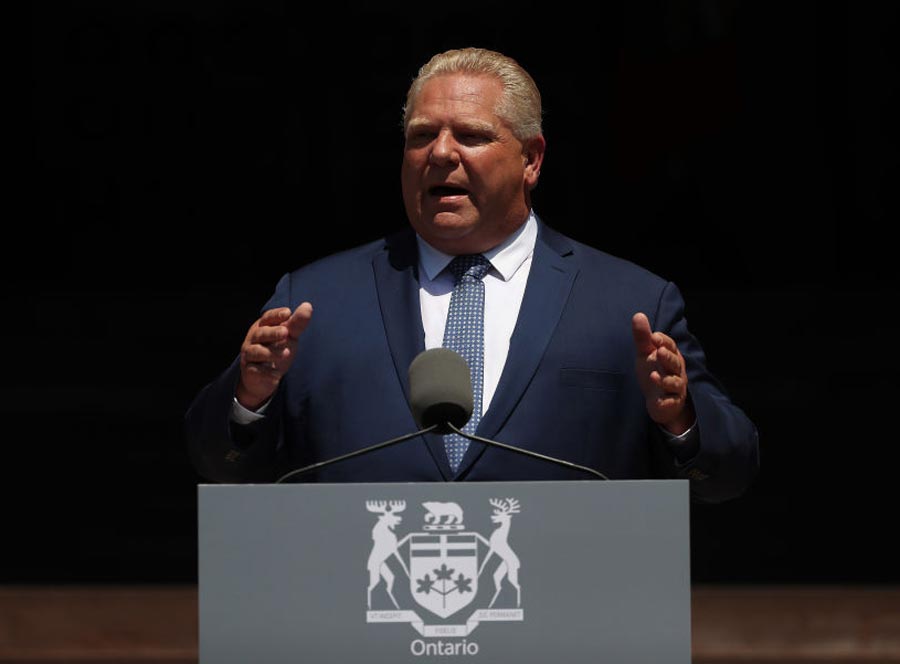 Doug Ford addresses supporters outside after being sworn in as the 26th Premier of Ontario by The Honourable Elizabeth Dowdeswell, Lieutenant Governor of Ontario, at Queen's Park in Toronto. June 29, 2018. (Steve Russell/Toronto Star via Getty Images)

A spate of gun violence in Toronto has police looking for suspects and politicians looking for answers.

In an especially violent and bloody Canada Day weekend, 11 people were shot on the streets of Canada’s largest city. This brings the total to 51 homicides and more than 200 shootings for the year.

Mayor John Tory was as at a loss for answers, expressing his shock and bewilderment at the carnage. But other than saying he will hire more officers, he doesn’t seem to have any answers.

It seems likely that the type of “action” Ford is calling for is the restoration of a controversial police unit that was disbanded under former Premier Kathleen Wynne. The Progressive Conservative leader has gone on record saying he feels this is a solution that could curb the violence.

The former unit, known as TAVIS (Toronto Anti-Violence Intervention Strategy), became a flashpoint of controversy because it allowed police to randomly stop and question people, regardless of whether they’d committed a crime.

Critics of the program said police misused this power, routinely and unfairly targeted young blacks simply because they lived in high-crime neighbourhoods or, worse, because of their skin colour.

Mark Saunders, Toronto’s Police Chief, quickly distanced himself from Ford’s desire to re-establish the anti-gang unit, saying it was a strategy that failed last time around. Saunders stopped short of calling the program or the officers involved “racist” – instead, nuancing the tactic as “overpolicing.”

Ford has already come under criticism for choosing a cabinet team that includes only one minority, and no blacks.

If he goes ahead with his plan to restore the anti-gang unit, he will inevitably alienate the black community and face even harder questions about the lack of diversity among his advisors that led to that decision.