Wherever Donald Trump Goes, Frenzied Outrage is Sure to Follow 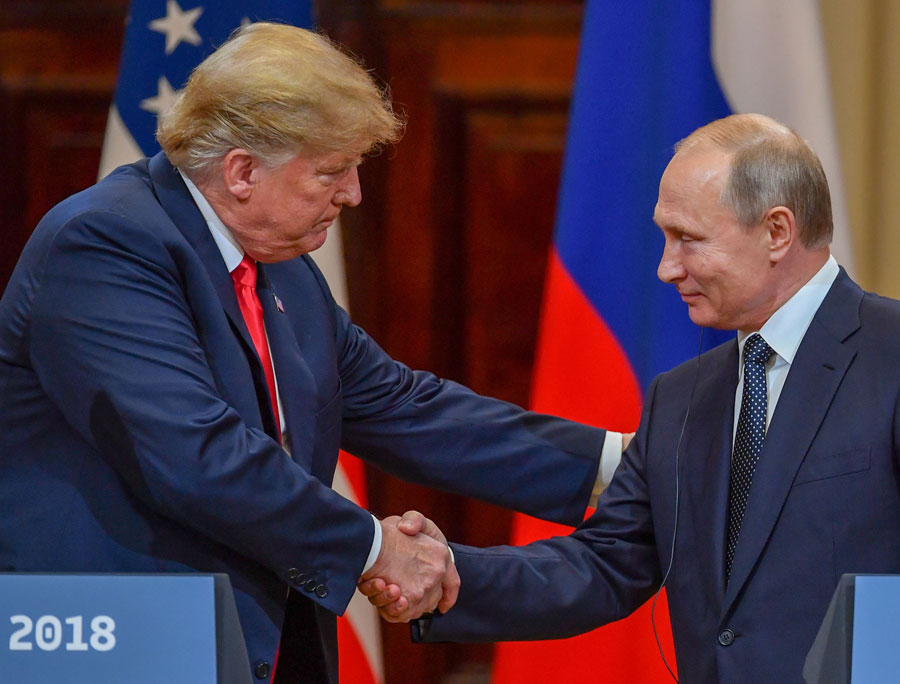 Mr. Trump is at it again.

Not a day goes by without the U.S. President doing something brazen –whether it’s insulting allies, disrupting meetings or saying something so deliberately provocative – that he sends the mainstream and social media into paroxysms of rancour, searching for new adjectives to describe their outrage.

Fresh off tumultuous meeting with NATO allies and an awkward meeting with Queen Elizabeth, Trump sat down for a 90-minute meeting with Russian President Vladimir Putin in Helsinki, the result of which, of course, sent the media outrage machine into overdrive.

The latest meltdown was sparked by the press conference following the summit between the leaders of the world’s top two military powers.

The media wanted Mr. Trump to address Russian meddling in the U.S. domestic politics. A few days before the visit, 12 Russian agents had been indicted for interference in the U.S. election, or, as Trump prefers to call it, “a rigged witchhunt.”

On top of that, they wanted the U.S. leader to rebuke his Russian counterpart for his role in the invasion of Crimea and Ukraine and the deadly nerve gas attacks against Russian agents on English soil.

Instead, Trump enraged observers when he emerged from the talks shaking hands with his new pal Putin, denying any claims of Russian interference in the election and taking credit for forging a new relationship with America’s long-time nemesis.

“Our relationship has never been worse than it is now,” said Trump. “However, that changed as of about four hours ago. I really believe that.”

Putin, who could hardly believe his good luck at no longer being considered a world pariah, admitted he supported Trump in the election (“because he spoke about normalizing Russian relations”) but said he had not and “doesn’t plan” to meddle in U.S. politics.

“It’s clear to everyone that the bilateral relationship are going through a complicated stage,” said Putin. “Yet those impediments, the current tension, the tense atmosphere essentially have no solid reason behind it.”

“Essentially … no solid reason” is an ambiguous phrase that leaves the door wide open to interpretation and questions. Yet the President let Mr. Putin off the hook because, “getting along with Russia is a good thing not a bad thing.”

So should the President to be praised for strengthening relationships between an old adversary? Or should he be harshly criticized for refusing to question the wildly criminal behaviour of a rogue dictator?

In the end, it doesn’t really matter. Trump’s No. 1 goal as a leader is to keep everyone guessing what his agenda is. And he does this by actively pursuing tumult at any opportunity, at any cost.

Because no matter how outrageous his words or actions, he knows that the tumult of today will quickly be forgotten, replaced by the fresh tumult of tomorrow.

It’s an extraordinary strategy that he’ll continue to employ until his foes can prove he knowingly won the election by using foreign influence. When that day arrives, if it ever does, it’ll just be more of the same.