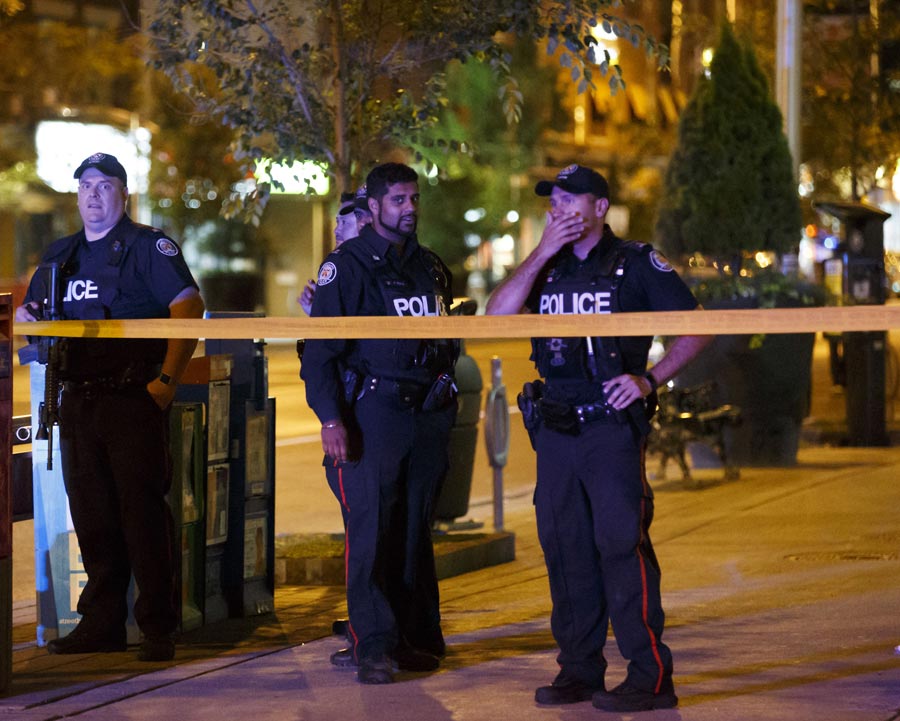 A violent year on the streets of Toronto continued last night after a late-night shooting in the popular Greektown area left two people dead and up to a dozen injured.

Early details are as sketchy as they are terrifying: it appears that a 29-year-old gunman dressed in black opened fire with a handgun on Sunday night, in what so-far appears to be a random act of violence. The alleged shooter began his spree on Logan Avenue, and continued down Danforth Ave firing on patrons of an outdoor patio of a cafe. The latest reports say two have died from gunshot wounds and 12 are injured.

Toronto Police Chief Mark Saunders said in a press conference after the shooting that police were “looking into every possible motive.” One of the many horrified witnesses described the events to The Star: “I saw him finish shooting some people and then walk away,” said Lenny Graf, who witnessed the shooting with his wife and two kids.

The gunman himself was eventually killed in an exchange of gunfire with police, though it’s not known whether he was taken down by a police bullet or he died of self-inflicted wounds.

The Greektown shooting comes just three months after the April van attack, in which 10 were killed and 16 injured. It also comes amidst a violent summer that has seen countless brazen shootings in high-traffic areas.

Offering condolences and #TorontoStrong campaigns via Twitter are helpful but don’t go far enough. The Prime Minister, Mayor and Premier must get together and work out a solution to end this run of violence in Toronto.