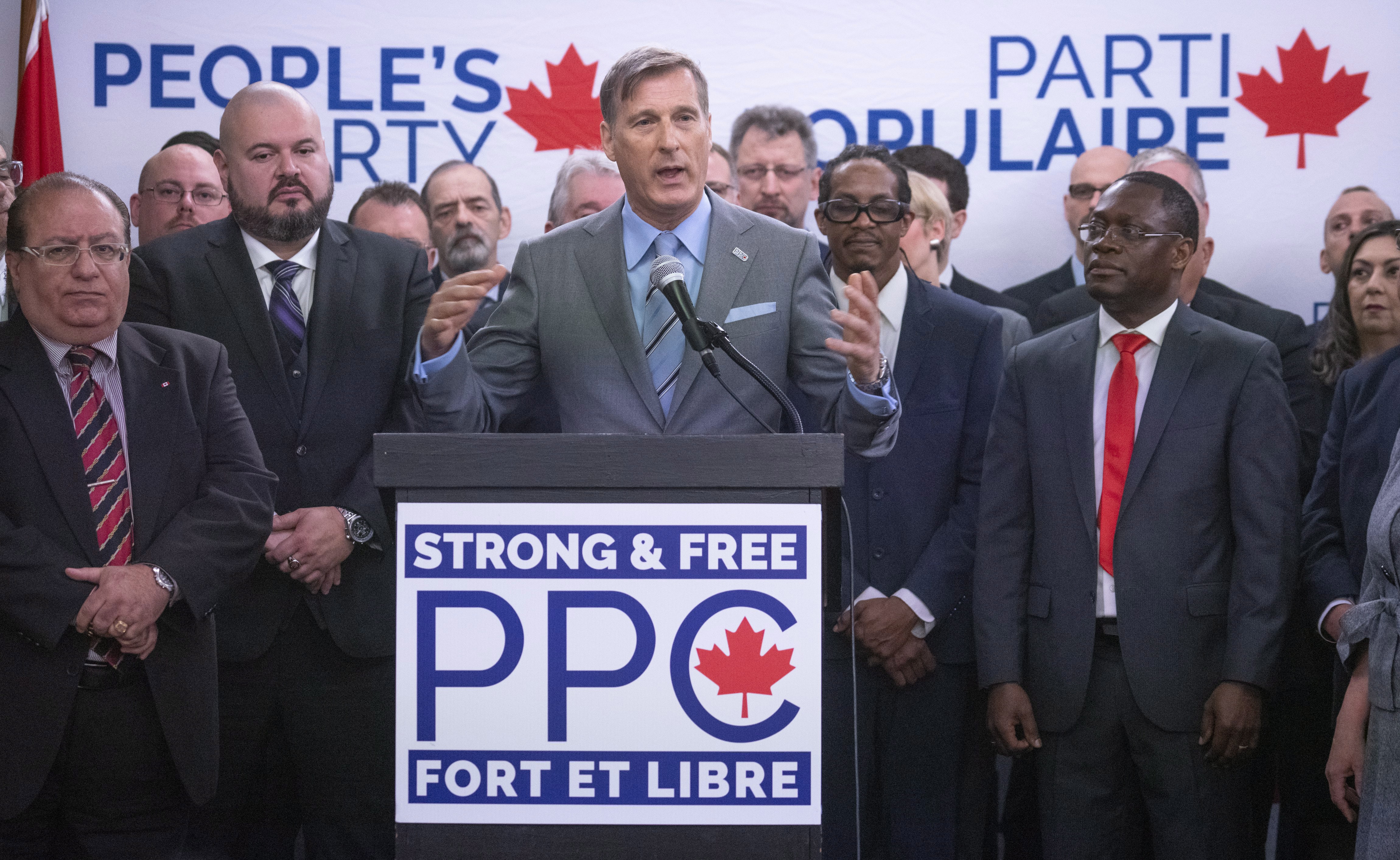 Maxime Bernier (Photo: Courtesy of the People's Party of Canada)

The two main roles of an opposition leader is to hammer the government at every opportunity and to keep your party unified and focused on winning the next election. Conservative leader Andrew Scheer is facing a big test with the second task, as he suddenly finds himself facing down a mutiny from within the ranks.

On Thursday, veteran MP Maxine Bernier announced he was breaking from the Conservatives and forming a party of his own — the People’s Party of Canada.

Bernier, 55, who lost to Scheer in last year’s leadership race, announced in Halifax on the first day of the Conservative policy convention that he’s making the move to save the soul of the party. He feels Scheer is too moderate and is creating a Liberal-lite version. He said his new party will be true to Conservative principles of “more freedom, less government.”

The timing could not be worse for the Conservatives, who hoped to use the policy building weekend to develop a strategy that would counter the Liberals in next year’s federal election.

“I have come to realize over the past year that this party is too intellectually and morally corrupt to be reformed,” Mr. Bernier said at a press conference. “I am now convinced that what we will get if Andrew Scheer becomes prime minister is just a more moderate version of the disastrous Trudeau government.”

He went on to blame the party for being too concerned with poll results when shaping policy saying “ the result is a bunch of platitudes that don’t offend anybody, but also don’t mean anything and don’t motivate anyone.”

Bernier has always criticized the Conservative leader’s support for supply management, (a system of subsidizing farmers). This ties into the fact that he’s still bitter about losing the leadership race, claiming Scheer won because he signed up a multitude of dairy farmers in Quebec.

Scheer downplayed the nascent one-man party, telling reporters he has always challenged  Bernier “to put personal ambition aside and to concentrate on the common ground that all conservatives can rally around.”

So far, no MP or faction within the party has come out publicly to support Bernier. And Scheer got a big boost when former Prime Minister Stephen Harper tweeted out against Bernier.

And Michelle Rempelle, MP for Calgary Nose Hill, when asked by CPAC-TV about the potential threat Bernier’s party poses to the Conservatives, joked: “Well, if he works as hard as he has in the Conservative party, we don’t have a lot to worry about.”