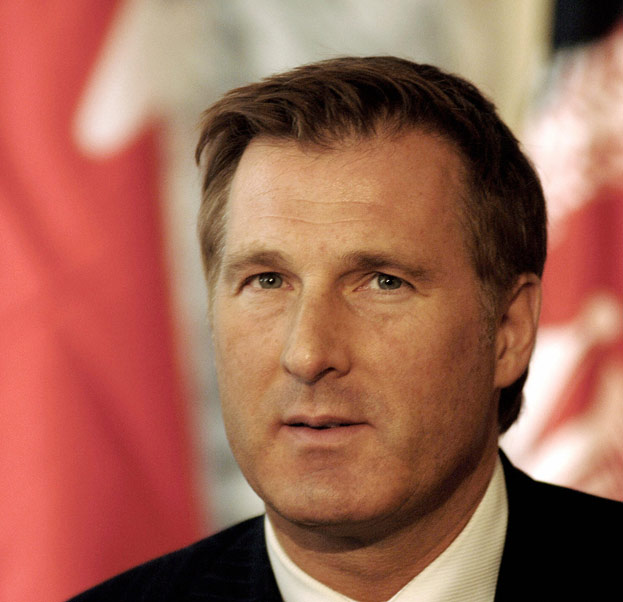 Maxime Bernier has completed his split from the federal Conservatives and launched his own party.

Right now Bernier — or “Mad Max” as he refers to himself on Twitter —registered it as The People’s Party of Canada, but he claims to also like the Citizen’s Party as an alternative.

“People are fed up of politicians who say one thing one day and another the day after. What I’m looking for is doing politics like I believe. People like authenticity and I think I have the courage of my convictions and am authentic. That’s why people like what I’m doing,” the 55-year-old MP from the Quebec riding of Beauce said in an interview.

While the PPC is still in its infancy and is nowhere near launching a platform, it promises to be a home for erstwhile libertarians who can’t find common ground with the Conservative Party or its leader Andrew Scheer.

“For too long, Canadian politics has been hijacked by interest groups, cartels, lobbies, international organisations, corporate or union interests, and the interests of politicians and bureaucrats in Ottawa who are disconnected from ordinary citizens,” Mr. Bernier said on Friday.

National Post columnist John Ivison says the party’s main platform should reflect the values Bernier has been preaching for years: less government intervention, the end of trade protections and a clamp-down on mass immigration.

“People like authenticity and I think I have the courage of my convictions and am authentic. That’s why people like what I’m doing,” Bernier said.

Whether he’s started an authentic movement or is just forming his own party of one out of spite toward the man who beat him (as former Conservative leader Stephen Harper has suggested), this split from the Conservatives could be a headache for Andrew Scheer, who needs a united party in order to compete against the Liberals in next year’s election.

Scheer, who defeated Bernier in the 2017 leadership convention, obviously wants to avoid the political bloodbath that happened in the early ‘90s, when the Progressive Conservative Party split into regional bodies — the Reform Party out west and the Bloc Québécois in Quebec.

This fracturing of the right allowed the Liberal government to pile up three straight majority governments. It wasn’t until 2003 that the right finally merged into the Conservative Party under Stephen Harper that they were able to provide effective opposition to the ruling Liberals.

Fromer PC leader Brian Mulroney fears Bernier’s attempt to fracture the Conservatives could doom them to a similar fate and pave the way for more Liberal governments.

“I’m not big on these splits,” Mulroney said on Thursday. “What I see happening with Maxime Bernier is not a good idea, I don’t think, in terms of the Conservatives getting elected again.”