Liberal MP defects to Tories; Trudeau Shrugs It Off 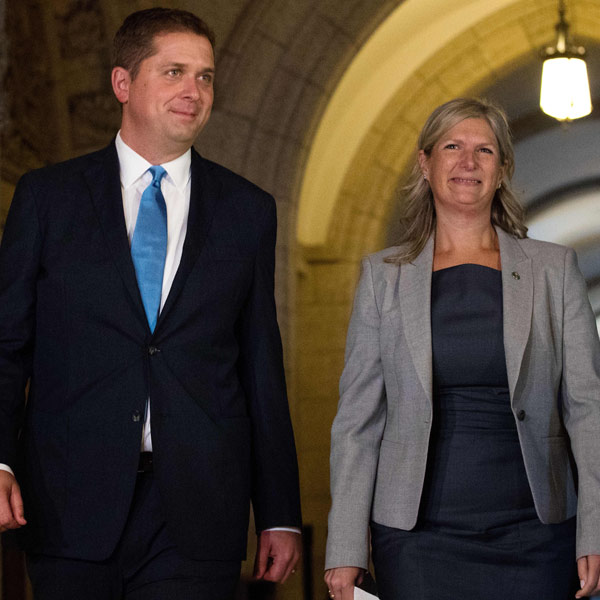 The federal Conservatives received a much-needed dose of good news on Monday when Toronto-area MP Leona Alleslev announced she was leaving the government benches and crossing the floor to join the opposition.

Alleslev, 50, who represents Aurora-Oak Ridges-Richmond Hill, says she left the Liberals because she disagreed with her party on a number of issues, including taxes, foreign policy and defence.

“My attempts to raise my concerns with this government were met with silence,” said Alleslev. “So after careful and deliberate consideration, I announced today that I am withdrawing from the government benches to take my seat among my Conservative colleagues under the strong leadership of Andrew Scheer.”

A beaming Scheer was buoyed by the news, especially because it comes so soon after losing former Tory Maxime Bernier, who left to form his own party.

“Leona made it clear that the direction that this government is headed under this current prime minister, under Justin Trudeau, is not the necessary leadership that we need as Canadians to deal with the very serious issues that are facing this country,” he said.

Prime Minister Justin Trudeau took the move philosophically. “One team lost a member and it went to the other side. It can be an indicator of larger things,” he told CBC. “It can be just what it is and we’ll just stay focused on the things that we’re focused on doing.”

While political defections are not uncommon, this one is unique because Alleslev is leaving the government in power to join the opposition.

The Conservatives are used to losing members to other parties. In the 1990s, the Tories hemoragged MPs, with many leaving for the Reform Party or the Bloc Québécois

Perhaps the most dramatic crossing of the floor in recent memory happened in 2005 when Belinda Stronach left the Conservatives to join the Liberal Party, in a last-minute effort to stop the Stephen Harper-led Tories from defeating Prime Minister Paul Martin’s Liberal government on a key vote. While Stronach was awarded a ministry by the grateful Liberals, her defection didn’t pay off in the long run — the Liberals lost the 2006 election and, by 2007, she had quit politics altogether.