Another Province Ousts Liberals as CAQ Wins Landslide in Quebec 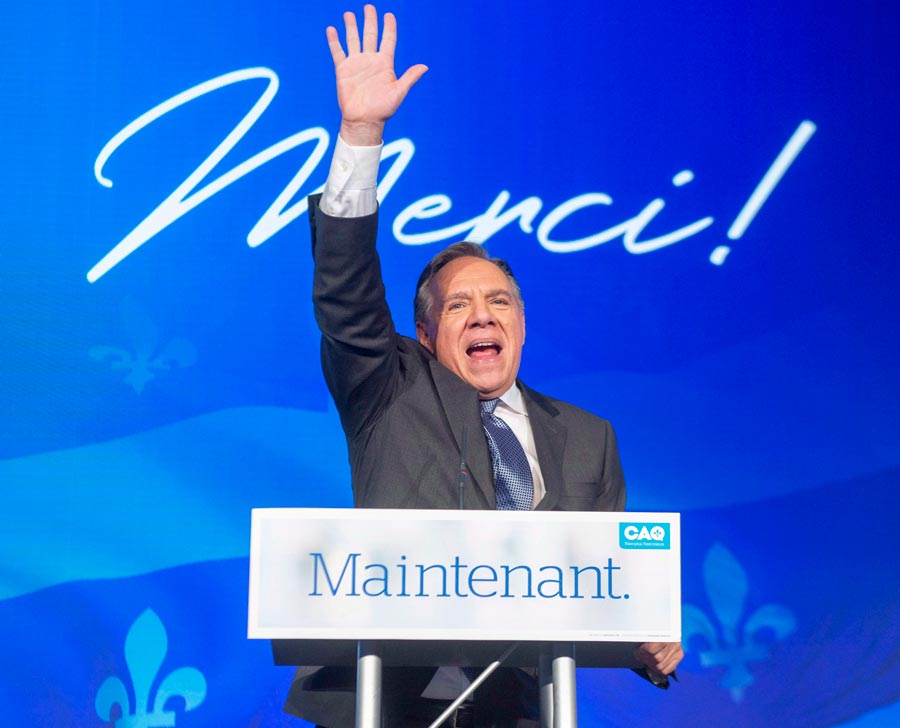 First Ontario, then New Brunswick and now Quebec — in a span of five months voters in three provinces have turfed out incumbent Liberal governments and voted in right-leaning parties.

Last night, Quebec continued this trend by giving the Coalition Avenir du Québec (CAQ), a party that was formed in 2011. Led Francois Legault, the CAQ won a decisive majority, a 42-seat drubbing of the Liberals. While Liberal leader Philippe Couillard had worked hard to get Quebec’s finances in order, his cozy relationship with the federal Liberals didn’t do him or his party any favours.

Legault, 61, campaigned on the promise to cut property taxes, introduce a family allowance, provide all Quebecers with access to a doctor or “super nurse” and invest in education.

“Today there are a lot of Quebecers who put aside a debate that has been dividing us for 50 years. Today, a lot of Quebecers showed us that we can work together, even if we are yesterday’s adversaries, in favour of tomorrow’s future, together,” said the CAQ leader in his victory speech.

Besides making his mark on Quebec soil, Legault may also be a thorn in the side of Prime Minister Justin Trudeau, a la Doug Ford’s Progressive Conservatives in Ontario.

The CAQ feels Quebec’s cultural traditions are being hurt by the federal Liberals’ lenient immigration policy. In his speech, he made the enigmatic remark: “I intend to govern for all Quebecers — all Quebecers.”

It’s also likely that Legault will raise interference on the newly agreed to USMCA free-trade deal, which exposes Quebec dairy farmers to U.S. competition for the first time.

Whether this provincial trend hurts Trudeau’s Liberals in the lead up to next year’s federal election remains to be seen. While it will definitely make it harder to work with the provinces — especially the two biggest — there’s no guarantee that, come next federal election, voters will change the way they voted federally.

Among the other surprises on this historic night was the demise of the sovereigntist Parti Quebecois, which only won nine seats and has lost official party status.