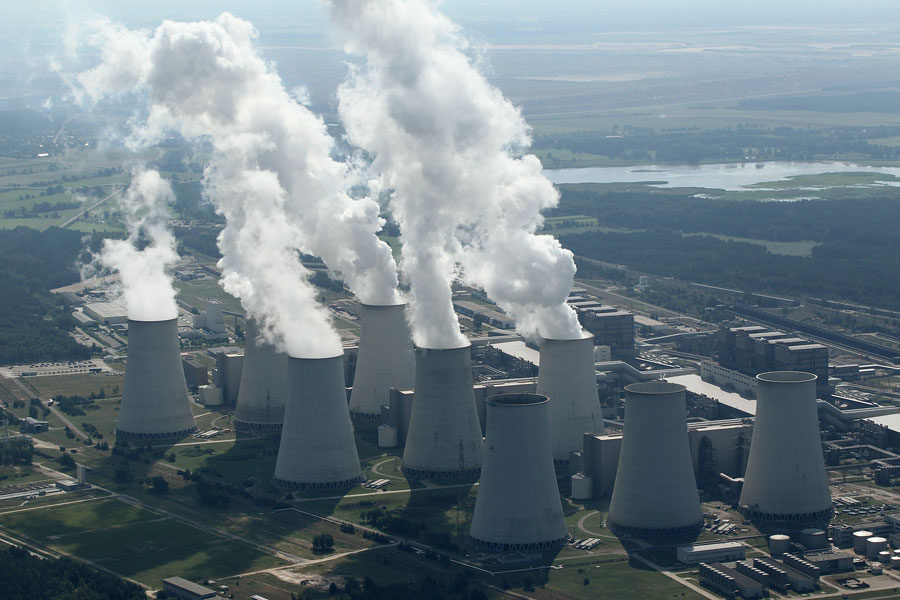 For those of us of a certain age, there lies embedded in our memories the Cold War and fear of a nuclear attack. Some schools even ran drills on how to react to the toxic mushroom cloud should it ever appear on our horizon (note: to all those well-meaning educators, hiding under a desk literally does nothing).

When the Cold War ended (though it seems to be getting a hefty reboot) there was a collective sigh of relief. The world as we knew it would not be annihilated by an Angry White Man with a Giant Red Button.

But, given the recently released report from the Intergovernmental Panel on Climate Change (IPCC) we can be certain, now more than ever, that the end of the world is a few degrees and 20-odd years away.

The report was authored by a group of scientists gathered by the United Nations to guide world leaders, and it “describes a world of worsening food shortages and wildfires, and a mass die-off of coral reefs as soon as 2040 — a period well within the lifetime of much of the global population.”

The authors propose that if greenhouse gas emissions continue at the current rate, the atmosphere will warm up by as much as 2.7 F (1.5 C) above preindustrial levels by 2040, inundating coastlines and intensifying droughts and poverty. Sound like a Mad Max film? Wait, there’s more …

According to the New York Times, the report also says, “to prevent 2.7 degrees of warming, greenhouse gas pollution must be reduced by 45 per cent from 2010 levels by 2030, and 100 per cent by 2050. It also found that, by 2050, use of coal as an electricity source would have to drop from nearly 40 per cent today to between one and seven per cent. Renewable energy such as wind and solar, which make up about 20 per cent of the electricity mix today, would have to increase to as much as 67 per cent.”

The solution to the end of the world is possible — all that has to happen is a complete transformation of the global economy.  Easy, right? The challenge are climate change-denying political leaders such as U.S. President Donald Trump and his equally unmotivated friends and “frenemies” in Russia, China and elsewhere. All things geo-political considered, the authors of the report concluded that such a dramatic change to offset certain doom is “politically unlikely.”

It reminds me of a New Yorker cartoon from the ’90s — it was an illustration of the Four Horsemen of the Apocalypse, with a Fifth riding in tandem. Death said to this newest rider, “Welcome Ecological Disaster, it’s not everyday we invite new members to join our club.”  I’m paraphrasing, but you get the drift. We’ve known about climate change and the catastrophic events that would follow it for decades. Yet, we’ve sat back and let it happen.  Even when some  attempted to stop it before it was too late, as this extensive New York Times piece found, they were thwarted by political and economic forces too strong to topple.

And like those nuclear war school drills, hiding under a desk — or, a head in the sand — offers no protection in this climate war.