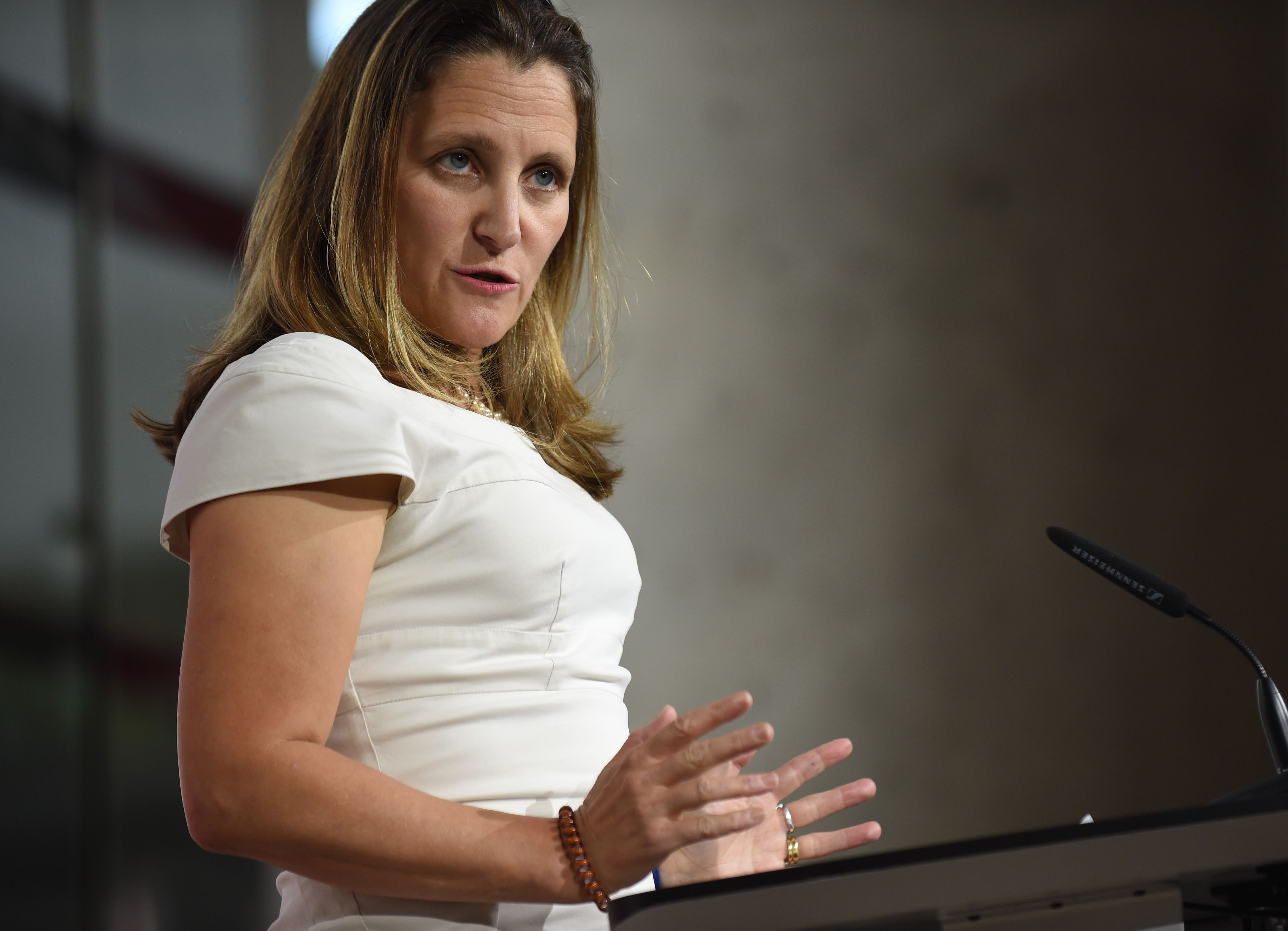 Foreign Affairs Minister Chrystia Freeland says her department is working to determine where and why two Canadians are being detained in China. Photo: Eric Baradat/AFP/Getty Images.

China authorities confirmed on Thursday that they have now arrested a second Canadian on suspicion of “endangering national security.”

In what looks to be a clear case of retaliation for the arrest of a Chinese business executive in Vancouver last week, a spokesperson for China’s Foreign Ministry admitted that two Canadians — Michael Kovrig and Michael Spavor — have been taken into custody.

On Wednesday, Foreign Affairs Minister Chrystia Freeland said her ministry is “working very hard to ascertain [Spavor’s] whereabouts, and we have raised this case with the Chinese authorities, and we are in touch with his family.”

And on Tuesday, Prime Minister Justin Trudeau said the government was “aware of the situation” and had been in “direct contact with the Chinese diplomats and representatives.”

The Kovrig and Spavor arrests seem to be linked to an event which occurred in Vancouver last Saturday where police, acting on behalf of a U.S. request, arrested Meng Wanzhou, deputy chair of Chinese telecomm giant Huawei, as well as daughter of the founder.

Meng, who is presently out on bail in Vancouver awaiting extradition to the U.S., was accused of violating trade sanctions with Iraq.

Chinese diplomats issued a stern criticism of the “wrongdoing,” urging Canada to “restore the personal freedom of Ms. Meng Wanzhou.” An op-ed currently running on Global Times — a government-friendly news site — warned that “if Canada eventually fails to protect the safety of Chinese citizens within its territory — the country’s basic duty – and ignores ties with China, insisting on the extradition of Meng to the US, it is bound to pay for it.”

It appears that now Kovrig and Spavor are paying for it. At this time, no one seems to know where the two men are being held or whether they will have legal representation. However, the detainments looks like a clear case of retaliation for the Meng arrest. Kovrig, former Canadian ambassador to China, works for the International Crisis Group, described by its website as an “ independent organization working to prevent wars and shape policies that will build a more peaceful world.”

Spavor is the founder of the Paektu Cultural Exchange, a non-profit group that seeks to open up business, trade and cultural exchanges in North Korea, is the latest Canadian who has been detained by Chinese authorities.

Kevin Garrat, who was held in China for more than two years, described to CBC News the trials Kovrig [and now Spavor] could face.