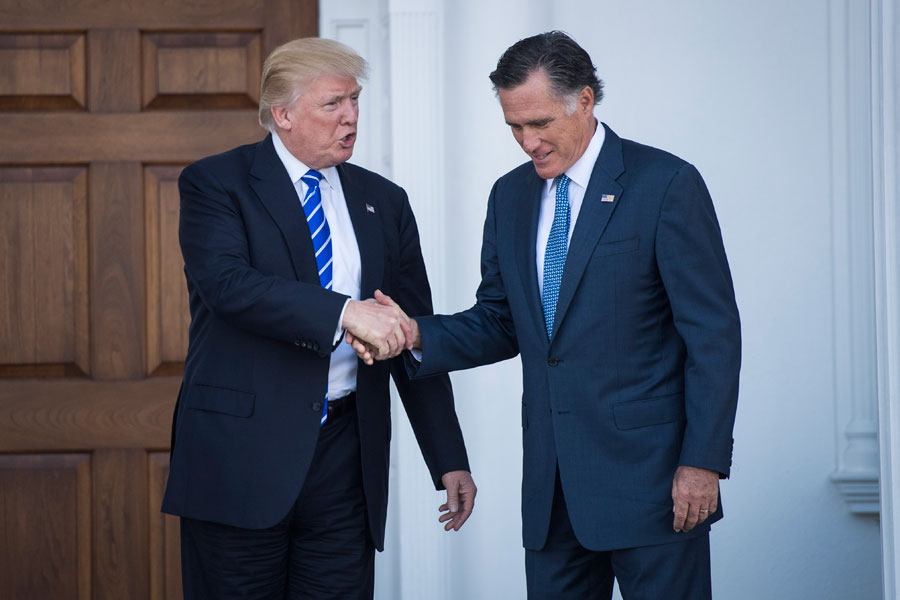 Republican Senator Mitt Romney has written a Washington Post op-ed slamming President Donald Trump, saying “his conduct over the past two years, particularly his actions last month, is evidence that the president has not risen to the mantle of the office.”

The 71-year-old Romney, who ran for the Republican Party against Barack Obama in 2012, criticized Trump for his political appointments, his “abandonment of allies” and for the defensive and combative posture he always assumes in world affairs.

Trump, of course, was quick to respond saying he wished Romney “would focus on border security” and be a “TEAM player.”

The timing of Romney’s negative piece against his party’s boss is raising speculation that he is using it to mount a primary challenge to the increasingly unpopular U.S. president. Romney, it should be noted, has never been a big fan of the current president. When Trump won the Republican nomination for the 2016 election, Romney told the media, “I am dismayed at where we are now, I wish we had better choices”. However, the two made peace and Trump even endorsed Romney’s Senate run in Utah .

While successfully knocking off a sitting president is never easy, a primary challenge does illustrate that the party lacks of confidence in its leader, a manifestation that often hurts the president come election time. In every year there was an incumbent president faced a challenge from within his party, that president (or his replacement) went on to lose the election.