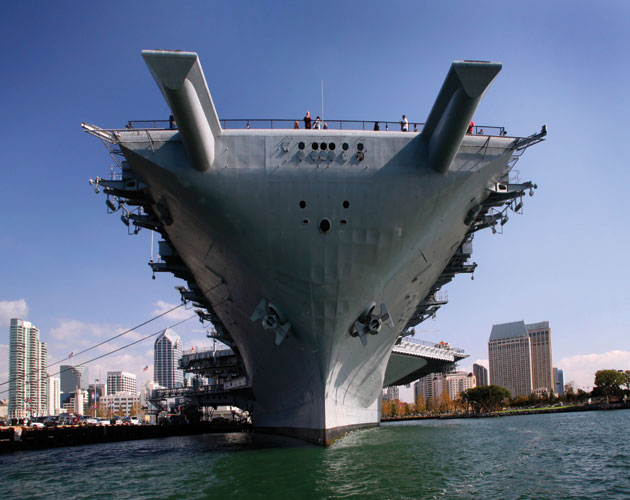 San Diego: Where the weather is fine all the time.

Walk the Town. The Gaslamp Quarter is a revitalized Victorian-era area that spans a strollable 16 downtown blocks, where the once seedy has been replaced with thriving independent boutiques and dining options for every budget and palate. Spearheading the neighbourhood’s rebirth is Ingrid Croce-Rock, the widow of troubadour Jim Croce and owner of Croce’s Restaurant and Jazz Bar, which she opened more than 25 years ago. The atmosphere here is as much an ode to Croce’s brilliant ballads — fans will note his gold records and memorabilia on the walls and his music on the sound system — as it is to the marriage of Jim’s Italian and Ingrid’s Jewish heritages.(www.croces.com)

Live Like a President. Stay at the US Grant, built in honour of the Civil War general and former American president by his son, Ulysses S. Jr. This immaculate hotel is celebrating 100 years in the Gaslamp Quarter and if the walls could talk, they’d tell you that the hotel served as a speakeasy during Prohibition, that FDR announced his candidacy from one of its balconies and that 14 presidents, including JFK, have stayed there. Managed as a part of Starwood Hotels’ Luxury Collection, the US Grant is currently owned by the area’s indigenous Sycuan Band whose connection to the land  predates the first European explorers.  (www.usgrant.net)

Salute History. The USS Midway, docked alongside Navy Pier in the city’s harbour, is the longest serving aircraft carrier in American military history and was re-commissioned in 2004 as a naval museum. Her time as an operational naval vessal spans from the end of the Second World War to Operation Desert Storm when she served as the flagship of the Persian Gulf air operations. Docents have a rich military past, wearing their battle-worn pride with grace while imparting stories and factoids that will fascinate not just war buffs but history lovers. (www.midway.org)

Taste the Bounty. When it comes to dining, California has its privileges, from fresh-from-the-farm fruits and veggies to the catch of the day. Have brunch at Currant, an American brasserie in the historic Sofia Hotel, in which you could imagine both Toulouse-Lautrec and Hemingway sipping absinthe. But for a less psychedelic experience, opt for the Oatmeal Banana Brûlée, a perfect union of comfort and culinary. Cross the bay via the Coronado Bridge and take a sunset gondola ride through the Coronado Cays, while sipping bubbly and snacking on chocolate-covered strawberries. Next, head up the hill to Loews Coronado Bay Resort & Spa and dine at Mistral, where the view is complimented by the chef’s Northern Italian-Southern French cuisine. (www.sandiego.org)

Go north to La Jolla. Perched on a cove high above the ocean, this village’s art galleries, boutiques and beaches are the main draw, but when it comes to food, it’s George’s at the Cove, with its picture-perfect vistas from the Ocean Terrace rooftop. A fave of foodies, the resto recently opened George’s California Modern in the lower-floor dining room, and chef Trey Foshee experiments with palate-pleasing Mediterranean-meets-So-Cal flavours, working with many of the local farmers and markets to produce his menu. (www.lajolla.com)

Absorb the Culture. Spend a day in Balboa Park, where you can visit a number of themed gardens, museums and cultural attractions plus the world-renowned San Diego Zoo. There’s no charge to walk the park’s grounds, and the landscaping, designed by nursery owner and horticulturist Kate Sessions in 1892, is a monument to the area’s history. Some of the buildings, including the California Tower and the dome, which houses the San Diego Museum of Man, were erected for the 1915-16
Panama-California Exposition. Known as the Smithsonian of the West, the San Diego Art Institute and Museum of Natural History as well as the Automotive Museum are among the 15 major institutions represented here and accessible for a small fee.

The outdoor spaces, including the Botanical Building, are treated like a city park and feature everything from an award-winning rose garden to a desert garden spiked with succulents. Bonus: The Timken Museum of Art is free and features the Putnam Foundation’s collection of European and American paintings, including Rembrandt’s St. Bartholomew, as well as a striking array of Russian icons. The Stay-for-the-Day pass allows visits to five attractions. (www.sandiego.org)