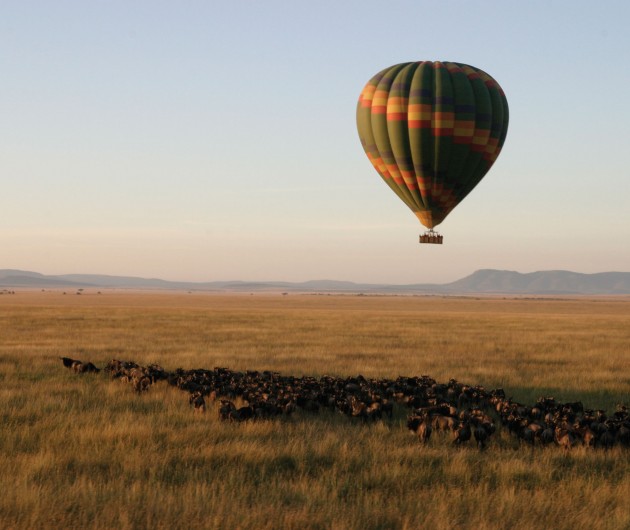 Kim Izzo tells us about her trip of a lifetime.

We landed in Nairobi late at night and stayed at the historic Norfolk Hotel (now a Fairmont property), where photographs of 20th-century colonial Kenya and its most famous inhabitants, Isak Dinesen (a.k.a. Baroness Karen von Blixen, who penned Out of Africa and was portrayed by Meryl Streep in the 1985 film) and her lover, the doomed aviator Denys Finch Hatton (played by Robert Redford), graced the walls. The sepia pictures set the scene all right, and I was ready to unearth my own personal experience and find a connection with the country I’d dreamed about for my whole life. The journey began the next morning on a bush plane. I’m no fan of heights, so getting onto the tiny plane was unnerving. Remember Finch Hatton? But something happened once I was up in the clouds: the view below opened up and the green vistas dotted with exotic animals made my fear subside.

We landed on a dirt strip in the Masai Mara National Reserve – known locally as “the Mara” – in the southwestern part of Kenya. The Mara is the continuation of the Serengeti Plain from neighbouring Tanzania. Masai warriors greeted us and demonstrated their native dance as our guides loaded the trucks with our luggage. Then, we were off on our first game drive. There is a reason the local government came up with the tourism slogan Magical Kenya. Every direction was teeming with wildlife. Zebras. Gazelles. Baboons. Giraffes. Buffalo. Cheetahs. Leopards. Hippos. Ostriches. And, at long last, elephants. A family of six grazed peacefully. A baby stuck close to its mother, and the herd slowly marched. I was transfixed. After decades of longing for this moment, seeing elephants in the wild was a visceral emotional experience that went beyond nature documentaries and movies. Some moments in life aren’t easily captured by camera or pen, and this was one of them. I could die happy now.