Letters from Lightstone: Sites and Sounds of Israel, Part 14 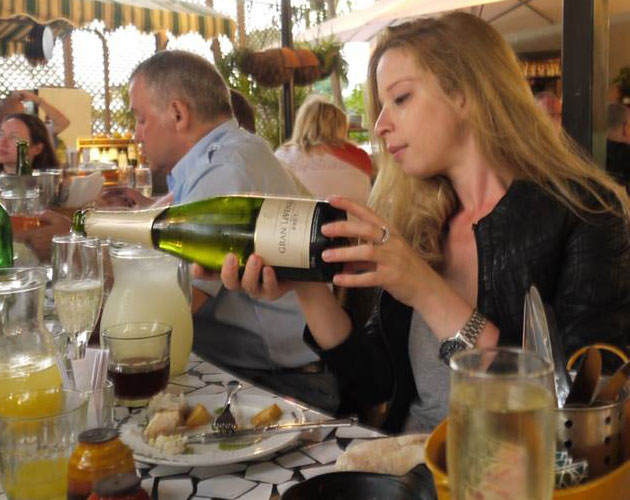 Courtney, an American who writes about opera from her home in Milan

Follow ZoomerMedia’s Marilyn Lightstone as she travels to Israel this summer to bring you first-hand coverage of this culturally-rich country. In this dispatch, she sends a letter to her friend Maestro Kerry Stratton, host of Conductor’s Choice on the new Classical 96.3fm.

I’m sending these images not because they have any intrinsic value, either as photography or video, but because of the history of the locale.

Did you happen to see the documentary about Huberman, an early 20th century violin sensation in Germany? A fascinating story!

Though he toured the world, he was based in Berlin during the rise of the Nazi era and sensed the need for Jews to leave the country before it was too late. So great was his fame and influence, that one by one, he managed to get exit visas from the Nazi authorities for the Jewish musicians from The Berlin Philharmonic to leave Germany and to go to Israel. Needless to say, this was not an easy task. The visas came slowly, and Huberman knew that the virulent antisemitism of the Nazi regime was growing with every day. Some of the musicians were reluctant to leave. After all, were they not acclaimed for their art? Were they not proud Germans?

Nor were things easy at the other end either. Ben Gurion’s priority was that the precious entry visas allowed under the British Mandate were needed for farmers, builders, and doctors. Why on earth should he give them to musicians!

Well, one by one, they did come, while those who did not or could not, perished. Those who did, were the very first members of what became the Israeli Philharmonic Orchestra, and their premiere performance, under the most primitive performing conditions, was conducted by the great maestro, Arturo Toscanini.

And WHY am I accompanying this story with this photo, and (rather tedious, I must admit) video!

Well, it’s because, in the film I mentioned earlier, there was a sequence of shots of the musicians from Germany disembarking at the train station in Tel Aviv. They look SO out of place in their heavy urban, German attire — dressed as they might have in Berlin — heavy suits and fedoras, chic dresses and suits; and no doubt worrying about what this very hot and humid climate was going to do to their precious instruments.

And the train station, overlooked by the very large old tree you see briefly in the video?

It’s been turned into an upscale Tapas restaurant, flocked by tourists and visitors alike.

Maestro Huberman’s name is revered by anyone who knows his history, and there is a street in Tel Aviv named in his honour.