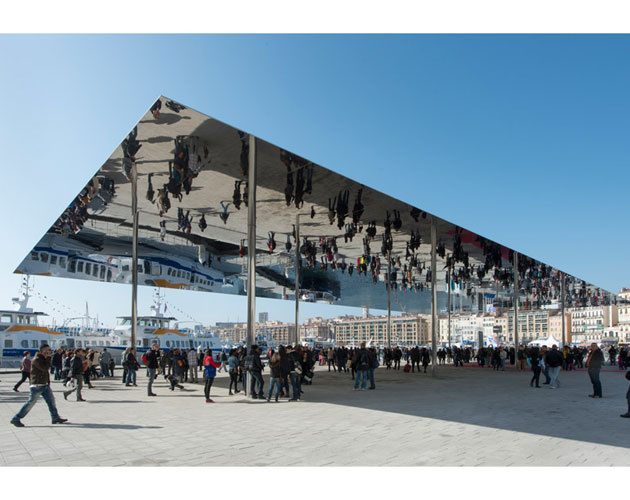 Long a bustling working port city, today the capital of Provence offers culture and cuisine along with its fabled history

For many years, Marseille was synonymous with crime, the drug trade and the French Connection. But for foodies, the city has always been known for its bouillabaisse, a rich fish soup with a saffron tinge and garlicky rouille. Did the Ancient Greeks bring the recipe when they founded France’s oldest city, then called Massalia, in 600 BC or did Venus make it to put her husband, Vulcan, to sleep while she partied with her lover, Mars? Whatever its origins, in 1980, local restaurants drew up the Marseille Bouillabaisse Charter to define its celebrated dish from weak imitations being sold in tourist traps.

The Charter requires a true bouillabaisse be made with at least four kinds of seafood: rockfish, spider crab, red mullet, conger eel and red scorpion fish (extras may include John Dory and crayfish). Then onions, tomatoes, potatoes, fennel and saffron. At Le Miramar, a founding charter member, in Vieux Port where the fishing boats dock each morning with their catch, its signatory dish is finished with a shot of pastis, France’s anise-flavoured liqueur. Chef Christian Buffa is a Marseillais of Italian and Corsican origins and vice-president of the Charter. In his words, “What could be more beautiful for a Marseillais than preparing a bouillabaisse facing the Bonne Mere?” The restaurant offers a monthly cooking class that begins at the market and ends with bowls of the famous dish. It will leave you quoting William Makepeace Thackeray, author of Vanity Fair and The Ballad of the Bouillabaisse: “Here comes the smoking Bouillabaisse!” (For Le Miramar’s recipe, click here  – good luck on finding four weevers!)

Such stringent guidelines for cooking are at odds with Marseille’s centuries-old bad-boy reputation, which started soon after its incorporation into France in the early 1480s; the Marseillais chafed under central government. By the end of the 17th century, King Louis XIV led his troops to the city to quash an uprising; the result was the building of Fort Saint-Jean and Fort Saint-Nicolas at the entrance to the harbour to defend against the rebellious inhabitants, not to defend the city itself. A century later, 500 volunteers marched into Paris to support the revolutionary government against the monarchy, chanting what would become La Marseillaise, now the national anthem of France.

The city prospered during the rise of the French Empire, and many immigrants from the former French colonies now call Marseille home – Algeria, Vietnam, Armenia, Tunisia – along with Italians (one-third of the population traces its roots to Italy), Greeks, Russians and Corsicans.

Today, Marseille still has its back to the rest of France and looks south toward North Africa. It identifies more with the Mediterranean culture – witness last year’s opening of MuCem (the European and Mediterranean Museum of Civilizations), the world’s first museum dedicated to Mediterranean culture and the first national museum outside of Paris. One museum with three sites: the new building on the J4, the former pier, with an innovative lacy filigree made of concrete, linked by a pedestrian bridge to Fort Saint-Jean; the Villa Méditerranée; and Musée Regards de Provence.

A walk through the Panier (Old Town) reflects the waves of immigration that makes Marseille a cultural melting pot. Narrow cobbled streets wind their way through tall skinny houses dating from the 16th and 17th centuries, although much of the Panier was destroyed during the Second World War. The close quarters proved a haven for Resistance fighters, refugees and criminals. Today, the revitalization of Marseille has led to some gentrification, but the Panier remains a vibrant community with art galleries and craft shops. The 17th-century Vieille Charité, originally a poorhouse, is now home to museums, galleries and a cultural centre, and the 18th-century Hôtel Dieu is now a luxury InterContinental Hotel. The Panier itself is enough to warrant Marseille’s distinction as a European Cultural Capital in 2013.

Stay at the centrally located four-star Grand Hôtel Beauvau in Vieux Port, which has hosted guests since 1816 – guests such as Frédéric Chopin, George Sand and Paganini. Directly across the oldest road in Marseille on the widened pedestrian mall is one of city’s newest art installations, created to celebrate last year’s designation. The Ombrière, designed by English architect Norman Foster, is a stainless steel canopy that casts more light than shade, reflecting the maritime history of the port and illuminating its vibrant future.

At Les Arcenaulx, a bookstore-gift shop-tea room-restaurant in one of the oldest working buildings in Marseille, we find our Canadian connection: in the must-read list of books is Canadian author Joseph Boyden’s French translation of his first novel, Three Day Road. I can’t rebel against that.

Air Transat flies direct to Marseille weekly from Toronto and Montreal from May 5 to Oct. 13. www.airtransat.com

With the city as a base, explore surrounding Provence with full- or half-day tours to Arles, Aix-en-Provence, Arles, Les Baix, Saint Rémy de Provence or follow Cézanne and the wine roads. www.marseille-tourism.com

For more information, go to www.tourismpaca.com.