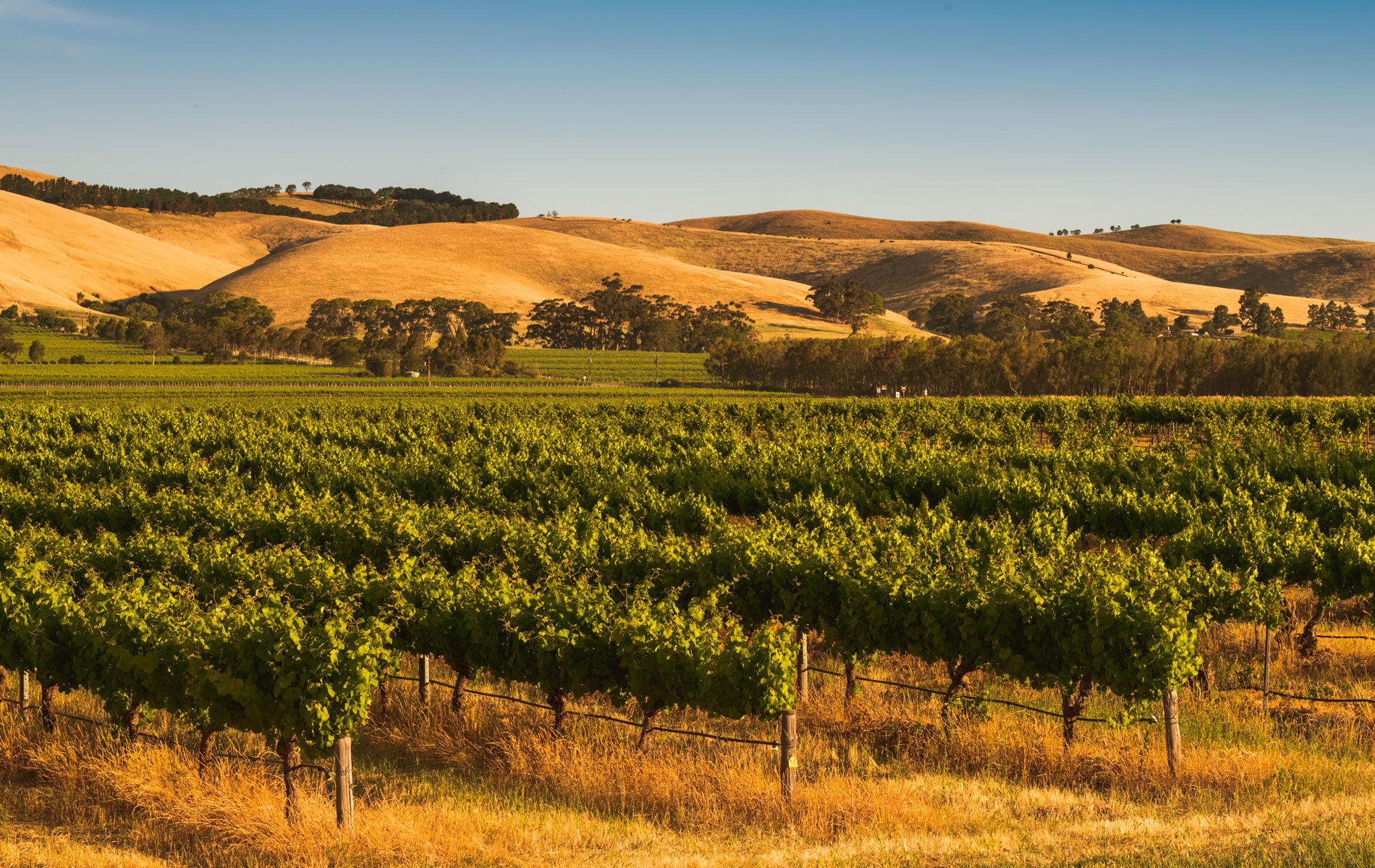 Beyond the beautiful scenery, the Barossa Valley is a haven for foodies

Here’s a Kodak moment for you: Grapevines etch a hillside in near perfect symmetry. Greens, browns, ochres; fields of grass, blue skies, sheep and cattle grazing. Tuscany? Perhaps, at a glance. Niagara? The escarpment has such beauty. Napa? Okanagan? No, none of the above. Just where in the world are we?

A couple hours drive outside of Adelaide, South Australia, that’s where. This is the Barossa Valley, a pocket of wine provenance that pretty much corners the market on some of the best Shiraz bottled, not just in Aus, but the world.

Cypress trees line the drive at The Lane, above, en route to the Barossa Valley from Adelaide, seemingly marching up a slope, one by one, in a row. But it’s not just the views that dazzle. In the New World red wine category, South Australia, and particularly the Barossa Valley, gives California a run for its money, with a growing season that’s as long as it is varied. Where there is wine, there is food, and food was a natural segue into the new, in South Australia’s Barossa Valley.

Chefs began to make the move here in the latter half of the 20th century, citing the longer growing season, the close community, the ability to know their suppliers, their farmers, and their neighbours, and a culinary destination of delicious proportions was born. Jetsetters soon followed, and the enthusiasm for culinary travel has gone mainstream, with many tour companies’ itineraries built around food and wine experiences. This global hunger for eating and drinking with the locals makes the Barossa Valley a bucket-list foodie haven to the max. Its close proximity to bustling Adelaide doesn’t hurt either; the city was voted by the guidebook experts at Lonely Planet as a top-10 spot to visit in 2014, for its burgeoning food, arts and music scenes – and as a gateway to wine country.

The Louise is a boutique resort in the Barossa Valley known for its intimate environment – there are only 15 suites on property, some with outdoor showers – but, perhaps more importantly, it’s having not just one, but two lauded chefs at its helm in its first decade (the resort opened in 2005).

Mark McNamara, the Barossa Valley-based proprietor of the cheekily titled cooking school, Food Luddite, was The Louise’s first chef. He established the resort’s cuisine ethics at Appellation, the terrace view seen above, with local, artisanal and old-fashioned simplicity as his core ingredients, a signature with which he still infuses in his cooking at the school (www.foodluddite.com).

Appellation is currently under the direction of executive chef Ryan Edwards, who has expanded the locavorism philosophy with a daily changing chef’s tasting menu, with many of his ingredients coming from the kitchen gardens.

And the wine. There’s the best of the valley, naturally, but it goes beyond with a few interesting and boutique selections, from which the sommelier pairs each night with Edwards’ ever-changing fare. This free-wheeling attitude has its perks: Gourmet Traveller Wine Magazine has awarded Appellation’s selection as South Australia’s Wine List of the Year for the past 8 years, and it also holds a Wine Spectator Best of Award for Excellence.

After a well-curated night cap, then, it’s off to bed, in one of the hotel’s spacious suites. G’night, mates.