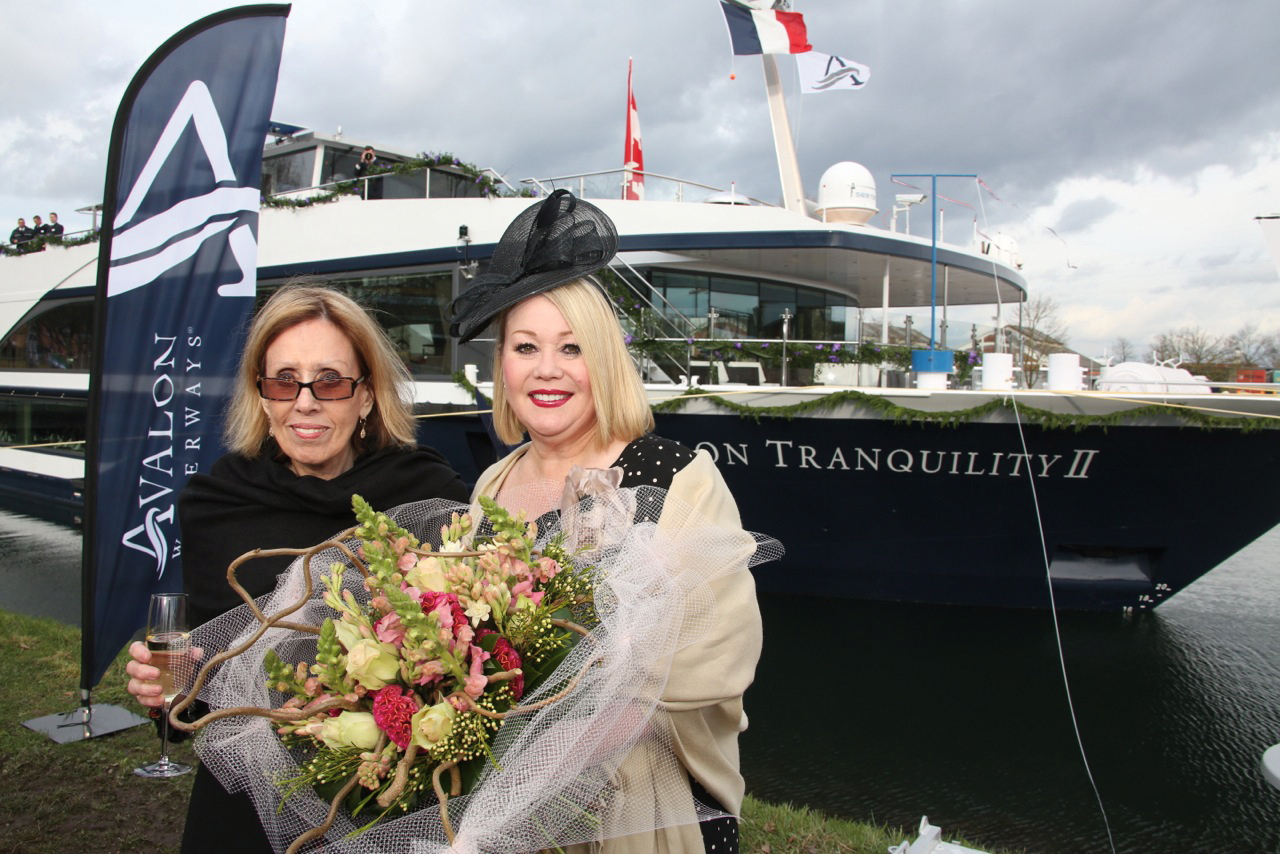 When a chance to share an experience of a lifetime with her mother came along, Canadian musician Jann Arden, who released A Jann Arden Christmas on Oct. 30, got on board – even though life threw her a few curves along the way.

A lot of crazy wonderful jobs are pitched across my manager Bruce Allen’s desk but, these days, we like to call them opportunities. Opportunities that really are life-changing in every way. Take, for example, the day we got a request from Avalon for me to, perhaps, be godmother to one of its newest river cruise ships called the Tranquility II.

My first response was to pass on this particular job because, of course, it meant travelling overseas and being away from my parents whom I have been looking after for the better part of five or six years. I was just about to respond to one of Bruce’s emails about the cruise ship and how it wasn’t a good time for me to go when I had an epiphany. What if I turned this job opportunity into a beautiful life experience for my parents and myself?

What if I proposed to the gang at Avalon that I take my parents with me on this adventure? What if? When the request came in to Bruce’s office, the job was probably seven or eight months away, so I certainly felt like I had time to get my folks organized for a big trip. Probably the last big trip of their lives.

I had plenty of time to get their passports in order, organize the various pets they have and get them accustomed to the idea of hopping across the pond to Germany and then France on a plane as it were. The idea of travelling with two people that were having “memory issues” (that’s an understatement) was daunting, to say the least, but I also knew that my window of opportunity was very rapidly closing in on being able to do this type of trip with my parents.

Further to all of the plans I had to make with my parents, I also had to sort out in my mind what being a godmother to a cruise ship actually meant. Yes, I was well aware of the obligatory giant magnum of champagne that is hurled at the bow of the ship in celebration but, aside from that, I didn’t really have any idea of what was ahead of me. It was going to be an adventure no matter which way I looked at it, and that felt very exciting to me. It felt extremely gratifying in my heart and soul to be able to take on something that I had never done before.

It was all that my mom talked about for months. Every time she was on the phone talking with anybody, I could hear her going on and on about what we were going to be doing and what we were going to be seeing. It gave her something to look forward to, and that is a very important thing in life: to have things to focus on that lift you from the day’s troubles.

Sadly, as the months went by, my dad became very ill and eventually ended up in a nursing home. It was apparent that anyone going on a trip like this would definitely have to have pretty good mobility in order to do any of the excursions or even get around the ship, for that matter. He wouldn’t be able to come and he was beyond sad; we were all sad.

My mom was such a trouper, though, and she remained determined to take the trip with my tour manager Chris Brunton and me. We got ready weeks in advance for the sailing; getting Mom packed and making sure she had all the outfits she would need for the various evenings that were going to be spent on board. Dining and dancing and visiting with the other passengers. I think Mom had envisioned the Titanic!

When we finally boarded the plane to Frankfurt to meet up with the lovely people at Avalon, they had upgraded us to business class, to which my mother said, “Jann, do you think we could get normal seats?” That made me laugh out loud. “I don’t know how to work this one, and my feet don’t touch the ground,” she exclaimed. I told her that they were very special seats that someone had paid a lot of money for and that we should probably stay put just to make everybody happy. That seemed to make sense in her head, which I was thrilled about.

As we were making our way across the Atlantic Ocean, my mom looked out the window and remarked how she couldn’t believe we were going to be on a river cruise. Sometimes, when you see things through somebody else’s eyes, you realize what it really means to feel gratitude. I know that I have many times in my life done just that, taken things for granted. I haven’t really taken that step back and said to myself, this is extraordinary! Mom made me acutely aware of how wonderful my life was.

It really was the trip of a lifetime. Going down the Rhine River as the sun set over the hills, gazing at all the ruins and the half-standing castles that hung from the side of the cliffs as the moon snuck over the hills. It was nothing short of awe-inspiring.

I will never forget taking that trip as long as I live. A job opportunity that provided my mom and me with memories that will live on forever. I really am so grateful. Mom said it was the best train trip she had ever been on. Yes … train! Bittersweet, for sure.

Editors’ note: Since writing this story, Jann’s father Derrel Richards passed away. Arden documents her experiences as a caregiver to both her parents on her Twitter (@jannarden) and Instagram feeds (@jannarden), where her fans have shared their own stories of caregiving, love and loss.

The Tranquility II sails on the rivers of Holland, France, Germany and Switzerland, 1-800-268-3636, www.avalon