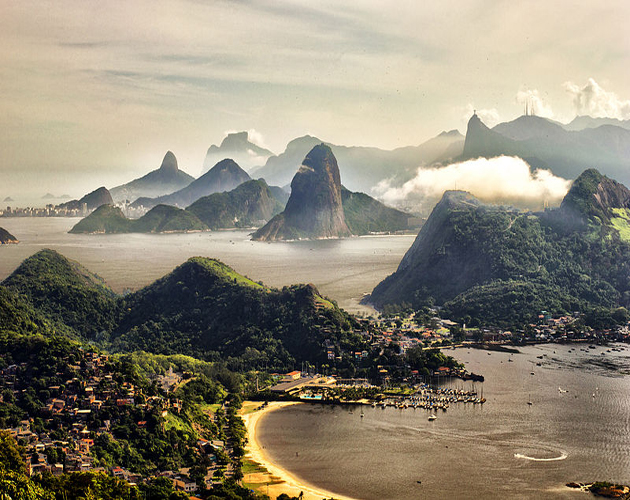 With the world’s spotlight on the 2016 Rio Summer Olympics (August 5-21), we did a little research into the host country.

1. Brazil is the fifth largest country in the world (behind Russia, Canada, the US and China).

2. It also has the world’s fifth largest population, with more than 200 million people.

3. Brazil boasts a whopping 60 per cent of the world’s rainforest with approximately 56,000 species of plants.

4. According to a 2007 report, there are 67 uncontacted tribes in the Brazilian Amazon.

5. The Portuguese dialect in Brazil is similar to that spoken in the 16th century, although it wasn’t the official national language until the 18th century.

6. Brazil has been the world’s largest exporter of coffee for more than 150 years.

7. The most popular surname in Brazil is Silva with 10.5 percent of the population bearing this name.

8. The statue of Christ the Redeemer in Rio de Janeiro was named one of the “New Seven Wonders of the World” back in 2007.

9. Brazil has more than 4,000 airports—more than any other country other than the United States.