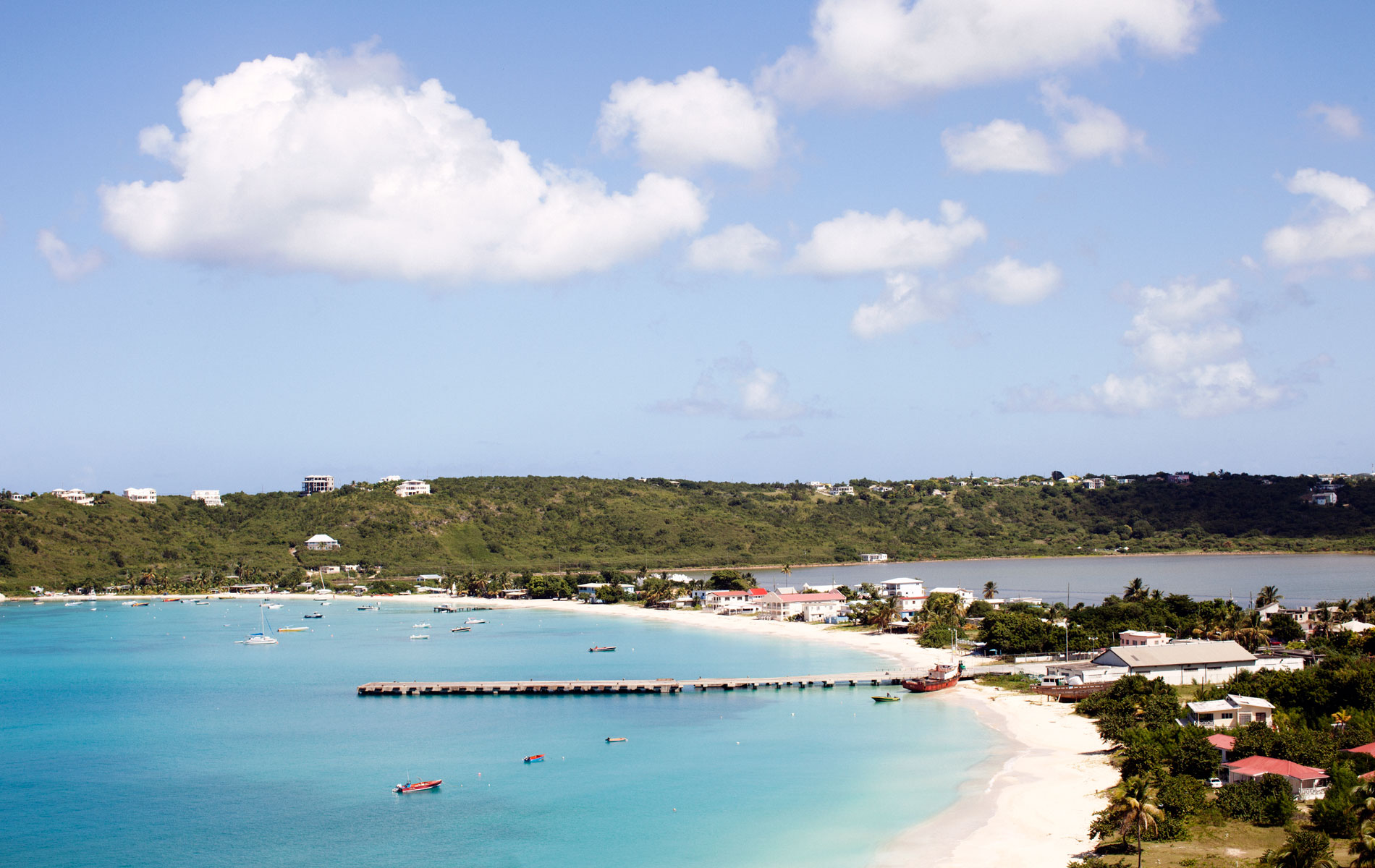 Winter may still be howling in the Great White North, but the weather’s fine on Anguilla, the up-until-now secret beach getaway for the likes of Liam Neeson, Paul McCartney and Denzel Washington.

The island is wonderfully less travelled, highly cultured and also high on the list of safest places in the British Caribbean. Here, five reasons to visit.

1. The beaches
There are 33 of them—on an island that’s only 91 square kilometres. Barnes Bay, Meads Bay, Shoal Bay and West End Bay are among the most scenic. Or take a quick speed boat to Scilly Cay, a rustic islet just off shore with swimmable beachfront and a restaurant, serving fresh daily catch and lobster on the barbecue with live music.

2. The tunes
The island is a music lover’s paradise, with Bankie Banx the island’s premier reggae musician and resident poet lauded as the Bob Dylan of Anguilla leading the charge. Banx, who also hosts the annual Moonsplash reggae festival, has his own outpost, Bankie Banx’s Dune Preserve, but he plays all over the island. There are plenty of other local musicians performing fast-beat soca, calypso and reggae at local hangouts such as Pumphouse or Straw Hat. Tip: Thursday is the new Friday – the night to catch some of the island’s best live music acts. www.bankiebanx.net

3. The food
Banx’s club is just down the road from the CuisinArt Golf Resort and Spa—the Cuisinart of culinary fame, where you can take cooking lessons, then dine on your creations and spend the night. In November, The Reef by CuisinArt opened, a boutique extension of its sister property with 80 suites. www.thereefbycuisinart.com

Looking for something even smaller? The Manoah Boutique Hotel, another member of the Small Luxury Hotels of the World, launched in early November with just 25 rooms. www.the-manoah.com; www.slh.com

4. The luxe change-up
Last October, the Four Seasons took over the Viceroy and added its own brand of Canadian luxe hospitality. It’s a switch-up from the island’s mostly villa offerings—although it will have 166 of those to choose from along with standard hotel rooms. The resort has access to not one but two stretches of beach. Oh, and did we mention the hilltop view from the infinity pool? www.fourseasons.com/anguilla

5. The villas
Even though there’s been an influx of more traditional hotel resorts to the island, villas are still the most popular way to stay, and many have set up hotel-style services to ensure you get the best of feeling at home and, at the same time, treated like a guest without having to make the bed every morning. When we visited, we stayed the weekend at CéBlue Villas, with eye-candy views of Crocus Bay Beach and some of the sexiest bathrooms on the island, with local chef-in-villa dinner experiences optional. Boats dot the clear water, a sea of complex blues and greens that almost defy description. Gaze into it as meditation, and the mind will feel calm, cool and, even after a sunset cocktail or two, remarkably collected. The best reason for a holiday, after all. www.ceblueanguilla.com

Air Canada Vacations, Sunwing and WestJet offer direct flights to nearby St. Maarten (take a high-speed ferry to the island), Antigua and San Juan (for air connections). Recently, Puerto Rico-based regional carrier, Seaborne Airlines, announced that the airline is expanding its flights to the island from three days a week to five.

A version of this article appeared in the March 2017 issue with the headline, “Vila-ing In Anguilla,” p. 86.