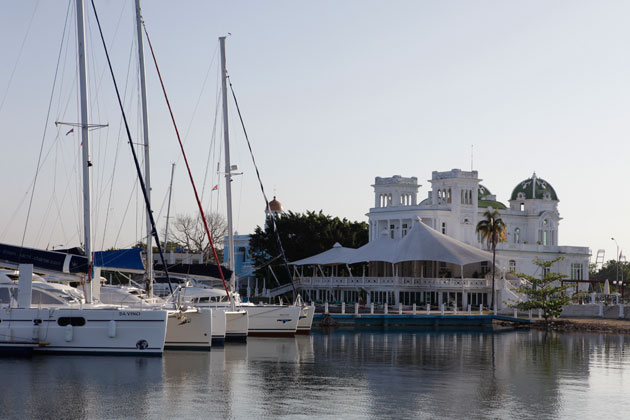 Where to Cruise in 2017: We asked a few travel experts to give us their Budget to Bucket List.

For Canadians, surrounded by three oceans and the most lakes in the world, being on the water just comes naturally. And according to the latest numbers, we boomers are the most prolific of cruise travellers in the country. You’ve told us you’re happy to spend two weeks or more on a ship, and many of you seek a travel expert to curate your seafaring sojourn. We love the unpack-once-yet-visit-a-new-port-of-call-every-few-days convenience.

So what’s new? A tweaked definition of mixing business with pleasure, coined by the industry as “bleisure.” According to Mary Jean Tully of Tully Luxury Travel, it could mean, “bringing along family while on business to explore a culture.” And cruise lines are being inspired by the “global citizen” traveller, with opportunities for philanthropic pursuits and learning holidays.

For Second World War history, for example, try your luck on the river. Avalon Waterways offers river cruises perfect for history buffs, featuring destinations important to the Second World War and the museums and exhibits that honour it, sailing this summer: Paris to Normandy for WWII Historians (July 11); Grand France for WWII Historians (July 11).

The environment is always a hot topic. “Sir Richard Branson announced his new cruise line, Virgin Voyages, to launch in 2020,” says Carl Henderson of Travel Professionals International (TPI). “They will have Climeon engines that are supposed to be more environmentally friendly.” Royal Caribbean, he adds, says its next class of ships will be powered by more environmentally friendly methods. But a changing environment is also changing the cruise landscape. For the first time, a non-expedition class, large luxury cruise ship traversed the Northwest Passage. Crystal Cruises‘ Crystal Serenity made the 32-day voyage with more than 1,000 passengers on board from Anchorage, Alaska, through the Arctic to New York City. The ships’ crew were assisted on-board by two Canadian Ice Pilots and escorted by the icebreaker the RRS Ernest Shackleton for the northernmost part of journey.

Another hot topic? Cuba. Been there, done that? Now, we’re touring the country from its coasts, says Kathy Mooney, cruise product development, Air Canada Vacations, rather than its resorts.

Partnerships between the land and the sea are happening. Uniworld River Cruises have teamed up with Canada’s Butterfield & Robinson, known for its cycling tours, to offer biking river cruises on the Danube and the Rhone in Europe.

So what are you waiting for? Click through to see what these seasoned travellers are suggesting we add to our cruise checklist.

River or Small Ship List: A five-masted sailing vessel such as Star Clippers slipping into small ports of call unreachable by larger vessels throughout Europe in the summer and the Caribbean and Indonesia in the winter. Budget-meets-Bucket List: Tahiti and her islands. Paul Gauguin cruises offers an all-inclusive luxury experience that is infused with Polynesian Culture and, with the Canadian Resident promotion right now offering up to 25 per cent off, it is a great time to go.

River or Small Ship List: Cruise lines are starting to diversify their offerings and also targeting specific niche markets. Companies like AMA Waterways who cruise for Adventures by Disney and Backroads.

Budget List: There are always good deals, especially on seven-night Caribbean cruises from Florida. “The Caribbean is still the No. 1 cruise destination for Canadians, followed by Europe.

Bucket List: The Far East; Australia. But for some, a bucket-list cruise would be a splurge on a suite on a European cruise.

River or Small Ship List: The Yangtze in China.

Lisbon, Portugal at sunrise from the deck of Crystal Cruises’ Serenity

Budget List: The Caribbean – Eastern, Western and Southern Caribbean sailings and they all include the beverage package [which is cruise lingo for all-inclusive drinks].

Bucket List: Specialty small ships: a more intimate feel, they tend to include drinks, gratuities, destination lectures, local cuisine and shore excursions in the price for a truly all-inclusive feel.

River List: Europe, Asia and Africa. And it’s good for those who feel bothered or sea sick by the motion as the rivers tend to be calm.