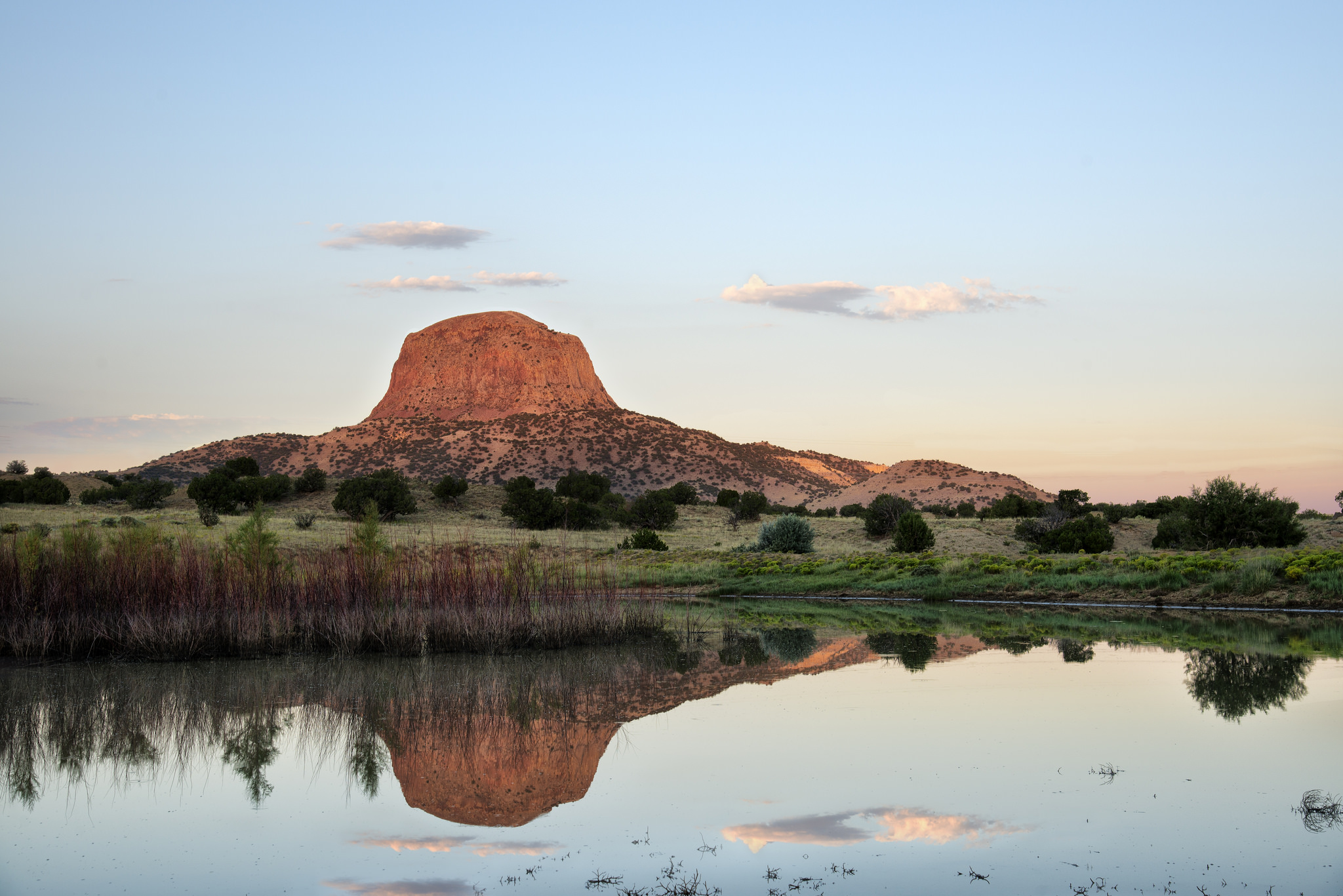 Drinking in the arts. And chili-ing out in New Mexico.

Santa Fe. Everyone knows something about Santa Fe even if they haven’t been there.

But mostly famous for Canyon Road, once a footpath for Pueblo Indians, now a half-mile stretch of more than 100 galleries, jewelry stores, boutiques and studios. It’s an art lover’s paradise, propelling the city to a UNESCO designation as a Creative City of Crafts and Folk Art. This is a food lover’s paradise, too. Perhaps it’s the combination of white settlers, Native Americans, Mexicans and Spaniards (Santa Fe was on the Camino Real, a 1,600-mile trade route that connected with Mexico City). Today, the city of 70,000 is an inviting fusion of cultures, reflected in its award-winning restaurants, where the biggest argument seems to be red or green – chilis, I mean. In fact, New Mexico declared “Red or Green?” the official state question in 1996, referring to your chili preference.

Before you eat, walk the town. On the walls of the convention centre hang red chilis drying in the sun. At the Palace of the Governors (built in the early 17th century as Spain’s seat of government in the New World – 10 years before the Pilgrims landed at Plymouth Rock!), Native Americans offer everything from finely woven rugs and elegant turquoise jewelry to carved mementos and feathered curios. Standing under the arches makes you feel like an extra in a Hollywood movie.

With almost everyone wearing denim and boots (the Four Seasons Santa Fe is the only hotel in that elegant chain that encourages staff to wear blue jeans), the absence of cowboys and horse-drawn carriages almost seems ridiculous. And while Hollywood’s cinematography may be to blame for the letdown when first seeing iconic sites, the Old West look of Santa Fe doesn’t disappoint – its incredible mix of arts, culture and gastronomy only adds to its allure.

Set aside a full day to take in the Canyon Road galleries with their traditional and contemporary Hispanic and Native American paintings and sculpture, then stop for lunch at one of the many restaurants on the strip. Or head over to Tomasita’s. For more than 40 years, this family-run restaurant has topped the list for best red chili, best green chili, best margaritas and best New Mexican restaurant. For an out-of-town and true Western experience, follow the Turquoise Trail half an hour south to Madrid (pronounced MAD-rid), once a coal-mining town, then a ghost town until it was rescued as – you guessed it – an artists’ community with more than 40 shops and galleries – and half a dozen restaurants in a town of little more than 200 people.

Have a Shaft Margarita and a green chili cheeseburger at the Mine Shaft Tavern, a roadside saloon established in 1899. With the longest stand-up bar in New Mexico, the Mineshaft is a community centre as well as a biker bar with the yard full of motorcycles, testament to the aficionados of the 2007 film Wild Hogs, starring Tim Allen, John Travolta, Martin Lawrence and William H. Macy. And don’t miss Cowgirl Red, with more than 500 pairs of cowboy boots and an impressive supply of locally painted gift cards and postcards.

And the answer to the state question of red or green should be: Christmas – both red and green on the same plate. The best of all worlds right here in Santa Fe.