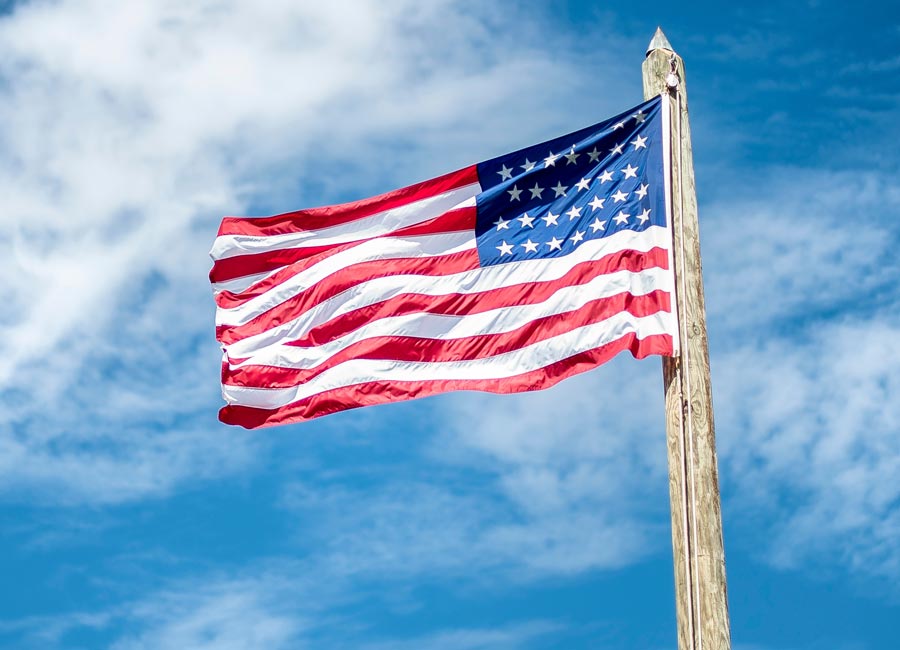 Are snowbirds changing their migration patterns because of U.S. turmoil?

They call it the Trump Slump, an epithet used to describe the decline in tourism that the United States has been suffering since the election of Donald Trump and his brand of bear-baiting, immigrant-bashing, in-your-face, make-America-confusing politics.

Following the freak show from up here, got me wondering if Canadian snowbirds who typically winter in the U.S. Sunbelt are reconsidering their travel options. To get an answer, we turned to Everything Zoomer‘s Facebook page and posed the following question: Are you reconsidering travelling to the Sunbelt while Donald J. Trump is in office? Along with the fact that Zoomers are refreshingly uninhibited in expressing their opinions, here’s what we learned.

“My hard-earned dollars are staying right here in Canada until that man and all those other Republicans stop spewing hatred and kowtowing to the rich,” says Oakville’s Janet Gerard-Downing, whose sentiments are echoed by Penticton, B.C.’s Evelyn Annan, who says her family will not be going the U.S. as long as The Donald is POTUS. “Too many unknowns and so much violence, and he is only creating more,”

Patricia O’Connor of Toronto takes a more nuanced approach when she says she’ll be holding back as long as persons of colour, non-Christians or those coming from “targeted” countries but who hold legitimate passports are delayed or detained with prejudice. “President Trump doesn’t have to build any walls,” she observes. “He has already isolated the country.”

U.S. suppliers to snowbirds are going to cringe like a shrivelling orange when they hear the kinds of comments made by Niagara’s Rosalie Thomson Cherlton. “We used to go to Florida for a month or more but hesitate to go now. Looking at other options.” Ditto Shelly Lucas Bruce, who says, “With every passing week of the Trump Tragedy, I feel stronger that my travel money will not see America. It is my only way of protesting my extreme dislike for this administration.”

And it isn’t just el presidente who’s souring the soup, the Guns ‘N no-Roses attitude of U.S. border agents also came in for a bruising. “U.S. border agents are too unpredictable and have too much power,” says Jennifer Wilkins of White Rock, B.C. And there’s “no way” Oshawa’s Arlene Massey is going to prod the sleeping border-dog. “U.S. customs officers can be nasty if they get out of the wrong side of the bed,” she says, likely from experience.

To be fair, the current incumbent, with his inflammatory rhetoric and divisive policies are only part of the equation; Zika fears and more especially the limping loonie are definitely salting the sore. Victoria’s Stephanie Rooney says although she is not considering a visit to the home of the brave as long as the “nut bar” is president, but more to the point she says is the 77-cent dollar. “If the dollar was closer to par, I might consider going but ….” Glenn Clifford of Lion’s Head, Ont., says he is “definitely” putting off travel to the U.S. but not because of DT. “It’s economics (the exchange rate) …” he explains.

And yet, there are many Canadians who feel that America, in its beating heart and seemingly troubled soul, is a lot bigger than any one president. They aren’t letting The Donald influence their winter plans. Count among them Peterborough, Ont.’s Nancy Anne Johnson who says, “I have a great appreciation for the U.S.A. and always will.” And Jim Briard of Kaslo, B.C., poses a pertinent question when he asks, “There are a lot of countries governed by worse people than him that are visited by people like us so what’s the big deal?” Gail Martens of Brantford, Ont., says the entire debate kind of ridiculous. “I find it rather amusing that so many are taking the Chicken Little approach,” she says. Sharon Chey Kroeker agrees, suggesting that “much of the negativity is thru media and Hillary supporters. Sore losers? You tell me.” Francesca Polacco jokes: “I am not going to visit [Trump]” And Lee Herman Wohl asks the million-dollar question: “What does my paradise in Florida have to do with American politics?”

It’s worth noting that many Canadians own property in the Sunbelt. They have good friends they have made from around the world, including many Americans. Consider the case of Campbellville, Ont.’s Donna Blair, who sings a refrain that could be lip-synced by many a snowbird. “Our fifth wheel is in storage in Harlingen, Texas, and our lot is paid for, so we will be returning. My saving grace is that we love and support the locals, and they treat us very well.” She does have some advice though: “We absolutely do not discuss politics or religion with our American friends.”

America has its problems, and The Donald may be one of them, but the vast majority of Americans are good people who will lend a hand and an ear when asked. So let us finish with a plea from one of them, former Obama speechwriter Terence Szuplat. “Don’t give up on us,” he says. “America is bigger than any one person, even the president. And we’re still here.”

Can we have a recount?

It’s likely that if Canadian boomers had been able to cast the deciding votes in the last U.S. election The Donald would be back in Trump Tower licking his wounds. Fully 72 per cent of those who posted comments on Everything Zoomer said they would not be travelling to America as long as he occupies the White House. Talk about a landslide!

One Trump or no-Trump, Canadian snowbirds are increasingly migrating to destinations outside the United States during what many of us who remained pinned down in the trenches during the winter months, a time the rest of refer to affectionately as shovel-snow-and-repeat season. According to a Blue Cross study entitled “Not Your Traditional Snowbirds“, winter escapees nowadays are younger, increasingly more adventurous and ever more open to winter nest building in exotic destinations. For example, although snowbird trips to the U.S. have grown by 175 per cent since 1998, they have gone up by 224 per cent to alternative temporary termini. These include Panama, Argentina, Costa Rica, Jamaica, Dominican Republic, Honduras, Ecuador, Nicaragua, Thailand, New Zealand and, of course, Meh-hi-co. Making it easier to migrate is that younger snowbirds are less likely to own property abroad, preventing them from being tied down to any one locale and making the whole world their personal pearl-bearing mollusc.

According to a story in The Economist, Tourism Economics, a forecaster, expects two million fewer foreign visits to America this year, a one per cent drop from 2016. Without Mr. Trump, it had expected a three per cent increase. The same story cites Expedia CEO Dara Khosrowshahi saying that American hotels and airlines are already cutting prices in an attempt to lure travellers.