10 Tips to Cut Your Travel Costs 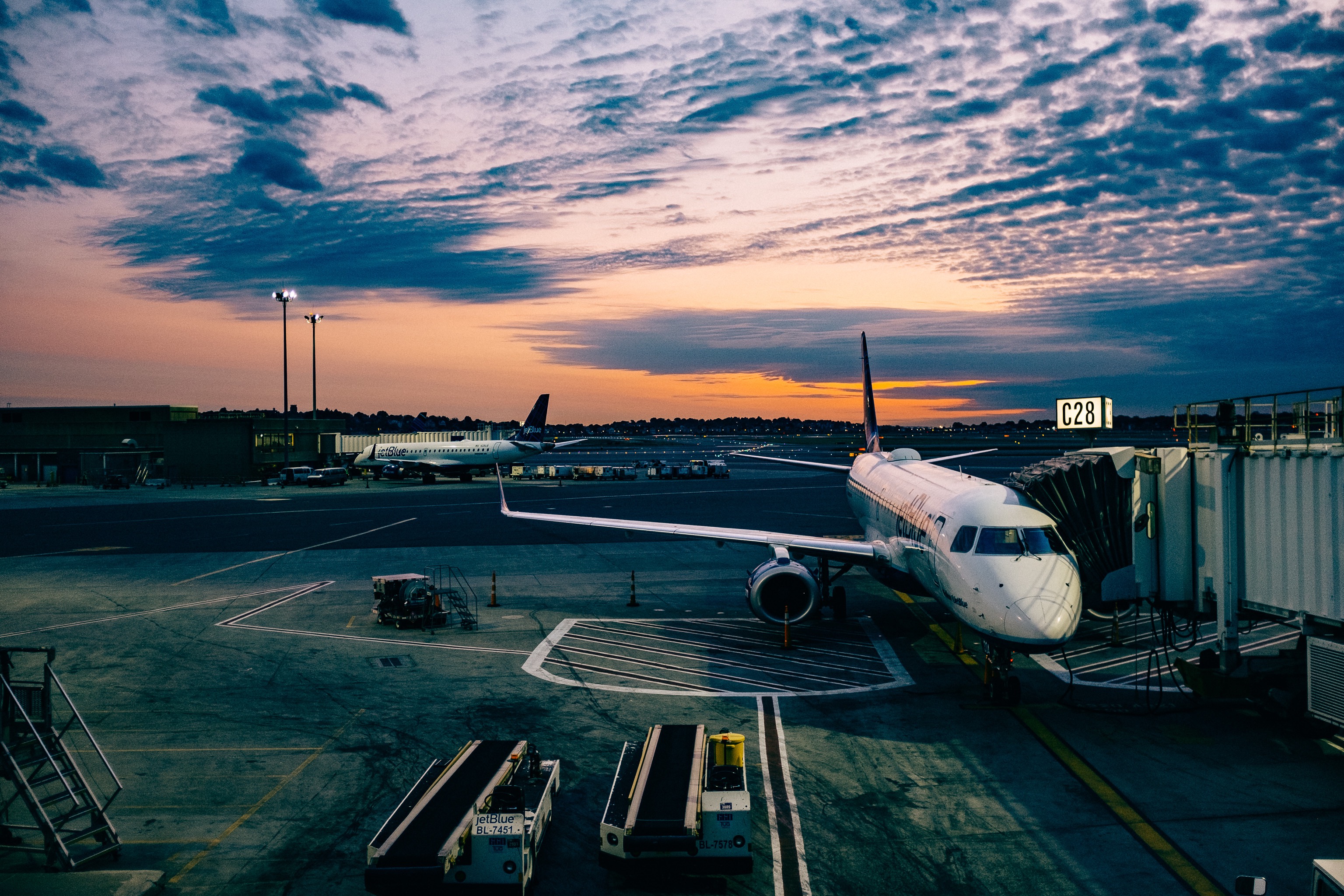 When it comes to travel, old habits can be expensive.

For instance, I used to be in the habit of taking a taxi to and from the airport. It costs about $60 each way. One afternoon, I found myself with an especially well-timed flight, not too early, not too late. I was packed, had nothing else scheduled and, with three hours to departure, I decided to take the subway-bus connection.

The subway was the subway, but I actually liked the airport express bus I transferred onto, with its complement of backpackers and overpackers. I spent my 25 bus minutes or so looking around, trying to figure out where everyone was going, imagining what kind of shifts the four or five flight attendants on board had in front of them.

It took an hour, cost $3, and soon became a new habit. With occasional lapses for scheduling errors (early afternoon flights are the worst – I always think I can get things done before them; I can’t), that’s how I get to and from the airport now. In the last year, I figure it’s saved me about $2,500 and cost me on average about 20 minutes in travel time per trip.

Travel is a bang-for-buck proposition. Most of us don’t do it that often, so when we do, we want our dollars to translate into as much fun, food and enlightenment as we can get.

With that in mind, click through for 10 tips to get the most bang from your travel buck.

Use a no-fees credit card

Every credit card charges you to charge things when you’re in another country. Things are expensive enough, the loonie doing what it’s been doing, without having to pay another 2.5 per cent on every transaction.

Among the credit cards that are specifically aimed at travellers – and give them points toward flights, hotels and various insurance benefits – the Chase Marriott Rewards Visa card is the only one I or greedyrates.ca was able to find that charges nothing.

Aeroplan is, alas, about the worst airline points system in the world, its fees and taxes often resembling full-fare tickets. The best seem to be the credit cards that don’t attach themselves to any particular airline and have no blackout dates. The one I’ve been using for the past five years for my domestic transactions is the BMO World Elite MasterCard, which gives $2 in flight savings for every $100 spent and has an easy interface to shop for and book tickets for flights anywhere in the world, including those super-cheap discount airlines that seem to exist everywhere in the world but here.

There are a lot of sites out there that purport to show you the best deals for flights, but none does it better nor finds the best flights more straightforwardly than Skyscanner.

Type in your points A and B, and you get a one-page listing of everything out there, sortable any way you like. That one page is a big deal: those other services tend to make you open window after window, making it easy to lose track of where you are, where you’ve been, what your name is and why you ever thought travelling anywhere was a good idea. You can also book directly from the site.

Stay away from restaurants with tourist menus

Especially if they’re made into big welcome signs out front. It costs money to translate things, English-speaking staff come at a premium in many parts of the world, and these costs, along with the standard tourist surcharge that lurks beneath the price lists of many, get passed on to you. The biggest problem with this, though, is that you’re paying more for less.

I was in Colombo, Sri Lanka, recently and, taking the advice of a concierge, went to a lovely spot for tea and a scone for what seemed like a perfectly reasonable $5. Looking around, I noticed people at tables from all over the world, as well as some Sri Lankans bussing tables. Later, I walked into a much more unlikely looking place, a little darker, the tables a little closer together, the clientele entirely Sinhalese and Tamil, as was the menu. Some gesturing got me a 25-cent pot of tea and a 40-cent kurakkan fish bun that was way better than that scone. The principle works the same everywhere I’ve been.

Uber isn’t everywhere, and Uber Pool isn’t even everywhere Uber is but, where it is, use it. Uber Pool – which has the driver pick up several passengers for several destinations – is like a little tour of your new city with some socializing added in, all while getting you where you’re going about 25 per cent more cheaply than regular Uber (which is often at least that much again cheaper than a taxi).

Stay in a hostel

You may think you know what hostels are like – and some of them still are just like that – but you also probably haven’t stayed in one in a while, and many of them no longer are.

They have private rooms and cool common areas where people of all ages hang out. I stayed at a hostel called the Kex Hotel in Reykjavik recently, and it was without a doubt the coolest place in town, with the bar hopping, half locals, half travellers, every night. It also cost about $60 a night, in a city where $250 is the norm for a bog standard room.

If you do stay in a hotel, haggle, especially with the big chains.

It’s best to do it later in the day because hotel rooms are what’s known in the travel industry as perishable. Get the front office or rooms manager on the phone. I’ve found the best strategy is to ask for a package deal, and then get them to strip out the costs of the extras – no breakfast, no spa.

When they give you their best rate, tell them you were hoping not to pay anything more than the next lowest round number, and you’ll find most people are willing to play ball.

You can take your haggling skills to taxi drivers – figure out about what it should cost and offer a flat rate that’s a little lower – and, in many parts of the world, to anyone who’s selling anything.

This is my favourite. The first couple of times I did it, it was a mistake, flying into a city with a convention or, in one case, a Eurocup football final and finding no rooms at any of the inns. So, I stayed up and walked around the city. We have a phobia, possibly vampire-induced, about being out when it’s dark. But cities are great at night; you see a whole other side of them when you’re wandering around from late-night bar to late-night cafe to corner store to city park to watch the sun rise.

But the best part is that you get a bonus city. Flying from Montreal to Sofia, Bulgaria? Book an evening arrival in Vienna and a morning departure. Ditto South America, where you can add an all-nighter in Miami, New York or Mexico City to your itinerary.

You’ll find the sense of discovery and adventure provides you with enough adrenalin to offset the worst of your fatigue, and just when you think you might just nod off, hop the bus to the airport or train station and – see above – have yourself a nice morning sleep.

This isn’t something I’d recommend for solo female travellers for the obvious reasons, and it’s best to choose the safer cities especially in the current global climate.

Book overnight transportation and sleep on it

This can be a challenge for some, though business executives have told me melatonin pills work wonders if you can’t or don’t want to get the stronger stuff. But if you can, you’ll save hundreds on accommodations.

Bonus tip: bring pyjamas, even on the plane. No matter how flat your seat gets, sleeping in your clothes, even if they’re sweats (heaven forbid), will feel like you passed out on your couch. Sleeping in PJs, then changing back into your un-slept-in clothes in the morning will add some freshness to your savings.

In addition to being an order of magnitude cheaper, transit shows you parts of town you might not see otherwise, and fellow passengers make the best concierges when it comes to local recommendations.

I also like the picture of a city you get by riding transit, including at home. When I get back from a trip and take the subway from the airport, I look down the car, see the panoply of faces and costumes and hear a range of languages I haven’t encountered anywhere else in the world, and I know I’m home.