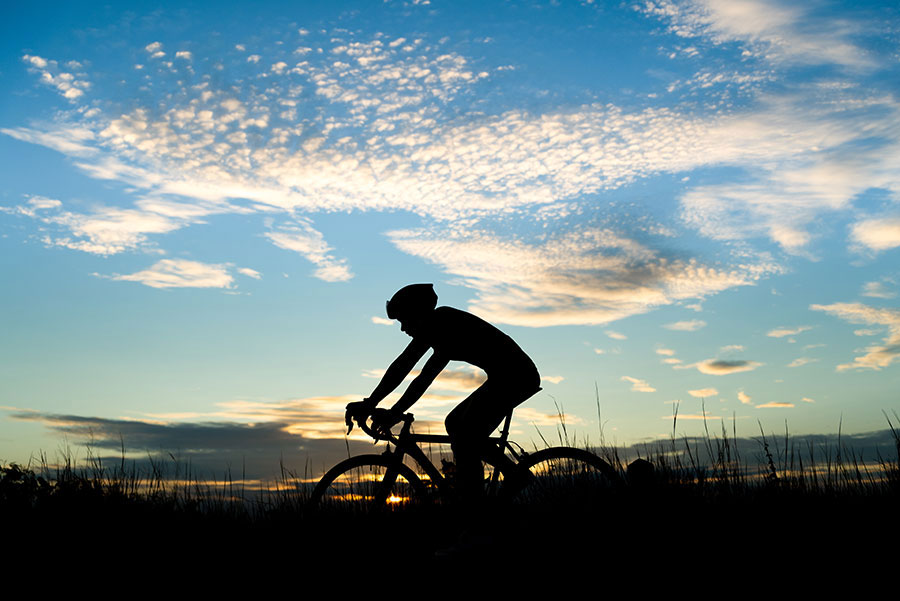 Travel Journalist Bert Archer scratches a tour of South West Africa and a whole lot more off his bucket list as he explores the landscape and culture on two wheels. Photo: Siam Pukkato / EyeEm

On a cycling trek through Southwest Africa, Bert Archer discovers it’s not just the place but the people and, surprisingly, the pop.

The thing to remember about Africa is, like everywhere else, it’s about the people. Botswana has some fine-looking elephants, and Zambia has a lot of entertaining hippos. But none of them, as I discovered on my month-long solo bicycle trip across the eastern and southern sections of the continent, is a patch on the people, both foreign and domestic.

By the time I joined them, the group had been cycling for three months. They’d started in Cairo in January, made it across the deserts of Sudan, the mountains of Ethiopia and only barely managed to extricate themselves from the muddy back roads of Tanzania. I’d flown into Mbeya, Tanzania. It was dark by the time Tallis, the tour leader, got me to camp, and the group I’d soon know as the hard-core riders were gathered around a fire, drinking beer, having just got in from one of their tougher days. It turns out I bought a little instant cred with my bike, a Cannondale Slate cyclocross I’d got for the trip. It was new, and most of the serious cyclists hadn’t seen one yet. They started asking for dibs on test runs. I felt like a kid on the first day of school with the latest phone.

The next day was a rest day, so everyone stayed up late. I fell into a few conversations with this remarkable collection of transcontinental cyclists, from 29 to 69, each one revealing a piece of advice on how to make it on the Tour d’Afrique: Don’t push too hard. Learn to fix flats fast. Eat more than you think you’re able at breakfast and lunch, and don’t forget the meat at supper. But there was one thing every one of these pep talks had in common: the supreme importance of the Coke stop.

When the ride began the day after, I still wasn’t sure I’d be able to make it. My longest ride to that point had been 128 kilometres, and that had just been once, a couple of months earlier. That first day was 164 kilometres. But I made it, third or fourth from last, tired but exultant.

The exultant part didn’t last. It wasn’t that I was running out of breath or my muscles were giving out. As the days went by, I just ran out of steam. So despite the fact that I don’t like sugar water and pride myself on never drinking it, I relented on day four and made a Coke stop.

The result was instant.

I experimented over the next four weeks with Sprite and Orange Crush and various local concoctions, including something called American Soda, but nothing else gave that steroidal bump I got from Coke.

And it wasn’t long before I realized there was another reason for the Coke breaks. You get into a zone when you’re cycling 140, 180, 200 kilometres a day, and every once in a while, you lift your head up and realize you have no idea what’s been going on the past hour or two. Coke stops snap you out of it and force interactions with the people you buy it from or the ones you ask directions to the nearest Coke-selling stall or the ones you chat with as you drink and they buy their single-serve detergents. One of these village meet-and-greets will have to serve as a stand-in for a month’s worth.

I was going especially slowly on this day through Zambia, and I stopped into a likely looking village kiosk for a Coke. There was some sort of love machine on the porch in front, one of those things you put your finger in, and it tells you how good a lover you are for a kwacha.

Beside it, a 40-something man was sitting with a big grin on his face. He leapt up as soon as he saw I was coming to his shop and, speaking in perfectly serviceable English, introduced himself as the village headman (I never got a name) and ushered me into his store, where his wife sold me a Coke.

He asked where I was from, what I was doing there. I asked him about the village, how many people lived there (about 150) and what they did (mostly farming) and how he liked it (he loved it). Then he asked if I’d ever tried kachasu, the local moonshine mostly made from sorghum and corn. I had not. He asked his wife to haul some up from under the counter. She did so reluctantly and, from the look she gave him, it was clear her husband was not always this ebullient. He’d been on the stuff for a while already. She made it herself, she told me in much better English, and tried to sell it whenever her husband wasn’t drinking it. She offered me a capful from the bleach jug she kept it in. The headman snatched it away to drink himself, then offered me the second one. She sighed. It was good. Sweet but not treacly, and boozy but not fiery. I could see spending an afternoon with the stuff.

But perhaps recognizing the glint in her husband’s eye, she put it back under the counter. No charge. Smile for me; glare for him.

Back out on the veranda, he introduced me to his three sons and insisted on photos and selfies to commemorate the occasion. This was not a well-travelled road and, from the enthusiasm of even his dourest teenagers, I gathered foreigners were not a regular occurrence. One of them, probably 18 or 19, walked me over to a nearby tree’s shade and told me how much he liked living in the village and how he’d never move to a bigger town. I asked if the headmanship was hereditary. It seems it is not, but he’d be happy farming. We looked across the road and over the field to the small mountains behind.

“There’s no place more beautiful than this,” he said. I pictured the Alps outside Gstaad, the glorious mists enveloping Slovenia’s Bled castle and a sunrise pole-boat ride I took once among the waterfront temples of West Lake in the countryside south of Shanghai. I’d met people in every place, and we always spoke of travel, where they’d been or where they hoped to go. Always someplace else. But this place, this village without a sign, was beautiful enough to keep this boy right where he was, looking at it, working it, loving it. I nodded my head. By that measure, maybe the only one that counts, he was right. tdaglobalcycling.com