5 Things America Could Do to REALLY Say #ThankYouCanada 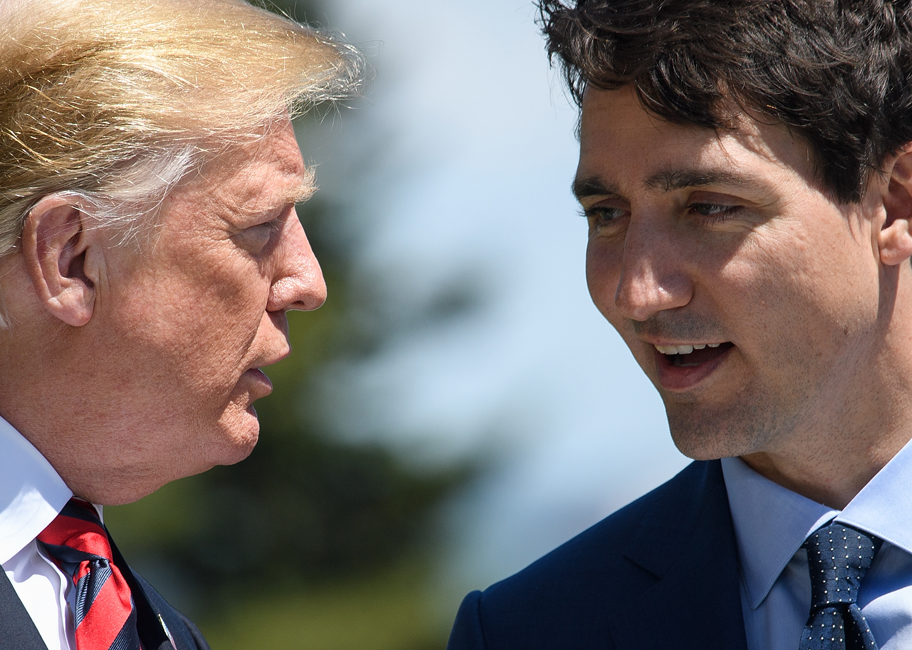 Our current PM Justin Trudeau is learning that the hard way following President Trump’s post-G7 Twitter attack, in which he hurled insults like “meek and mild” and “very dishonest & weak” at our Canadian leader. Sure, it was the sort of name-calling that doesn’t even earn you respect on the playground, let alone the world stage, but nonetheless Americans took to social media in recent days to rebuke their president and show their appreciation for Canada using various hashtags, including #ThankCanada, #ThanksCanada and #ThankYouCanada. They expressed gratitude for everything from our beer and maple syrup to our military assistance and how the residents of Gander, Newfoundland took in stranded U.S. airline passengers on the day of the Sept. 11 terrorist attacks. This, of course, is all well and lovely. But we need more.

America, you’re our closest neighbour and you elected Donald Trump as president (well, technically, three million more of you voted for Hillary Clinton, but that’s another story). I know it hasn’t been easy on you having a lying, whining, Twitter-obsessed President, but it’s been no bed of roses for us either. And now he’s attacking our Prime Minister and twisting the truth (shocking, I know) to initiate a trade war with Canada.

So if you really want to say #ThankYouCanada, we’re going to need gestures that prove a little more concrete than kind words on social media. America, we’ve included a list of our demands below.

1. Learn to spell, read the temperature and measure distance our way

It’s bad enough your President hasn’t figured out how to properly spell “special counsel” in his idiotic tweets, but American spelling plays a big part in our daily Canadian lives. Virtually everything from computer programs to cell phones that we buy in Canada come with American spelling as a default, which means that we get our spelling autocorrected when we add a “u” to words like “honour,” “labour” and “colour.” It’d be really great if you could start adding the “u” too, so we don’t have to fuss with default settings on our technology.

Also, stop measuring temperature in Fahrenheit. Every other developed nation in the world uses Celsius and it’s about time you did too. Seriously, do you have any idea how hard it is to pack clothes for a trip to the U.S.?

“Oh, the New York weather authority says it’s going to be 36 degrees in Manhattan? That’s odd for February, but I guess I’ll pack my shorts and sandals.”

And while we’re converting measurement systems, it’d be really great if you could start using the metric system instead of the imperial system. I mean, seriously, you broke off from the British in every other way, but this you keep?

We don’t all say, “Eh” at the end of every sentence, or aboot instead of “about,” most of us don’t live in igloos and there aren’t Mounties on every street corner. We know we’ve only lived above you for a few hundred years, which is hardly enough time to get to know someone, but for the love of diplomacy drop the stereotypes in your pop culture depictions of Canada and learn a little something about who we really are.

In fact, you may be surprised to find out that we’re a lot like you. You know, except with free healthcare and a sane person running the country.

3. Relax with the whole “Miracle on Ice” thing

We get it, America — you don’t settle for second place in sports. Baseball, basketball, football, golf, tennis — the U.S. fields athletes that dominate in all of them. But hockey? That’s one of the two mainstream sports we dominate, along with curling. It’s bad enough that NHL commissioner Gary Bettman would rather stick expansion teams in the middle of the American desert than in the Great White North, but if we have to see one more movie, or documentary, or made-for-TV drama about this supposed “Miracle on Ice” — one game against the Soviet Union that you won in one Olympic tournament 30 years ago — we might scream.

4. Speaking of beer, up your brew game

America does a lot of things really well — moon landings, apple pie, carving the faces of dead presidents onto the sides of mountains. It’s a truly wonderful nation. That’s why Canadians love to visit — whether snowbirding, on business or for some quick cross-border outlet shopping. While we’re there, though, we’d like to be able to stop at a restaurant or bar and have the ability to order a quality beer. Now I know most American establishments already serve beer, but notice that I said quality beer. American brews — from “silver bullets” to the supposed “King of Beers” — make for cool commercials. Actually drinking it, however, is a different story.

Think of it this way — we wouldn’t expect a family from Louisiana to visit Canada and force down some second-rate gumbo. So, we’d like you to make it law that all eateries in major American cities and tourist towns are stocked with a selection of Canuck suds. Yes, I know that you have a lot of other legislation to get to — from rolling back healthcare to raising taxes on the poor — but we’d love it if you could just pass this into law as soon as possible.

Yes, our money is colourful. So is the currency of countless other nations. And ours has the Queen of England on it, because she’s still technically our head of state. In fact, we enjoy all the royals, from their funny little hats to their posh accents. So please, the next time you visit Canada spare us the jokes about how our currency looks like Monopoly money. It’s vibrant and that’s how we like it.

True, it’s worth about half as much as yours. But the colour? Leave that out of it.