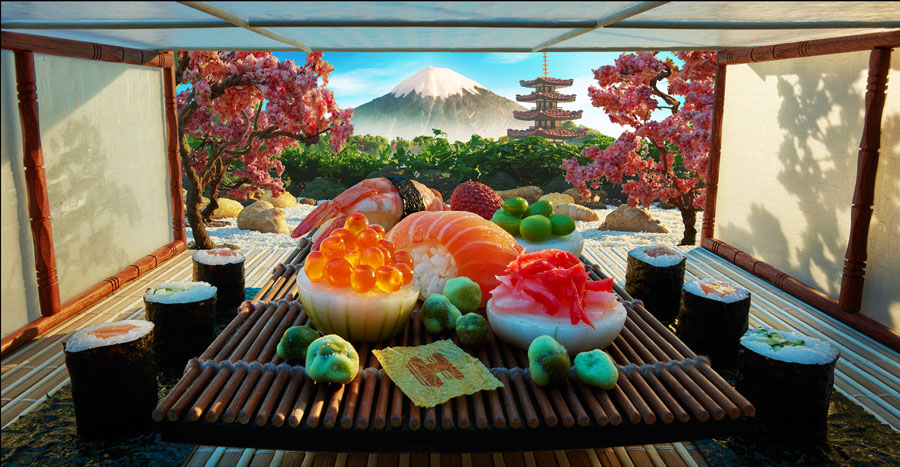 We love to eat. And we love to travel to try new foods and indulge in some of our favourites in their home countries, especially as a way to experience a new culture or to rediscover a classic favourite. Food, according to the Hotels.com® Tasty Travels* report, is the new tourist attraction.

In fact, of those aged 50-59 in Canada, 73 per cent said food experiences take up the most of their vacation itinerary; 65 per cent said their food experience was what stood out the most from their vacation and, when looking for inspiration for a choice of destination to visit, food came second (51 per cent) only to beautiful beaches (61 per cent). Globally, Paris, Tokyo and Rome were voted the best foodie cities, but for Canadians, we’re also interested experiencing the foodie scene in cities such as New York and even Venice, above. The Tasty Travels research also revealed that these experiences are so high on our travel lists that six in ten Canadian travellers said foodie experiences stand out the most in their holiday memories, beating out sight-seeing (55 per cent) and spending time with their travel buddy (33 per cent).

“#TastyTravels stems from food being one of the most connective and rewarding currencies there is,” Scott Ludwig from Hotels.com says. “Experiences are the new wealth and food provides one of life’s most pleasurable experiences, where there’s always something new to try when you travel.”

Quick resource: Download the Hotels.com mobile app to choose the right place to stay for your budget – the app rates hotels by guest appreciation, reviews and stars – and your tastebuds in these foodie hotspots, according to you, and start eating.

Tip: With Hotels.com Rewards you can collect 10 hotel nights and get one free – you’ll most likely spend it sampling some of the world’s greatest street food.

Paying tribute to Paris, Tokyo and Rome on the list of hottest spots on earth for foodies around the world, Hotels.com has collaborated with food artist Carl Warner to bring foodies’ favourite hangouts to life. Each city scene, captured in HD photography, is deliciously constructed with famous foods from each location. See three yummy examples, below.

Parisian markets and the Eiffel Tower are built with decadent chocolate and blue cheese, above.

The Pantheon, in the background above, and a cobbled back street in Rome are brought to life with pasta, parma ham and Parmesan cheese.