Boomer Travel: A Second Shot At Adolescence — Without All the Stress 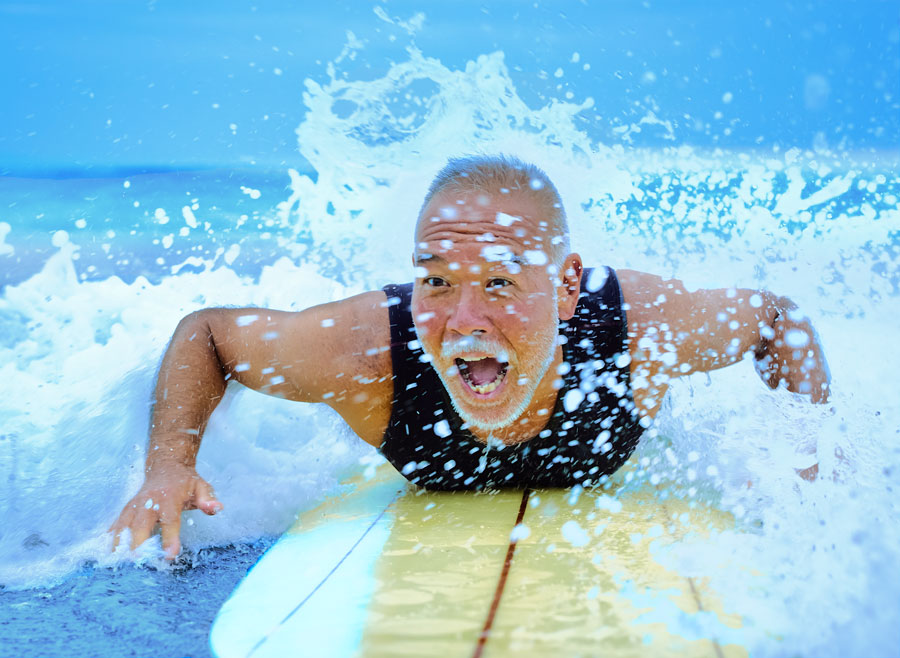 Let’s start with an anecdote about travelling-while-a-boomer. The location: Beijing. When: Two years ago, when I accompanied the production of The Amazing Race Canada as tag-along media.

On a break between races, a fellow writer, a photographer, a CTV exec and I —  three mid-to-late-50s and a fortysomething — decided to visit the Forbidden City. The young woman at the ticket booth gave us a look, handed us our change and said, “Here you go. Three adult, one senior.”

We could have asked her which of us was the “senior,” but it was more fun to decide among ourselves who’d get the seniors ticket (we settled on the colleague with the most grey hair, so not me). Plus, we all understood that, in due time, there’d be no more confusion about our relative ages.

As for the young woman at the booth, her carnival age-guessing skills will be honed with continued visits by westerners of a certain age. Canadians aged 55-plus alone are spending an estimated $35 billion annually on “pleasure travel” (according to the Canadian Tourism Research Institute), amounting to some 400,000 trips a year.

Inherent in the adult-ticket-versus-senior designation is the implication that seniors are no longer adults, as if we go back in time to become adolescents again (and, further on down the road I suppose, children, like a generation of Benjamin Buttons).

I actually like this metaphor. I traveled when I was young and, in the 18 months since trading a desk job for a freelance writer’s life, my wife and I have traveled abroad three times, to Vienna, Japan and, most recently, for our 30th anniversary, in Amsterdam (I can’t even look at cheese for awhile). I really do feel like it’s a second shot at adolescence, without all the stress of fitting in or feeling like a social freak.

In a full circle from young-travel to older-travel, our guide on the Vienna trip was Az, a good friend of more than 30 years, who we’d first met on a trip to London in our 20s before we were married. We’d visited each other over the years on either side of the pond, as he evolved from a hard-partying London bachelor to Vienna family man.

This could be simply subjective observation. On the other hand, stats by the marketing firm MMGY Globa — while touting the rapid growth in global travel by millennials — suggest that those 55-plus still travel several times as much.

There are different social attitudes to traveling early in life and traveling late. Young people are seen as “getting it out of their system,” or “taking a victory lap,” a respite from the serious business of building a career, either by landing that degree or that entry-level job that’ll lead to bigger things. (Of course, you could do what I did, and embrace a career that involves a lot of travel. Covering movies over the years fed my travel-bug by taking me to Paris, Rome, Bangkok, London, Edinburgh, Belfast and, most often, to New York and Los Angeles).

My wife and I aren’t rich. But I don’t see the sense in sacrificing in my 60s to set up myself up comfortably for my 80s and 90s, assuming I live that long. Our sons are grown and my freelance work schedule is malleable enough to allow us relative freedom. I see this as primetime for my bucket list.

It wasn’t always so with the older generation before us. My parents never traveled except to visit us and their grandkids. My siblings and I had to practically badger them to accept a trip to Florida we bought them for their 50th anniversary. My dad couldn’t reconcile spending so much money that could be better spent on more sensible things. (Needless to say, they had a great time once they gave in.)

By comparison, the international boomers we meet now seem driven to keep moving. Some, like my brother and his wife, join time-share clubs. I was on my first cruise this year (around Japan) and met seniors who almost literally live at sea.

In Amsterdam, we spent time over drinks with Rob and Donna, a retired couple from Perth, Australia, who still had one grown daughter living at home (some things are universal). They’d joined a group of home-sharing travelers that had seen them enjoy a stay in Helsinki while a couple of similarly-aged Finns got to experience western Australia.

It’s not as if our travel priorities haven’t changed, though. For my wife, it’s gone from, “How cheaply can we do this?” to “How comfortable are the beds?” (Memory Foam is a deal breaker).

And if you’re in any world capital and want to play spot-the-boomer, look for the people with their smartphones out — not to send selfies or check texts, but pointed straight ahead like a compass, the better to follow those Google Maps arrows to the next attraction. We are legion.