Meet Me in Havana: A Culinary Quest Through Cuba 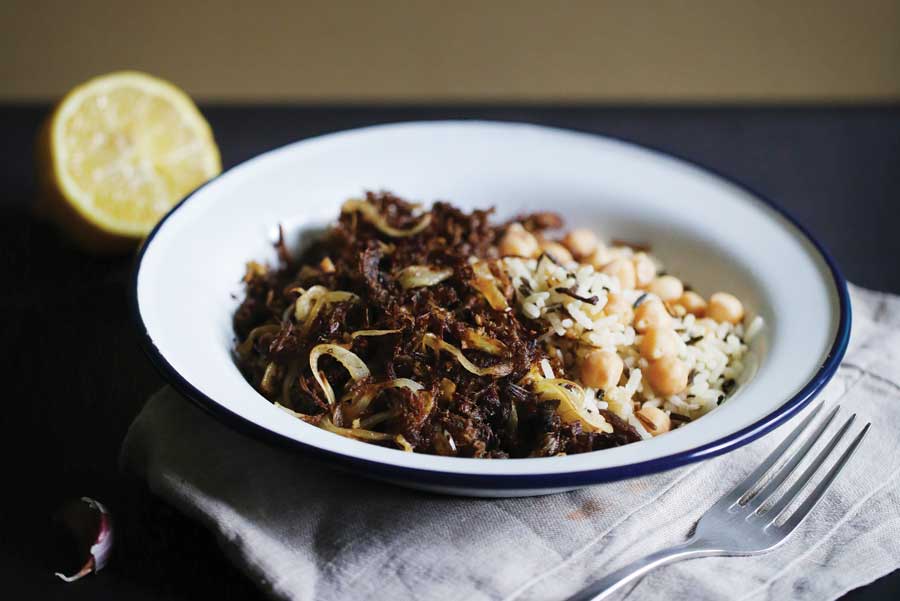 Can a single dish inspire wanderlust? This culinary journey through Cuba shows its cuisine has come of age.

The wispy, crispy tendrils of shredded meat were flash-fried, adorned with grilled onions and tasted of lime and garlic. It was beefy, salty and slightly sour and, after the initial crunch, the meat was pleasantly soft and elastic. The platter of vaca frita (fried cow), serendipitously ordered at a Cuban restaurant in Ecuador back in 1996, disappeared within seconds.

This is when I fell in love with Cuban food, and my obsession with vaca frita endures. I cannot pass a Cuban restaurant without checking to see if it is on the menu. More often than not, they have a similar dish called ropas viejas (old clothes), which is also braised and simmered and shredded but finished in a tomato-based sauce. Vaca frita is a difficult dish to make in any quantity, as the beef cannot be crowded in the frying pan, and it must be fried just before serving.

When I told people I was going on a food tour of Havana, they scoffed. Two friends claimed they would never visit Cuba again, the food was that terrible. Suffice to say they hadn’t been in more than 10 years.

This pains Laura Cruz, a 31-year-old Havana foodie and entrepreneur who is about to launch the website immersecuba.com that connects tourists with private rental accommodations called casa particulares.

“I get a lot of feedback from Americans,” says Cruz, a former IT worker for the government of Cuba who, as an Instafoodie, posts under her lululikecoco handle. “I’ve heard Cuban food is bland, and that hurts my feelings because it’s not true.”

Just like visitors to Canada suffer through mediocre meals near tourist traps, you are going to run into some subpar food and drink in Cuba. The mojito at Havana’s La Bodeguita del Medio, one of two famous watering holes frequented by Ernest Hemingway, was a disappointment. Better to spend your money at El Del Frente on O’Reilly Street, which has a spectacular rooftop patio and stellar cocktails that look like they were made by a food stylist, including fishbowl gin and tonics that tasted of vanilla, mojitos made of local mango and beer wrapped in a sleeve of newspaper to soak up the condensation. I had a few little plates to share with my travelling companions, with the ceviche winning my vote for best dish.

You can’t write about food in Cuba without a brief history lesson. After the Soviet Union collapsed in 1991, Cuba was plunged into an extreme economic crisis as its main source of trade dried up. Food and fuel shortages meant Cubans went hungry, and the country entered what former president Fidel Castro called the Special Period. As the tourism industry grew and the decades passed, the country’s fortunes improved.

The island became more self-sufficient, producing some of what it needed and finding new trading partners for what it couldn’t – Canada, no surprise, is a source of flour and beef. Chefs turned to indigenous foods like taro root, squash and cassava out of necessity, then found themselves on the inside track of the local food movement. Now, thanks to internet access, although limited and expensive, chefs are searching out new recipes and experimenting with novel cooking techniques.

“Two years ago, Cuban cuisine is not what you’re seeing now,” says Cruz, ordering taro root fritters called frituras de malanga, an octopus carpaccio, and red snapper ceviche at the Havana paladar called Habana 61 after its street address. “Now the chef is the owner of the restaurant and wants to show his creativity.” Because she loves to eat and because she loves to proselytize about Cuban food, Cruz will add food reviews and pictures to her website after launch.

“In Cuban cuisine, the most important thing is the flavour,” she says, conceding that, for the most part, presentation on the plate lags behind. “Cuban people are not so fond of beautiful dishes. It’s not pretentious food, just good food.”

Chef Pedro Pablo joins us at our Habana 61 table. A self-taught cook, he learned most of what he knows in five years at the Meliá Cohiba hotel in Havana and another 13 in another well-known Havana paladar called La Guarida. He also spends hours doing internet research, watching videos of chefs and searching out recipes on Google. This is the new face of the paladar, once the domain of home cooks who opened their kitchens and living rooms to visitors.

“My work is always to get the Cuban cuisine to new dimensions and encourage local producers to get better seasonal products so we may have all the things that nature offers,” he says. Sadly, that does not include vaca frita.

One of my all-time favourite meals was lunch at Finca La Coincidencia, east of Havana in Matanzas where I sat down to a lunch of fried pork rinds called chicharrón, okra, a creamy white moringa soup, the most delicious white rice I have ever had, tasty black beans, sliced beets and a bowl of mashed sweet potato. Owner and ceramic artist Héctor Correa, 63, has been farming his plot of land since he was 30, developing it bit by bit, planting only what he wants to eat.

Gesturing to the laden table, he tells us 80 per cent of lunch was grown on the property. He even cultivates the rice, a local variety called la perla (pearl rice), because he can’t stand to eat the dried-out offerings sold in the shops. It was made all the more delicious by the addition of pork fat, which made it glisten. Correa sells produce to a local co-operative but says chefs at the hotels in nearby Varadero are asking him to grow things like parsley, basil and arugula.

Off the beaten track, you’ll also encounter regional specialties like my new favourite, rollitos de tasajo, a mixture of shredded beef jerky sautéed in a little fat with carrot and onion and tucked into the middle of a cocoon of mashed cassava, which is then dipped in egg, breaded and fried. I had it for lunch last December at Hotel E Camino de Hierro in Camaguey, the country’s third largest city, and I’ve since sourced a recipe online in Spanish and plan to attempt it soon.

But back to vaca frita, if I may. I was sorely disappointed by a version served at a paladar in the eastern town of Bayamo last year. The anemic round steak was tender, it was buttery, but it wasn’t shredded and it wasn’t crispy. It wasn’t vaca frita.

So I was beside myself when, back in Havana, I climbed many, many stairs to the rooftop of La Moneda Cubana paladar on Empradado Street to find vaca frita on the menu. I asked the chef to make it extra crispy. The plate arrived scattered with bits of deep-fried herbs. The beef was shredded into filaments. The outer crust was deep brown. The onions and some sautéed red peppers were mixed in. The dish was excellent. In that moment I realized, after two decades of perfecting my vaca frita recipe, I prefer my own. And that’s a good thing because I can’t fly to Cuba every time I want to have a fried cow.

A version of this story appeared in the October 2018 issue of Zoomer magazine.