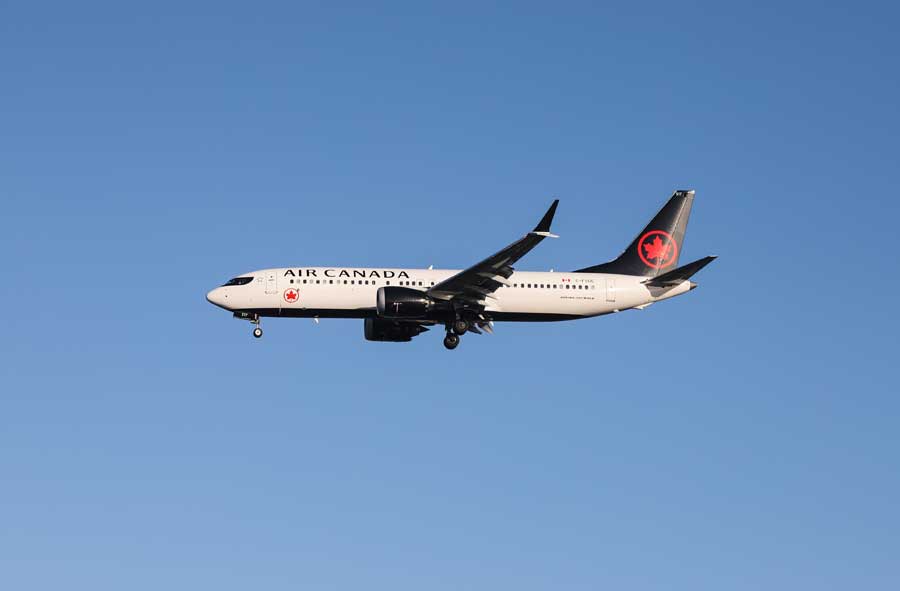 The decision, he explained during a press conference on Wednesday, was made after reviewing new satellite tracking data that indicated similarities between the most recent crash of the Max 8 in Ethiopia and the Lion Air crash of the same plane in October of 2018. Though, Garneau said that there was not yet conclusive proof that the two crashes were caused by the same issue.

Canadian leisure carrier Sunwing announced late yesterday that it had grounded its four Boeing 737 Max 8 aircraft. According to the company, the move was made for “evolving commercial reasons,” which in this case could very well have been that some of the countries to which Sunwing flies had banned the craft from their airspace. The outright airspace ban, which has been implemented by the U.K. and EU and sun destinations such as Mexico and the Cayman Islands as well, is an interesting move. Effectively, it takes the decision out of the airlines’ hands, giving airlines such as Sunwing not much choice.

Later on Wednesday, the U.S. announced their ban of the airplane and took it a step further, issuing an emergency order to ground the Max 8, Max 9 and planes associated with that line.

President Trump, who announced the ban, said that both the FAA and Boeing were “in agreement with the action” and explained that any of the banned models that were currently in the air would be grounded after landing at their destination.

“Pilots have been notified, airlines have been all notified. Airlines are agreeing with this. The safety of the American people and all people is our paramount concern,” Trump said.

Ahead of Garneau’s announcement, Air Canada flight attendants voiced their concern about the safety of the aircraft, via its union, who stated that their members did not want to be forced to fly in the Max 8 airplanes.

Before the announcement, Air Canada had already cancelled several flights to London, England after the UK closed its airspace to the Boeing 737 Max 8 in wake of the deadly crash of Ethiopian Airlines flight 302.

The investigation of the Ethiopian Airlines flight 302 crash , in which 157 passengers and crew were killed when it crashed after take-off from Addis Ababa en route to Nairobi, is still unfolding.

Investigators recovered both black boxes from the doomed aircraft, in the hopes of finding out what exactly happened. This is the second time in less than 6 months that this type of Boeing plane — one of its most popular and brand new models — has been involved in a fatal crash. In October 2018, a Lion Air flight crashed into the Java Sea just minutes after taking off from an Indonesian airport killing everyone on board; Ethiopian’s flight practically mirrors the event, with the captain requesting to return to Addis Ababa shortly after its ascent into the Ethiopian sky. In both catastrophic events, everyone  on board was killed.

An American representative of a pilot’s association in that country said that there were safety tweaks and retraining that was necessary for pilots when the new aircraft was introduced to big carriers such as American Airlines and, yet, Boeing did not include key safety operating instructions for the new craft upon delivery.

Ethiopian 302 was carrying 18 Canadians among its passengers; others, from more than two-dozen countries around the world, were traveling to Nairobi, Kenya, many to attend a United Nations conference in the city.

Food for thought is the fact that the Federal Aviation Administration in the United States issued an emergency order back in early November — shortly after the Lion Air crash — to address what was determined to be a “risk that faulty angle-of-attach inputs could cause Boeing 737 Max horizontal stabilizers to put the aircraft into a difficult-to-control dive.”

Sound eerily familiar? Both crashes of the Max 8 have been described as nosedives. Even more troubling, according to flight recorder data, the Lion Air aircraft had operated at least four times displaying faulty airspeed indicators prior to the fatal accident. Since the crash and the order, airlines operating the Max 8 say that flight crews have been trained and operations have been adjusted to address any such concerns. As of this posting, China has suspended all Max 8 flights, as has Ethiopian Airlines, Cayman Airlines and Indonesian Airlines. Singapore and Australia have since announced they are banning the plane from their airspace, as has the U.K.

In a statement released Tuesday, the UK Civil Aviation Authority announced that the Max 8 would be banned as a precaution.

“The UK Civil Aviation Authority has been closely monitoring the situation, however, as we do not currently have sufficient information from the flight data recorder we have, as a precautionary measure, issued instructions to stop any commercial passenger flights from any operator arriving, departing or overflying UK airspace,” a spokesperson said in the statement. “The UK Civil Aviation Authority’s safety directive will be in place until further notice.”

Norwegian Airlines has also released a statement that it plans to suspend operations of Boeing 737 MAX. And joining the growing list, Austria, Poland and Italy have also suspended the aircraft in the aftermath of the Ethiopian Airlines crash.

Both Air Canada and WestJet have been flying the planes without incident since the first deliveries were received last year. “These aircraft have performed excellently from a safety, reliability and customer satisfaction perspective,” said an Air Canada spokesperson. WestJet confirmed that it had 13 Max 8 aircraft in operation.

Until the announcement on Wednesday, Canada’s Transport minister Marc Garneau had not speculate about the cause. “As soon as we know, I will not hesitate to take any necessary action,” he said when pressed by reporters Monday, with regards to being proactive and grounding the planes. “We are in communications with the FAA and with Boeing. They are very much focused on exactly what happened in this particular case. It was a sunny day, an experienced pilot and a plane that was brand new. The Max 8 has a performance that is based on millions of hours of flying. Yes, there was the Lion Air incident and action has been taken after that,” he continued, referring to the Boeing retraining and updating of operating manuals after that crash.

“I would without hesitation board an aircraft of that type at this time. It can be any one of dozens of possibilities. Flying is extremely safe in this country. Statistics clearly prove that.”

The most recent data on the crash, however, appears to have been enough to convince Garneau that something is indeed wrong with the aircraft.