The World Is Your Oyster: 4 Destinations for Your Bucket List 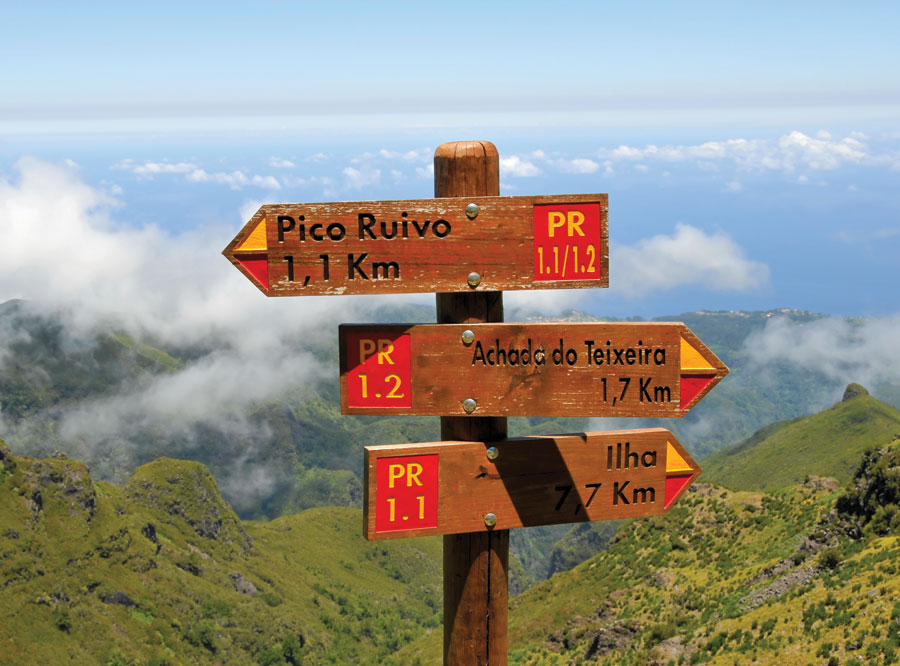 Travel may be on hold for now, but there’s nothing stopping us from adding to our bucket list. Here, adventures, discoveries and getaway ideas for the future.

The multi-Oscar-winning film Roma turned a spotlight onto Mexico City with its complex social and class interactions, as well as its stunning vistas.

On a visit there, I find Spanish and English are both widely spoken in la Ciudad de Mexico, but many indigenous people – Maya, Mixtec and Zapotec among others – also speak two or three native languages. The city is a tapestry of tongues, of faces and of traditions. Of conquistadors and the Catholic faith. Of artists and revolutionaries. Within the city limits, remnants of ancient architecture can still be found, particularly at the Templo Mayor, but for a true glimpse of a pre-Hispanic civilization’s genius, take the 30-mile journey to Teotihuacan (“the place where the gods were created”) – consider it North America’s Mount Olympus. The Aztecs stumbled upon the ancient Mesoamerican city – built by whom exactly, however, is still a mystery – in the 1400s and unearthed pyramids, tunnels and colourfully painted temples, then added to it and called it their own.

It’s early morning when I arrive, soaking in the quiet before the throng of tourists show up, and I’m gobsmacked by it: the Avenue of the Dead – as wide as the Haussmann boulevards of Paris and 2.4 kilometres long – leads to the Pyramid of the Moon. About halfway along its length is the Pyramid of the Sun, standing 66 metres tall, basking in the morning light, daring me to climb to its peak.

As I take the first step, I look up and realize from the base that I can’t see the top. I can’t even see the steps of the second level. No matter. I climb the 248 steps the way they were built: in four levels – one can stop at each, take a breath, survey the view and then journey upward, thanking the modern gods for the support of the handrail, a much more recent invention. At the top, I feel like the master of this domain, a power that comes with the small achievement of climbing one of the largest pyramids in the world. Sprawled in front of me, the Avenue of the Dead is dotted with temples large and small, offerings to the gods, some predating the Pyramid of the Sun, which, according to archeologists, was completed around AD 200. The mystery continues and endures. Once at the top, I do feel akin to the sun, as if it’s close enough to touch. The air up here is slightly clearer, a faint breeze pushes my hair across my eyes as if to say, don’t look for too long. The beauty of the sight is almost heartbreakingly blinding, ancient and mind-boggling.

Hiking is the new yoga, as weight-bearing exercise has been shown scientifically as a key booster to longevity. Outside Funchal, the capital city – and birthplace of Cristiano Ronaldo – of this Portuguese island off the coast of Morocco, hiking is the key sport and health driver. The mountains have given way to so many streams, they’ve been turned into aqueducts, or levadas, to bring water from the west to the east of the island. The Moors brought the technology to Portugal, and the brilliance of it stuck. The design allows for fresh water to flow to the farms and cities, while the swaths the levadas have cut through the hills act as natural hiking trails that are well-marked, from easy to difficult.

Hikers come from all over, to discover hidden waterfalls and grottoes and breathe in the mountain air, all with a calming soundtrack of waterflow and birdsong. On the way to a secluded waterfall, I pass at least a dozen boomers and older, armed with walking poles and a rosy-cheeked glow – the kind that an invigorating day on trails (and maybe the thought of a glass of Madeira wine later) can give.   Book it: hittheroadmadeira.com   Get there: Fly azoresairlines.pt/en from Toronto, via Sao Miguel, Azores.

This is a getaway that’s secret yet familiar, the best kind. Among the rice paddies and the river views, the Four Seasons Bali at Sayan is a retreat that immerses you in the local Balinese culture, from programs where you can work with rice farmers, take tours with the resort’s gardeners, even learn more about the Balinese Hindu philosophy. You can try AntiGravity Yoga at the open-air yoga pavilion set in the rice fields by the river – I did, and it was surprisingly more relaxing than I thought, a great way to stretch the body and the mind. Suspended, the lightness of being, yet the subtle resistance of working my muscles took me a little by surprise. I stifled a giggle and then refocused on my breathing, while being gently rocked and then fluidly twisted into another suspended position by our yoga instructor. Flying? Not quite, but it did ease the impact even some yoga poses can have on the body – and being first thing in the morning, it woke up my body and helped to jump-start my appetite for the day, a side effect of jet lag that usually has me craving food at all the wrong times.

And why not eat? Indonesian-style cuisine says yes! And dining is in the trees, on terraces that are close enough for you to reach out and touch the palm fronds that shade the space. Of course, it wouldn’t be a Four Seasons without that good old Canadian hospitality and friendliness that’s bred in the hotel chain’s bones, and we’re glad that it is. Everyone smiles here. And so did we. Heaven.

4. Speakeasy-ing and then some / Canada

When you check in to your hotel, if you see a gold double key brooch pinned to the lapel of the concierge, I suggest you make them your best friend. Sort of like having a Michelin star, the prestigious Les Clefs d’Or Canada is awarded only to the best, who often have access to insider info, tickets to shows, hot restaurant reservations and more. So, we turned to André Cloutier, a double-key carrier and concierge at Le Germain Montreal, an outpost of the Quebec-based Germain family’s hotel business.

When we mentioned we were having dinner in Old Montreal, Cloutier was on it. Try the speakeasy-style Coldroom, he said. “It’s the black door at the corner of St-Amable and St-Vincent (420 St-Vincent). And say hello to the bartender, Pierre-Hugues Marois.” After knocking on the door, we tell them André sent us and are led into a softly lit room with a long bar and banquettes lining the wall. The speakers are reverberating ’80s tunes and, yes, everyone of every age knows every word to every song and, then, wait for it – Bon Jovi’s anthem “Livin’ on a Prayer” really takes the room. Seriously great cocktails and great fun. thecoldroommtl.com

For more inspiration, sign up for our new Zooming: The Travel Club newsletter, your portal to specially selected itineraries and insider information, along with views from us, the editors who travel the world looking for the trips that say to you, just go.

Going Solo? How to Pay Less and Enjoy More