Beyond Skis and Slopes: On the Food & Drink Trail in Aspen, Colorado 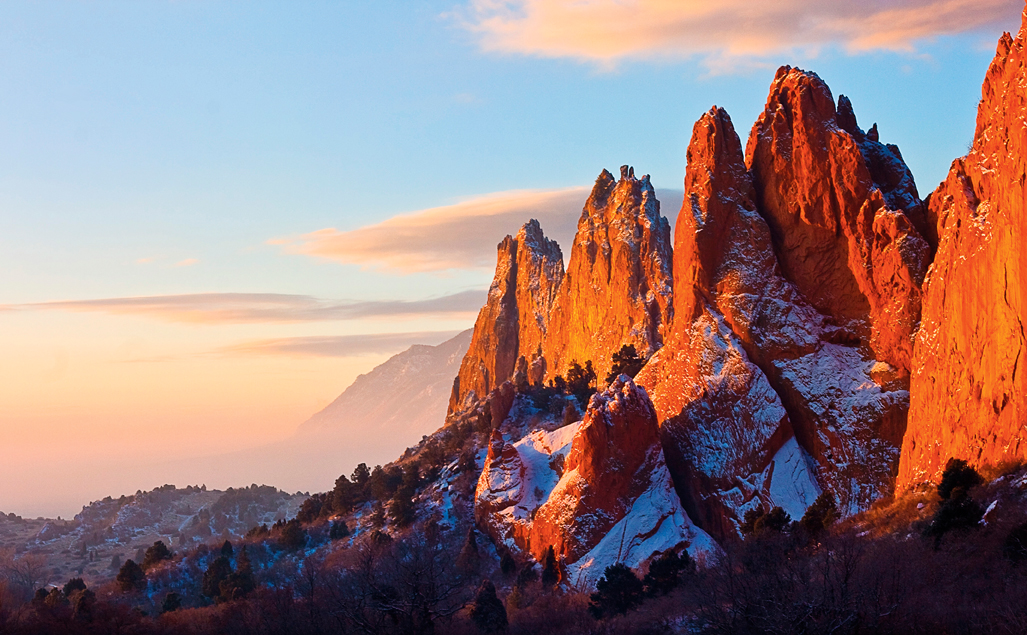 Winter isn’t the only “peak” season in Colorado. Here, we recharge with a culinary adventure tour of the great outdoors.

Suppose the ideal way to arrive at the Woody Creek Tavern just outside of Aspen is to come fishtailing in on the back of a Kawasaki 750 or popping a wheelie atop a Harley Davidson FX Super Glide. This was Hunter S. Thompson’s favourite bar, after all, and the notorious local’s penchant for booze, drugs and firearms was matched only by his love of motorbikes.

My ride, a pedal-powered mountain bike with front suspension and a cushy seat, is a little more tame, but it works for me. Besides, it makes enjoying the view a lot easier when you’re not holding on for dear life. You see, I’ve built my whole trip to Colorado around this idea: I’ll eat and drink and indulge myself to my heart’s content, but only after taking part in some of the state’s myriad outdoor adventures to earn that bit of decadence that every holiday needs.

The trip to Woody’s from Aspen along the Rio Grande Trail takes about an hour along a wide, hard-packed surface, built over what used to be the rail corridor of the Denver Rio Grande Western Railroad. The Roaring Fork River tumbles along on one side and Larkspur Mountain rises up on the other. Although the ride isn’t arduous, by the time I get to Woody’s, I feel like I’ve earned one of their famous margaritas. Maybe it’s the fresh squeezed lime or maybe the fact that they use Herradura Blanca, 100% Blue Agave, but probably it’s because I’ve just spent an hour in the saddle that it’s one of the best margaritas I’ve ever had.

Work Out, Part I

Colorado consistently ranks as one of the healthiest states in the U.S., and I can see why when I get to the Red Rocks Amphitheatre. This legendary concert venue, built among a dramatic natural rock formation that happens to create a perfect acoustic environment, is best known for hosting bands like U2, Rush and the Beatles.

During the day, however, the stadium with its wide tiers of bench seats becomes one enormous gym. I spot the fittest person I have ever seen, a woman in pigtails tossing around a kettlebell like it’s a ping-pong ball.

But since I’ve only just arrived in Colorado and am still adjusting to the 6,400-foot altitude, I limit myself to a few laps of the bleachers, with plenty of breaks for admiring the view, until it’s time to head north to Golden for dinner.

Eat – and Don’t Forget the Beer

Settled in the basin of a sheltering valley, this is the kind of place where the local uniform is mostly either cowboy hats and jeans or bicycle helmets and padded Lycra cycling shorts. A patio seat at the Grill Cantina in the adobe-style Table Mountain Inn provides the best spot for people watching and for getting a taste of the local specialties.

Since Golden is home to the Coors brewery, the world’s largest, it only seems polite to drink the local stuff. Table Mountain Inn is one of only a handful of places to serve the exclusive Barmen Pilsner, a German-style brew named after the town of Barmen, the actual birthplace of Adolph Herman Joseph Coors, proving, perhaps that he was born to the craft.

“Great choice,” the server says. “It takes about seven minutes to pour, but it’s worth the wait.” She’s not wrong, served in its own branded glass, the pale, frothy pint is full-bodied and bready with a sweet finish. Colorado takes its libations seriously, with 230 craft breweries and counting, 45 distilleries and a burgeoning wine industry.

The beer goes down easy, but I stick to just one as I’ve got a big, potentially life-threatening day ahead tomorrow. I need to be sharp.

The Colorado River is famous for its whitewater rafting, and the stretch we’re navigating is beautiful. After a thorough safety briefing that basically boils down to one main objective: “Stay out of the water. It’s cold.”

We ease into a spot set between 1,300-foot high canyon walls. Soon, our guide announces: “This section is called Man-eater,” and my focus shifts from scenery to angry, roiling mass of whitewater. A head-to-toe soaking – suddenly, this is no simple pleasure paddle – as the raft spins and bounces over the rapids. It’s a riot and, by the time we get to the section known as Pinball, every rafter is paddling as fast as they can.

If the goal was to stay out the water, my next activity is just the opposite.

It’s evening when I arrive at Glenwood Hot Springs, and its enormous pool glows a beautiful turquoise hue. The largest mineral pool in the world, it stretches for more than two blocks and looks like a lake. For more than 125 years, people have sought out these warm mineral waters to help with everything from depression to fibromyalgia, but I’m happy to just let it soothe my raft-weary muscles.

Sinking into the relatively cool waters of the larger of the two pools, I acclimatize before tackling the smaller therapy pool that’s kept at a constant 40 C. It steams in the cool evening air, and soon it feels like I’m the only person here. An indulgence earned is an indulgence appreciated.