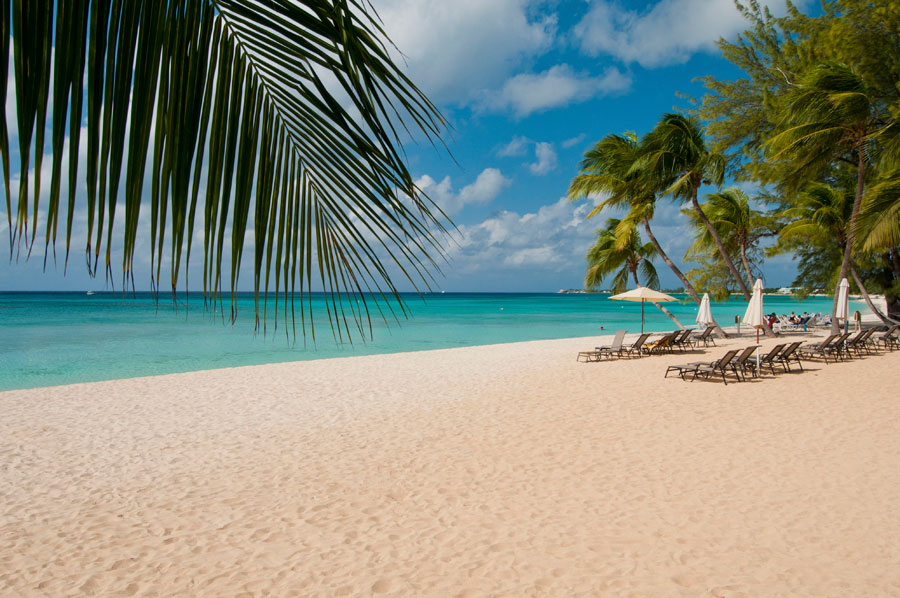 I’m just going to put it out there. I never was a beach person. I have nothing against beaches, nor the sand, sun and all the goodness that comes from the art of dipping your toe in that ocean but, honestly, for me a vacation was about early to rise, tackle the city, explore the sites, indulge in the food and come back to the hotel at the end of the day with the exhilarating feeling of having walked a million miles and explored the worlds beyond my comprehension. To me, that’s a vacation. Not the beach.

Then I discovered the Cayman Islands. Thanks to my father.

As an orthopedic surgeon, he was invited to join a team of Canadian doctors who had set up a medical practice on the island on a rotating basis, with each doctor’s shift lasting for two weeks four times a year. When he got the gig, our first question was, “So where exactly is this place?”

I come from a family where if the flight wasn’t transatlantic, the vacation didn’t happen. We heard of the Cayman Islands thanks to memorable helpings of Robin Leach’s Lifestyles of the Rich and Famous and after watching Tom Cruise and Gene Hackman follow the money trail in Sydney Pollack’s thriller The Firm as it was shot on location in Grand Cayman a few years earlier. And sure, yeah that whole tax haven thing, too. When Dad told us that he’d be frequenting the place where Tom Cruise had been, well that was an easy sell. And this was post-Top Gun, pre-Mission Impossible Tom Cruise. Where do we sign up?

Grand Cayman also had a wonderful secret. It was home to one of the most delicious food scenes. And food for us is a huge deal. It took no time at all for the culinary delights of the island to find a permanent place in our hearts. Each trip would include two things: discover new restaurants that had popped up since our last jaunt and make sure we go back to the ones we quickly called our own.

Even after Dad retired from his career, Grand Cayman continued to be a family vacation spot. As the grandkids grew older, it was always important for Dad to take the family back to the island to continue our culinary traditions while making new memories. I fell hopelessly in love with that slice of heaven in the British West Indies. In the spring of 2017, Dad was craving some Cayman time. We wasted no time and headed south. We ate our way through the island, just like we always did. The timing was kismet. Because Dad gently alluded to us that this may be the last trip for him. And it was. Four months later, my father unexpectedly passed away.

So when I was assigned to explore the culinary scene of Grand Cayman, this would be my first trip back since being there with Dad, I immediately said yes. This is, after all, the home of the famous Cayman Cookout, hosted by top chef Eric Ripert every January and a regular event attended by the likes of foodie superpowers Anthony Bourdain, Daniel Boulud and Emeril Lagasse. I wanted to rediscover the classics as well as explore the new. Even though Dad wasn’t with me, he was. Because it was through his eyes that I decided to embark on this tasty travel. Because, when that craving for Sticky Toffee Pudding hits, my mind often turns to flirting with the idea of turning that craving into a quick mini vacation. Here, how to plan your foodie vacation accordingly.

Next door to The Calypso Grill (see family favourites, below) is Catch. A fabulous eatery founded by restaurateurs Walter Fajette and Cristiano Vincentini shines brightest when taken in during the day. Overlooking Morgan’s Harbor in West Bay, this restaurant opened its doors in 2014 and brings to the table some seriously amazing al-fresco dining. The appetizers are out of this world including fresh catch ceviche with pickled onions, jicama, scallion and oranges; crispy octopus toasted in coriander with butterbeans, sofrito and chili aioli; tuna sashimi with fried avocado; and finally their West Bay spring roll, brilliantly presented fried seafood mousse in a wonton wrapper.

The Grand Cayman development scene was constantly on an upswing through our years there, but Hurricane Ivan all but destroyed the island. However, since then it has slowly but surely been able to recouperate and keep its Caymanian vibe. Most notably in the recent years, the Grand Cayman hotel scene has been thriving.

The latest addition to the beach front vibe is the Kimpton Seafire Resort and Spa. Launched in December 2016, the hotel has some pretty impressive spots; among them was the Coccoloba Bar and Grill. Steps from Seven Mile Beach, its uptown casual vibe is where one goes to show off their sunkissed style. Combining Caymanian flare with coastal Mexican cuisine, this is where they boast “Taco Stand Meets Beach Hut,” which describes this place perfectly. From Porky Belly Tacos to Escovitch Fish Tacos to Shrimp Tostadas (with roasted pumpkin seeds, white onions and cilantro) to — wait for it —  an impressive dessert presentation (avocado gelato for dessert was worth framing) and the Churros. Oh, goodness, the Churros. And topping it off is being able to toast your newfound culinary hot spot with their adorable Tiki-inspired glasses because having some fun while eating is always a good thing.

Chicken! Chicken! Traditionally, our first night fix. This locally owned restaurant with its quaint storefront at West Shore Centre shopping mall in West Bay was a must-go for us. We’d indulge in classic Caribbean wood-roasted chicken, with fresh-from-the-oven Caribbean cornbread, rice and beans and buttermilk mashed potatoes. The bright island themed decor has been welcoming locals and tourists for more than 20 years and is a staple for nearby office workers looking for a quick lunch break, hotel guests needing their own chicken fix and sun-drenched families looking to fuel up after another fabulous day on Seven Mile Beach. And for us Canadians, it’s quick and hearty and a great way to get in to the Cayman vibe.

Once our inner Cayman clock has been set, we then shift our food fest into next gear. The Brasserie nestled behind bank buildings in Georgetown, the island’s shopping district, cruise ship port and financial hub, would usually be where I would meet Dad for lunch.

Headed up by noted chef Dean Max, this unique eatery boasts old warm charm with its decor and prides itself on the island’s traditional sea-to-fork, field-to-table sustainable dining. Keep in mind that Grand Cayman is one of those magical lands where you can literally pull up to the side of the road and pick up your fish from the local fisherman who have set up their tables metres from the ocean.

So the newly branded “farm to table” is a great marketing move but that philosophy has always been the case when it comes to Grand Cayman. The Brasserie takes that ideology to the next level with a personalized fleet of deep sea fishing boats, its own expansive herb garden and a relationship with local farmers all geared to celebrate, support local Caymanian cuisine.

Once the sun sets on Seven Mile Beach, dinner is all about cracking the conch at the Cracked Conch. This gorgeous waterfront spot located in West Bay is headed up by chef of the year, Gilbert Cavallaro, the Ritz Carlton alum who is now is ringing in his 10 years at this semi-casual beach-friendly and dive-friendly eatery. You can order your own main or just order a bunch of sides and entrees and create your own tasting menu for your gang. My personal favourites are the Conch Ceviche buoyed by a magical blend of red onions, avocado, cucumber water, cilantro and tomatoes, and the Spicy “a la Plancha” Octopus with marinated artichokes and squid ink vinaigrette.

As with pretty much all the restaurants in Grand Cayman, choosing a main course is quite the task. My game-time decision would either be the seared local snapper with chorizo, Madagascar beans, confit Cho Cho and tomato salsa or the lobster fricassée nestled in moringa mash, mushrooms, asparagus and carrot confit. And the classic trademark Conch Fritters. Don’t forget the fritters.

And then there are the crab cakes, and that’s when we head over to the Calypso Grill. This always gives us a chance to shed the sand and gussy up for more delectable bites and jaw-dropping ocean views. Overlooking Morgan’s Harbor in West Bay, chef George Fowler helms the boîte, with fresh fish coming in daily from the dock next door. The bold red, blue and pumpkin colour schemes gives you solid island vibes while the culinary selection reminds you that you aren’t in Kansas anymore. From his insanely delicious Wahoo escovitch, which is worth writing home about with its flash-fried goodness, marinated onions and scotch bonnet peppers, to the crab cakes, which was always a must-order for us. And let’s not forget dessert. Fowler’s Sticky Toffee Pudding is so famous that he wrote a best-selling 150-page recipe book on it, which is also for purchase on site, because who doesn’t want to take home some sticky toffee pudding, right?

Looking to amp up the fine dining factor? Then The Wharf is the place. A jewel in the Cayman crown, founded in 1988, this waterfront restaurant now headed by executive chef Christian Reiter from Austria features an incredible view of the Caribbean waters while watching the tarpons gather just below for their nightly 9 p.m. feedings by the restaurant staff. If watching tarpons doesn’t drive the point home that you are in a magical island getaway, the food will. Mahi Mahi is another Cayman classic with tomato compote and flavourful sautéed greens. Boasting the island’s only underground wine cellar, which houses 500 wines including some of the most rarest ones in the world, this place has always been our formal dining-out-with-family spot. We always save this restaurants as one of the last ones before our trip home – mainly because it encapsulates the magic of Grand Cayman.