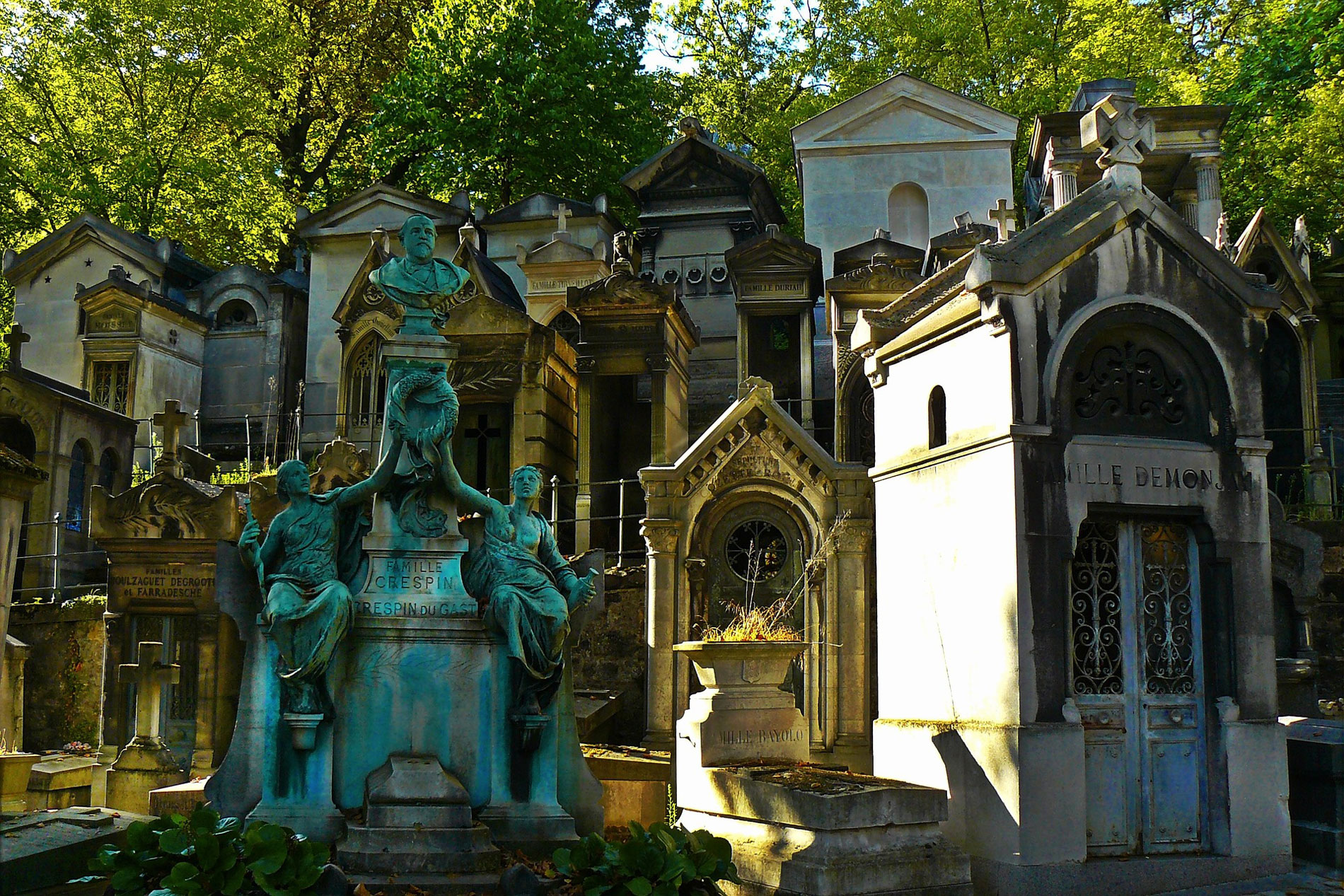 Here, exploring the dark side of the City of Light.

Fall is a time of pumpkins, giving thanks and, of course, ghost stories and scary costume parties. But it’s not just a North American celebration any more. Cities in Europe, such as London and Paris, have joined in the fun.

We asked the experts at About France to give us some of Paris’s top spots to get your Halloween fix. With history comes hauntings, and the magnificent city of Paris is no exception. Imagine walking along quaint cobble-stoned streets only to realize the ghosts of notable figures and Parisians of the past circle you. Though Paris has been deemed the City of Light, there’s no question that the French capital has a dark past.

From cemeteries to underground caverns, this list is suitable for both brave believers in the paranormal to skeptical history buffs. Why wait for Paris in the springtime?

Scroll through for five hauntingly fun hot spots in Paris.

The Catacombs of Paris – Not only will you get lost in history, but you may become lost in the maze of underground tunnels beneath the streets of Paris, where skeleton-lined walls and chambers are filled with the bones of more than six million people.

Père Lachaise cemetery – The largest and most famous cemetery in Paris is the final resting place of war heroes, artists and dancers alike, such as Oscar Wilde and Jim Morrison. Literally time travel as you admire the grandiose monuments, headstones and elaborate decorations visitors leave on graves.

Île de la Cité, Rue des Chantres– Situated on a small island under the shadow of the Notre Dame Cathedral and a frequent stop on ghost walking tours, explore the most haunted street in Paris where ghosts of young children playing in the courtyard have been seen.

Le Musée des vampires – The world’s first (and only) museum dedicated to vampires and the study of their place in folklore and modern culture. Inspect artifacts, such as a mummified cat and old movie posters, and directly speak to the famous museum director, historian and vampireologist Jacques Sirgent.

Dark Paris Haunted Walk – Experience the dark side of Paris first hand through this spooky tour, given by true Parisians and history experts. With more than 2,000 years of haunted history, this intimate nighttime tour along Paris’ oldest streets is sure to stay with you long after you’ve made it home.