Editor’s Pick: The Best Destinations to Visit in 2020 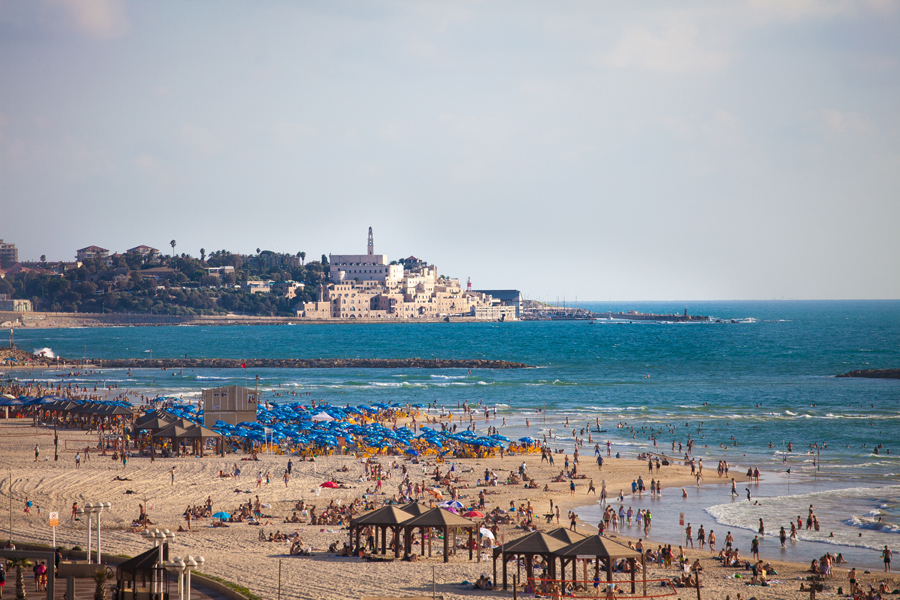 Where are the best places to travel to next? Whether it’s a trip of a lifetime or a return to an old favourite, we recommend seven destinations this year. Big events and anniversaries inform our editor’s picks, from the Summer Olympics in Tokyo to the once-a-decade passion play in Oberammergau, Germany.

Checking In on Singapore

Singapore is having a moment. Sure, it might be driven by the success of the Crazy Rich Asians book and film that were set there, but could it also be due to the fact that this place is a calm counterpoint to the turbulence in other parts of Asia. Singapore is a bastion of order with a multicultural spirit defined by the city’s essence –  a mix of Chinese, Indian, Malay and British heritage.

Raffles Singapore has just completed a facelift, with a refresh and a grand reopening on Aug. 1. When it opened in 1987, it was considered one of the greatest hotels of the 19th-century, and had a view the South China Sea.  Although it no longer has a beachfront, with the city expanding ever so, the classic vibe remains.

What started as a bungalow with 10 rooms is now a stately hotel of renovated suites. The famed Long Bar is still a must-stop destination. Order up a Singapore Sling in its birthplace, crack open a freshly roasted peanut shell, toss back the cocktail and the peanuts and then toss the shell wherever it may land. Call it nuts, but Elizabeth Taylor, Charlie Chaplin and Karl Lagerfeld all enjoyed the tradition. Peace seekers may retreat to the Writers Bar, named for those who came here to put pen to paper, such as Rudyard Kipling, Joseph Conrad and Somerset Maugham. The Raffles brand has expanded to Paris, Warsaw, Dubai, Istanbul, Cambodia, Shenzhen, the Maldives, Philippines and the Seychelles. Next up? London calling. rafflessingapore.com

There’s more than one reason to head to Germany in 2020. For one, there’s the performance of the Passion Play, which has taken place in the village of Oberammergau once every decade since the 1600s. This re-enactment of the crucifixion of Christ is considered the ultimate in community theatre, and people make a pilgrimage to see it from all over the world. For another, Berlin is in a full year commemorating the fall of the Berlin wall and the reunification of Germany 30 years ago. And in March, Hamburg will celebrate the 60th anniversary of the day The Beatles touched down and started two years of gigs where they honed their craft, a period they once described as their apprenticeship. Need more? It’s the 250th anniversary of Beethoven’s birth, and Bonn, the German composer’s birthplace, will be the centre of classical music fans’ attention, with year-long celebrations, exhibits, concerts and more. Ode to joy, indeed. germany.travel

All eyes will be on the Land of the Rising Sun this year as the country welcomes the best athletes in the world for the 2020 Summer Olympics in Tokyo. In keeping with the fitness theme, Japan is known for its wellness offerings, from beauty to spa to meditation. A short transit ride away from the city centre, in Western Tokyo, hikers will appreciate a trek through the Okutama area, while in Nagano, host of the 1998 Winter Olympics, the Akasawa Forest is known as the place where shinrin yoku, or forest bathing, got its start. Of course, onsen, or hot springs, are never too far away. The area of Kagoshima is rich with them, as well as beaches with black sand used in therapy. Just offshore, the islands of Osumi include Yakushima, a sub-tropical oasis where you can also “bathe” in the forest among cedar trees that are said to be more than 1,000 years old. japan.travel/en/ca

Put Spain on your where-to-eat-next list. Your taste buds will thank you and that Mediterranean lifestyle adds up to what some forecasters predict as the recipe for the Spanish to win the longevity lottery. By 2040, people in Spain will have the longest lifespan – 85.8 years – and diet is key, according to the Seattle-based Institute for Health Metrics and Evaluation. Though Spain is home to some of the most innovative, Michelin-starred restaurants in the world, it’s really due to a Mediterranean Diet, a way of life. It doesn’t hurt that the growing season allows cooks access to fresh ingredients almost year-round. You may want to  stop in Seville, not just because parts of Game of Thrones were filmed there, but because the air is infused with the citrusy scent of the famous Seville orange. Breathing it in becomes an instant pick-me-up. spain.info

When the governor of Maryland, Larry Hogan, declared 2020 as the Year of the Woman in the state, it opened up a whole new reason to travel. First, it commemorates the 100th anniversary of a woman’s right to vote in the United States (Canadian suffragettes were going to the polls two years earlier), but that’s just one milestone worth noting. Escaped slave turned freedom fighter Harriet Tubman, the Underground Railroad conductor and suffragette who was recently immortalized on film in the movie Harriet, will be celebrated at her eponymous visitor centre in Dorchester; sisters Claribel and Etta Cone will be highlighted at the Baltimore Museum of Art for their bequest of thousands of artworks, including paintings by Gauguin, Cezanne and van Gogh; and the Montgomery Country home of Clara Barton, the founder of the American Red Cross, has been designated the Clara Barton Historic Site. Of course, there’s a less serious side, too. Maryland breweries throughout the state have partnered to create Suffragette Stout so we can all raise a glass to the women’s movement. Cheers!
visitmaryland.org/list/2020-year-woman-maryland

For faith-based travellers, a trip to the Holy Land is the ultimate pilgrimage. And Israel is making every effort to welcome all, including those with all types of travel needs. Take Jerusalem’s Old City, for example. The urban planners have given the UNESCO World Heritage site a makeover with accessibility updates, not an easy task as its walls are subject to special preservation regulations. The mobility-impaired will now have better access to the cultural richness of this historic place, including the four kilometres of streets in the Muslim, Armenian and Christian quarters, with handrails installed along many of the staircases. In Tel Aviv, hotels are making a big push. Nobu Tel Aviv and Mandarin Oriental are both on track to open in 2020 and 2023 respectively, busting the luxury hotel market wide open. And both Air Canada and El Al airlines are increasing flights via Toronto. If you’re up for a day or two in Lisbon, TAP airlines offers a free stopover en route to Tel Aviv. Mazel Tov. canadavisitisrael.com A view of the papal palace from the Pont d’Avignon, Avignon, Provence, France. Photo: Vivian Vassos

What is it about the word Provence? Is it the romance it evokes? The year in the writer Peter Mayle’s life that became a best-selling memoir? The postcard views of lavender fields, swaying just so in the breeze, or the citrony yellows and saturated blues in the fabrics and the pottery? I would argue it is all of the above, but beyond that, it is a sunshine-soaked southern view of France that kisses Mediterranean culture ­– embracing a border with the north of Spain and hugging the principality of Monaco – where a mix of food, wine and a joie de vivre makes it unique. It is the vineyards of the Vaucluse and Dordogne, and  the spot where popes decamped when things went awry in Rome. The papal palace in Avignon still stands, a fortress as much as a castle. If its solid stone walls could talk, it would whisper of intrigue and the machinations of the nine popes, including Pope Benedict XII and Pope Clement VI, who reigned here in the 1300s. So powerful was the papacy, wielding its religious right over the people, it took them less than 20 years to build. Inspiring, indeed.  ca.france.fr/en  www.provenceguide.co.uk

The World Is Your Oyster: Adventures, Discoveries and Getaway Ideas for Your Next Vacation

The World Is Your Oyster: 4 Destinations for Your Bucket List

Living the Dream: Savouring Provençe on a River Cruise