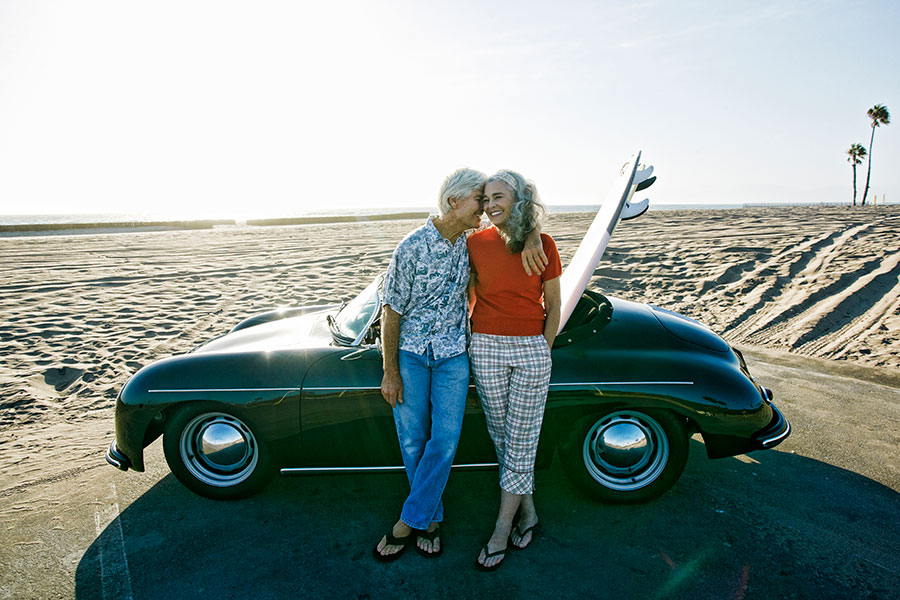 Starting the tourism industry back up after travel restrictions are relaxed will be key to our bounceback, both in terms of the economy and our morale. Photo: Peathegee Inc/Getty Images

“People will need to travel again.” These words, mentioned in Prime Minister Justin Trudeau’s address to the nation on Friday, may not have been the focus of our government’s next step – which is to offer much needed assistance to small businesses and how to reopen our economy – but it did resonate with a community very hard hit by the current circumstances. “It won’t be as simple or as easy as flipping a switch,” Trudeau said. But people will need to go to restaurants again, he added, and people will need to be tourists again, in different places across the country and around the world.

And when we say community, we mean the global community as a whole. According to the data gatherer Statista, travel and tourism directly contributed approximately US$2.9 trillion to GDP in 2019. And just as we’re reminded that a restaurant closure has a greater impact on the food chain as a whole, right down to the farmer who provides the food, tourism, too, is more than just an airplane or a hotel.

The value of travel goes well beyond monetary worth

And the value of travel goes beyond any monetary worth. Studies out of Cornell University and Harvard University cite that the experiences we bring home with us, those memories we’ve made while travelling, are worth more than a material purchase. That intangible je ne sais quois connection stays with us for life. What we learn from meeting new people, tasting new foods, hearing another language or looking at the world through someone else’s eyes has a cumulative effect on happiness that is priceless, allowing for a better cultural understanding and respect. Consider travel at home or abroad a life-long learning classroom, good for the brain and the soul.

That said, the tourism sector — as outlined by the United Nations World Tourism Organization (UNWTO) when announcing its #traveltomorrow initiative — is made up of small and medium-sized businesses to the tune of about 80 per cent, so Trudeau is on to something. The trickle-down effect is massive, whether we play tourists in our own towns or experience cultures half a world away — both of which, when we do get the green light to get up and go, will help to restart the economic engine.

Speaking of trickle down, the International Luxury Travel Market (ILTM) states that the global luxury travel universe accounts for US$2.05 trillion and, when that grinds to a halt, so does its ecosystem, like the smallest local restaurants or artisans or conservationists who rely on the tourism dollar to survive. “I am very much concerned about Africa and safaris,” says Mary Jean Tully, the founder and CEO of Tully Luxury Travel. “Every room night goes toward the conservation of the animals and the communities,” she notes. “From the safari camps buying their vegetables for their guests from farmers locally who grow the food, it greatly affects everyone. There’s a danger of poaching rhino horn and elephant tusk starting up again, in order to make a living. Even a place like Thailand, with the elephant population at reputable elephant sanctuaries, relies on tourist dollars and, right now, there are no tourists to feed the animals.” As compared to the global automotive industry, which employs approximately 5.6 million, the luxury travel sector employs about 105 million. And it’s not just luxury. Over the past five years, one in four jobs were created in the overall travel universe.

We’re ready to get going

But there are indicators we are ready to go. Preferred Hotels and Resorts surveyed their loyalty members, of which approximately 4,000 responded. In the report, 54 per cent of members say they are still planning to book a trip in 2020 and will do so as soon as travel restrictions are lifted. And, of that, 17 per cent say they’ve already booked a trip for later in the year. “Our cruise business has not been impacted at all,” says Tully. “In fact, everyone that had future cruise credit who had booked with us is taking advantage of it.” And although Tully does think a lot of people might still be a little shy about cruises or hesitant if they haven’t cruised before, “those that have cruised before definitely are booking everything from the Caribbean to world cruises for next year to the South Pacific, Australia and New Zealand.”

Of course, many of us will start closer to home. Over the last few years, Canada, according to the experts at the Virtuoso luxury network of travel advisers, is consistently our go-to for autumn, pandemic or not. It seems that, for Canadians, it’s a time to explore our own backyard, with bookings ranking our country as our No. 1 pick from September to December. As the weather begins to cool again, we’ll be looking at Mexico as well as the fairly COVID-free Caribbean – all of which will benefit from the cultural and economic influx. This is truly travel with a purpose 2.0. And for those ultimate trips, having the guidance of a professional travel adviser to find those less-travelled, less-crowded destinations where one can be more cautious and feel at ease and know all the details are taken care of right down to travel insurance will be part of the new normal.

“Initially, people thought that they were going to stick closer to home,” says Tully, “but I am absolutely and pleasantly surprised as there are many people booking for the late fall and certainly the holidays and all into next year, everything from Mediterranean to Hawaii to Antarctica.” That being said, Tully is still seeing bookings close to home, for instance to see the fall foliage in September and October, and people on the West Coast looking to see the East Coast. “And Florida for November and December.” Tully also believes that with all the postponements of trips, next spring will book up early, as travellers will still want the experiences it brings – and some don’t want to wait that long. “I have a client that just booked a culinary class in Paris for September! I’m amazed at how many bookings we are getting on a daily basis. Surprisingly, many itineraries are full for late fall this year and certainly over the holidays.”

For now, we’ll armchair travel and #dreamnowtravellater and leave you with the words of Justin Trudeau: we just have to “get through this moment of hibernation” – and hopefully come out of it rested and ready to explore once more.

If you’re looking for staycation inspiration, sit back, relax and read up with our stories here.