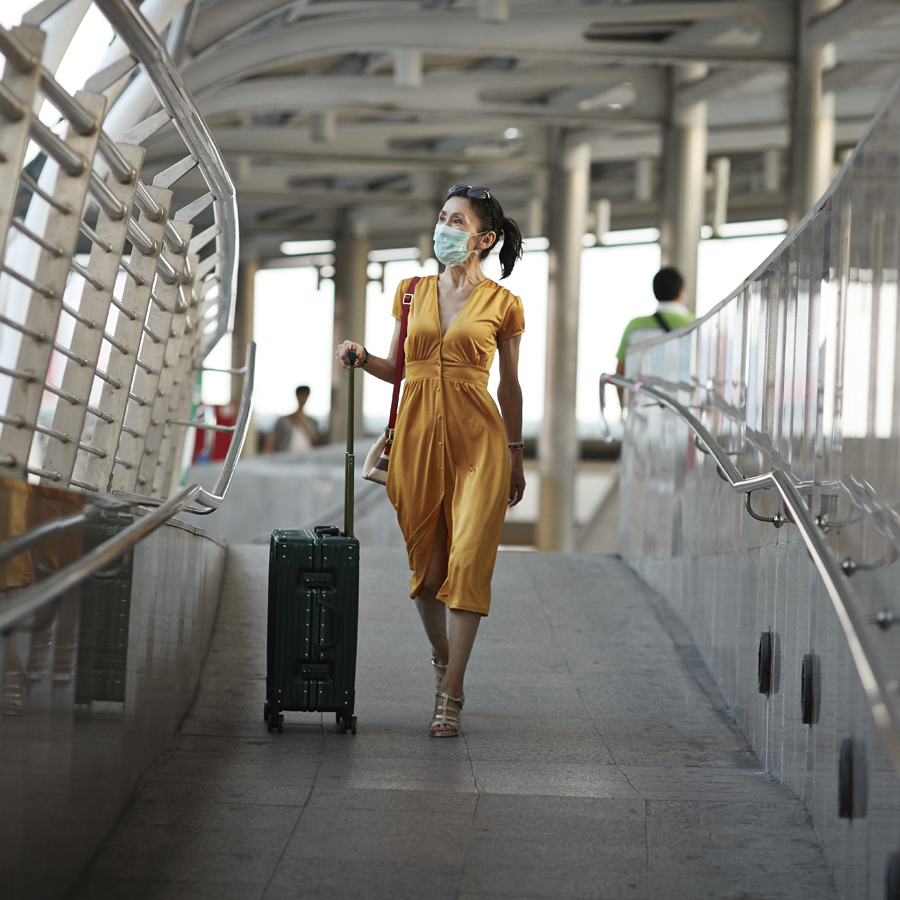 On Thursday, the United Nations World Tourism Organization (UNTWO) released a set of global guidelines to assist in giving tourism a reopening leg up. Photo: Klaus Vedfelt/DigitalVision via Getty Images

Is the world ready for tourism? On Thursday, the United Nations World Tourism Organization (UNTWO) released a set of global guidelines to assist in giving tourism a reopening leg up.

The agency is looking to nurture a strong and sustainable recovery. Safe, seamless travel and restoring confidence are key priorities, established in consultation with the cross-sector Tourism Crisis Committee, which was formed to respond to the COVID-19 crisis.

Having a consistent global guideline to follow is good news. But, of course, this all depends on when travel restrictions are lifted. The UNTWO says that international tourism could fall by between 60 and 80 per cent, putting more than 100 million jobs at risk and a possible US$1 trillion lost in exports.

The guidelines are described as safe and secure protocols for tourism recovery, based on the health and welfare of all travellers while mitigating economic impact by means of a co-ordinated response and innovation.

Re-establishing traveller confidence is paramount. And the protocols are designed to reduce risk from the minute you leave home to the minute you return.

Where appropriate, procedures would include temperature scans, testing, physical distancing, enhanced frequency of cleaning and hygiene kits for air travel, hospitality and events deemed safe through enhanced distancing. Think, the circles being drawn out every two metres in public parks. Restrictions would be lifted only when it is safe to do so and, as much as possible, in co-ordination with other destinations in a region.

But safety and trust are only a part of it. The UNTWO is also calling on governments to both ensure that the tourism industry is included in economic emergency packages and place sustainable tourism firmly on the national agenda.

And the traveller? They’ll benefit from tourism rebounding on a stronger footing, as protocols will be better upheld, but there’s also that confidence thing. As part of the guidelines, the agency is recommending ways to ensure consumer protection and confidence.

They say fair arrangements, meaning more flexibility, should be part of the process. Particularly with the rescheduling of cancelled vacations; using alternative methods to settling disputes; and resolving refund issues as as to avoid costly lawsuits. Plus, just making things easier for the traveller including straight forward info on travel restrictions.

And consider the further facilitation of visa policies for temporary visitors. Governments and regional blocks are encouraged to work on travel facilitation with the aim of moving towards e-visa/visa on arrival/no visa policies.

Starting in 2021, the European Union has stated that all Canadian passport holders will need a visa to enter the EU. It may be possible that the union will consider easing this restriction, knowing that it may hinder travel rebounding even more.

But here at home, domestic tourism should help start rebuilding national and local economies as soon as it’s safe to do so, and the UNTWO believes that domestic tourists are expected to be among the first to travel again. And this is a good thing.

According to the Travel Industry Association of Canada (TIAC), it’s a pretty good business. In 2018, tourism brought in about $90 million and accounted for 1.7 million jobs (yes, we said million). In a recent state of the industry, TIAC noted: “Tourism is one of the few truly national industries that generates business in every region, province, territory, town and community.” And as reported earlier this week in the National Post, updated numbers pre-Covid-19 put its value at $102 billion a year, making it the fifth-largest sector — bigger than telecommunications and mining, and employing 1.8 million Canadians.

There’s even a suggestion that employers encourage their staff to take more vacay days in their own backyard — something Australia has been doing for years — but in the COVID reality, via governments moving a few public holidays around to later in the year. A Victoria Day re-do in November? Why not?

And, yes, even Google comes into play. The group says the tech sector can help streamline the education and skills training across the global tourism sector. Boning up on new protocols could be done digitally with access to free training via the UNWTO Online Academy. Apps, too, will be used to foster consistency throughout airports and hotels and, can also be used as a reminder to physically distance.

“We are thrilled to be working more closely with Google,” UNTWO Secretary-General Pololikashvili said. “The past weeks have highlighted the enhanced role technology plays in our lives, and furthering the digital transformation of tourism will make the sector more resilient and create opportunities for people all around the world.”

Provided the tech doesn’t invade our privacy, of course. In the new COVID reality, we may even have to Google that.

COVID-19: How to Keep Safe as Lockdowns Lift and the Weather Warms